UMDF, an association of former KAS scholarship recipients also adopted a new constitution during the same meeting held at Imperial Royale Hotel in Kampala. With the new constitution membership to the association with be opened to accommodate non-beneficiaries of the KAS programme as well since there are many other professionals who share the values and objectives of the media organization.

Mr. Yusuf Kiranda, KAS Programme Officer applauded the fundamental contribution UMDF has made to media development in Uganda which he said was crucially important in the building of democracy. Representing the KAS Country Representative Peter Girke he conveyed KAS’ appreciation of the 16 years of cooperation with UMDF and that KAS still maintains interest continue with the relationship.

Outgoing board Chairman James Kigozi thanked KAS for being a major ally in UMDF undertakings. He was grateful to the UMDF Secretariat for the support accorded to him during the two terms he served as Chairperson. Meanwhile, JB Wasswa the new Board President promised to take a new strategic positioning of UMDF to increase on the impact and visibility of the organisation’s activities. 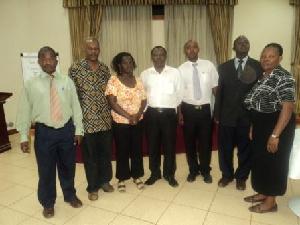