Public Dialogue on the Role of State Institutions in a Democracy

by Yusuf Kiranda, Maike Messerschmidt
A panel of high ranking experts from politics and the academia have underscored the importance of strong and clearly mandated state institutions to democratic development. They, however, noted that such institutions are presently lacking in Uganda. This was a consensus reached at the KAS supported dialogue organised by Makerere University Convocation (MUC), February 12, 2013.
February 12, 2013 Ordering Information 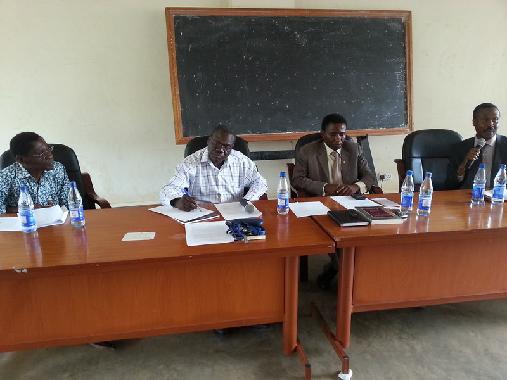 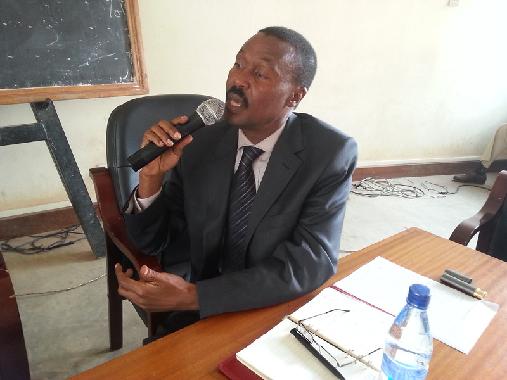 KAS
Rtd. Maj. Gen. Mugisha Muntu is highlighting that there is no justification for a takeover of government by the military. 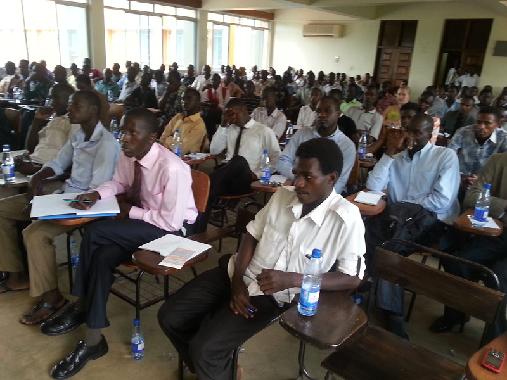 KAS
After the panel discussion the participants had the opportunity to pose questions to the panellists. 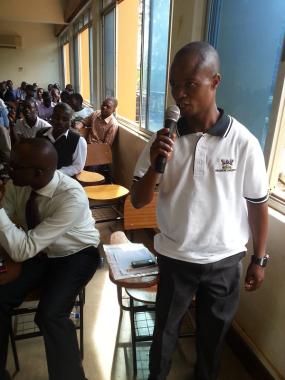 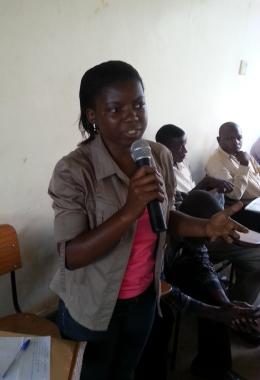 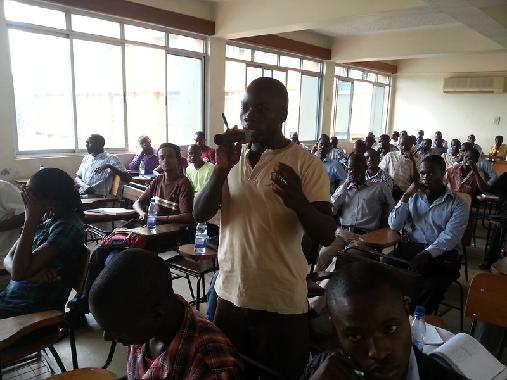 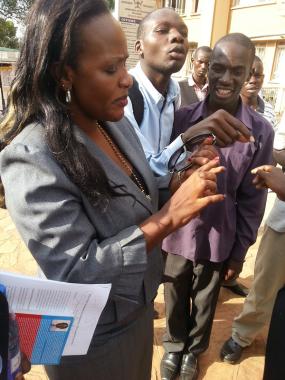 The public dialogue at Makerere University was held against a backdrop of noticeable tensions between key state institutions in Uganda – mainly the executive and the legislature. According to political analysts have the executive in Uganda holds a strong control over the country’s parliament and other institutions – quite often leading the legislature to perceptibly fulfilling a ‘rubber stamp’ function. This situation, however, seemingly changed towards the end of 2012 – starting first with the raging debate over the management of the country’s oil resources. Parliament in this regard exhibited confidence when it vehemently – although unsuccessfully – objected to certain proposals from the executive leading to a fierce and at times chaotic exchange between the two government organs. Later in the same year, the mysterious death of a female legislator critical of high ranking government officers and the resultant claims of foul play once again put parliament and the executive at loggerheads. Several members of parliament had to answer cases before the police department in connection to the foul play claims.

The apparent conflict has not involved parliament and the executive alone; other state institutions - mainly the armed forces - also found themselves drawn into it. For quite some time there have always been speculations about a possible military coup. These speculations gained momentum again towards the end of 2012 with the president being quoted in the local press as having insinuated at the caucus meeting of his party, the National Resistance Movement (NRM) that a military coup was indeed possible. This was followed by statements attributed to the head of the military indicating that the army would take over government if it came to the conclusion that the (elected) politicians had failed. This discussion continued to exist amid a general perception that President Museveni personally enjoys relations with and has control over the army – and, according to some experts, a possible military coup would probably only be an overthrow of parliament and not the person of the president.

While the above discussions remained generally speculative, they continued to significantly influence the political debate in the beginning of 2013. This is where KAS and MUC came in: being inspired by the current debate to constitute a panel of experts to holistically discuss the question of state institutions and their role in a democratic society. The panel included Professors Yasin Olum and Aaron Mukwaya of Makerere University; and a former Army Commander (presently head of Uganda’s main opposition party – the Forum for Democratic Change) Rtd. Maj. Gen. Mugisha Muntu. Hon. Naggayyi Nabillah Ssempala represented the parliament.

KAS Programme Manager, Yusuf Kiranda while stressing the foundation’s commitment to democratic consolidation also emphasised that strong and credible state institutions are essential to achieving democracy and good governance. He pointed out that these institutions aught to be clearly mandated and need to be accorded the space to effectively fulfil their functions.

In his elaborate presentation, Prof. Olum chronicled what he called Uganda’s “history of political unrest and decay” which lasted about two decades after independence to the extent that most institutions atrophied with it. He noted that it was this history that led to the construction of “a hybrid system of presidential-ism and parliamentary-ism”. He further explained that the apparent conflict between state organs is in certain aspects a reflection of the complexities of the “hybrid system”. He also challenged certain state institutions including the military for quite often acting in a partisan way. To him it is not only essential that strong institutions are built but rather institutions that are nationalistic and serve the interests of all Ugandans and not a particular regime. His ideas received the approval of other panellists particularly Prof. Aaron Mukwaya who concurred that the partisan tendencies exhibited by certain state institutions have irreversibly dented their credibility.

Perhaps for the fact that the question of a possible coup by the army featured prominently in the discussion the views of its former commander, Maj. Gen. Mugisha Muntu attracted the attention of many. While dismissing the coup claims he pointed out this would be an extreme danger including to the army itself. He emphasised that there is no justification for a violent takeover of government in Uganda routing strongly for political solutions. He agreed with a need for strong institutions including within political parties.