The Governance and Accountability Inter-District CSO Network Uganda (GAIN-Uganda) and the Konrad-Adenauer-Stiftung (KAS) invited elected and appointed leaders as well as representatives of the civil society in Moroto District to have a two day workshop on good governance and accountability. GAIN-Uganda and KAS developed a programme which is supposed to strengthen mechanisms for transparency and accountability in the district.
November 11, 2015 Ordering Information 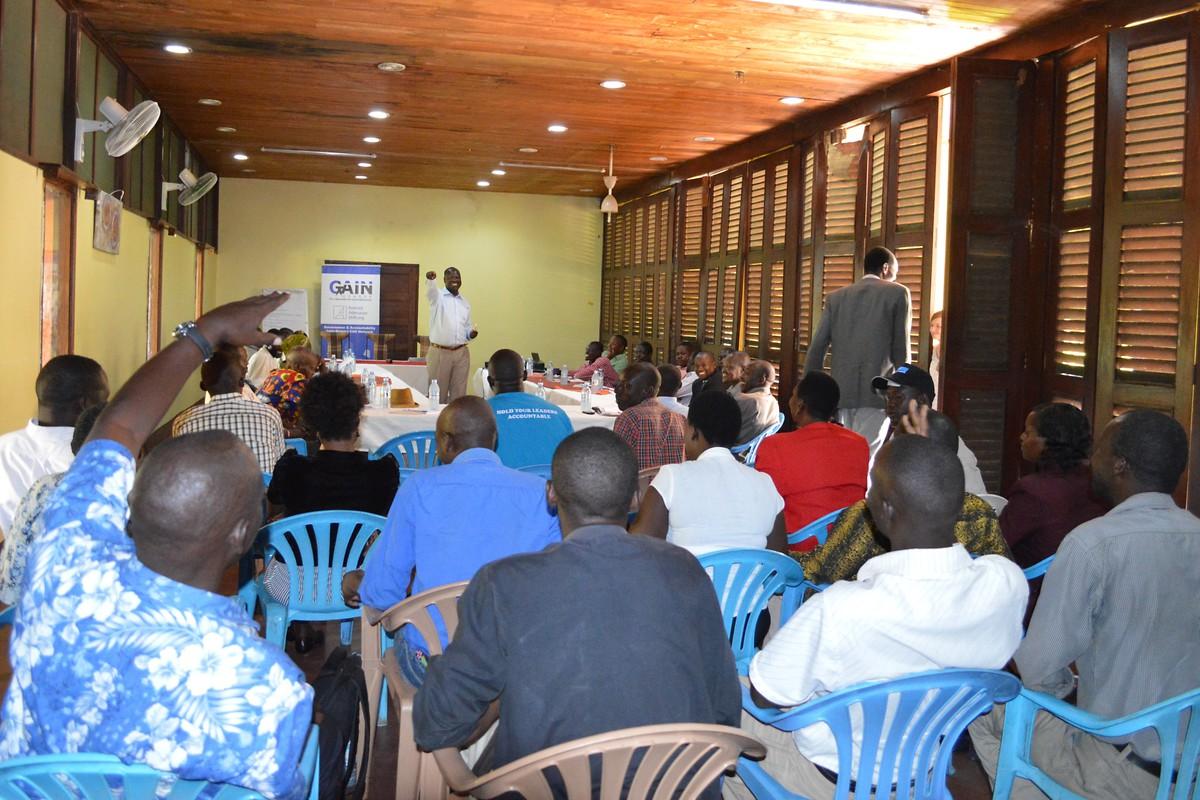 The workshop started with a joint session of civil society and political leaders on characteristics of a good leader. 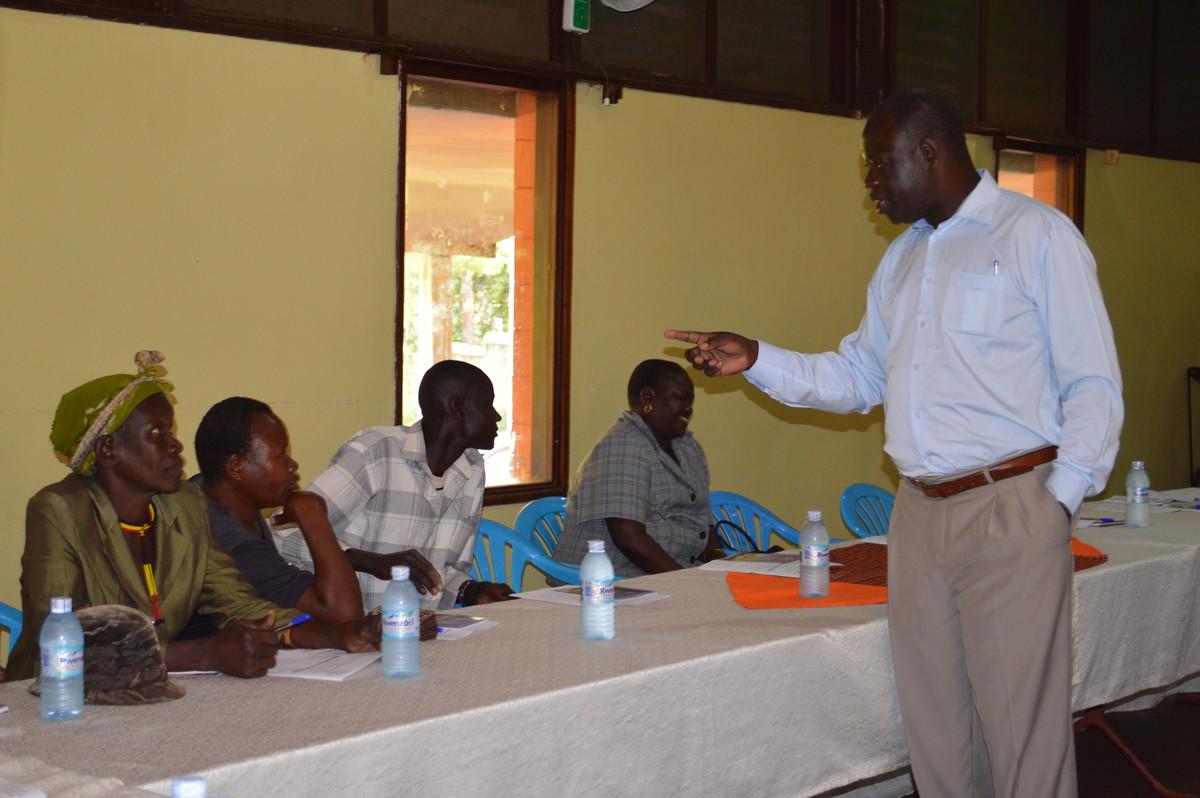 After that, the appointed and elected leaders engaged with Dr. Milton Mutto on issues of good governance,... 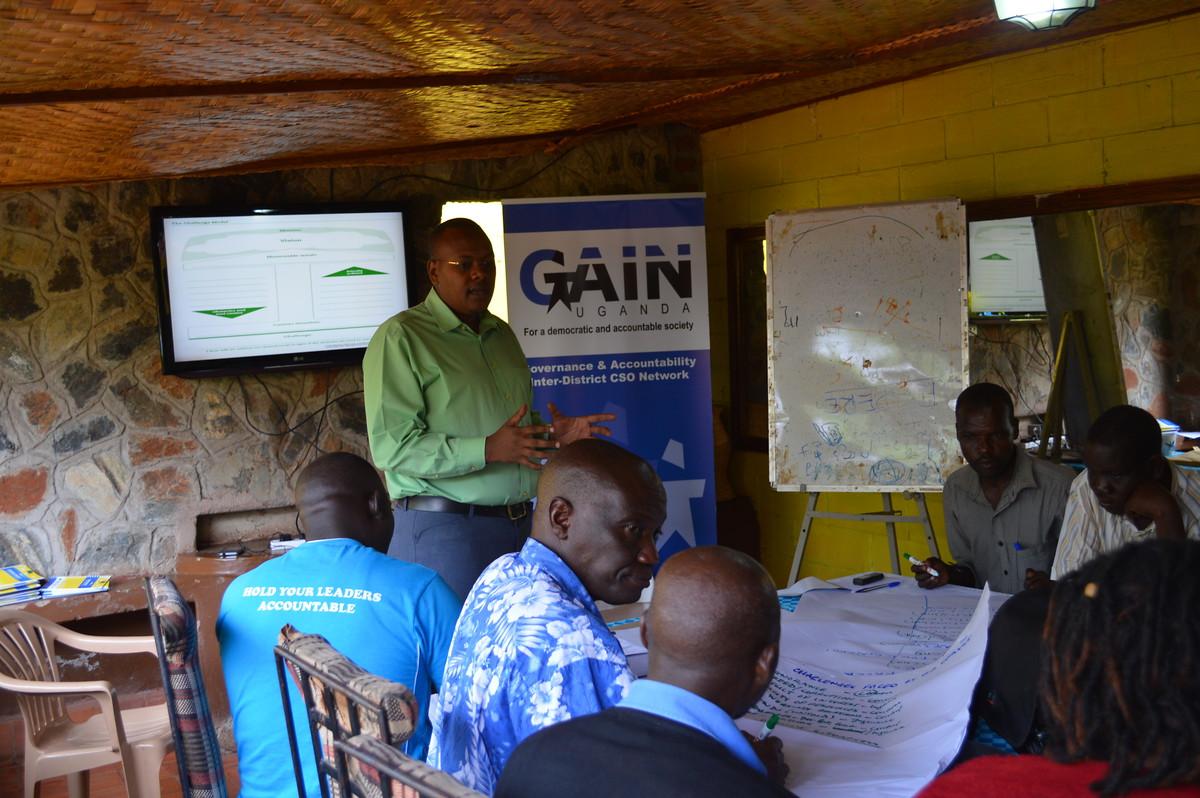 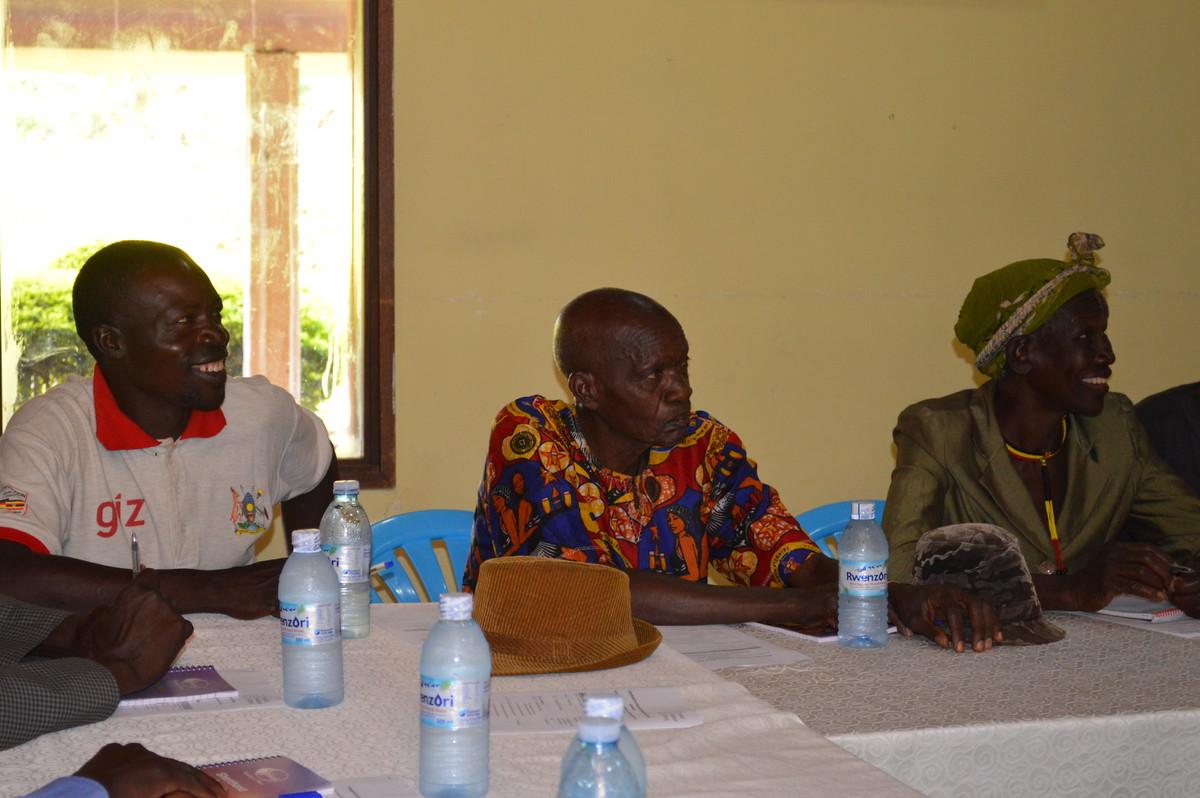 Both groups used the opportunity to speak their minds freely... 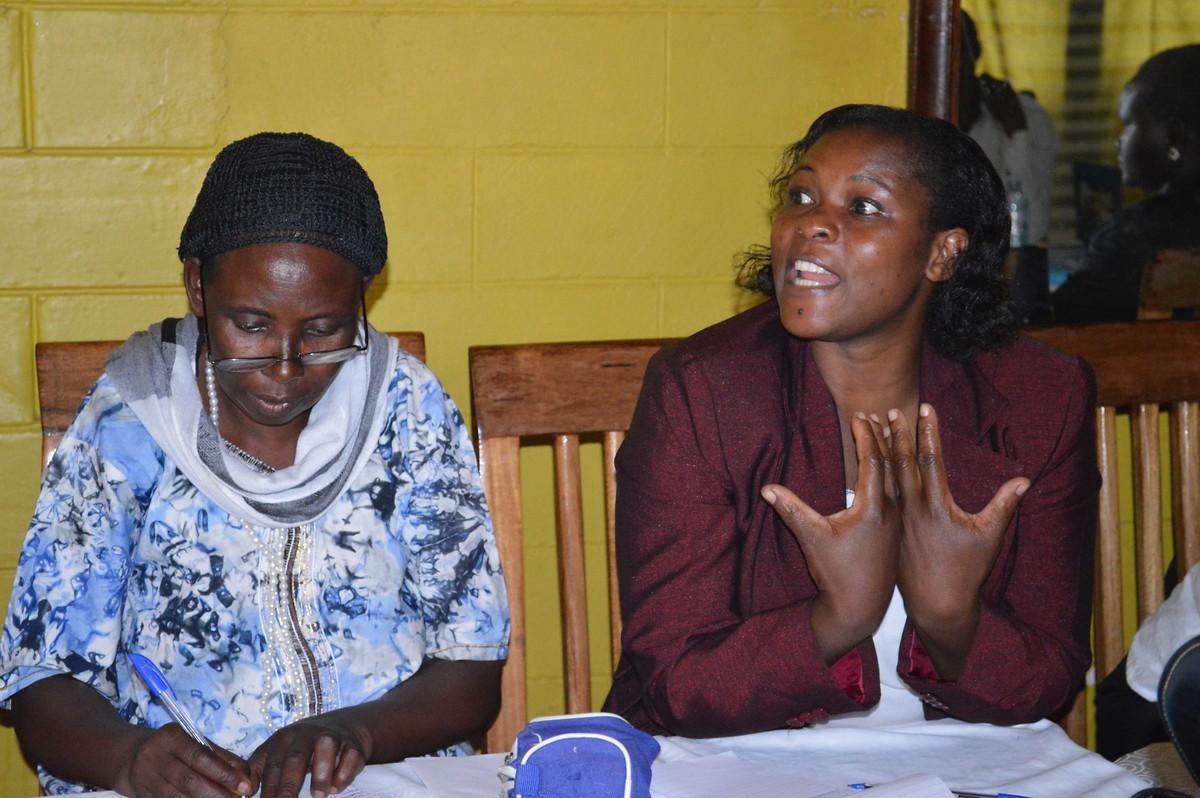 ... and discuss the challenges and possible solutions they see for Moroto District.

The approach of this workshop was to provide separated trainings for the elected and appointed leaders as well as the representatives of civil society. While the elected and appointed leaders were trained by Dr. Milton Mutto, Executive Director of the Pincer Group International, on good leadership and involvement of citizens, Dr. Arthur Bagonza, Member of the Pincer Group International, trained representatives of civil society on their rights as citizens and their role in the decision making process.

After welcoming remarks form Mr. Bernhard Mukhone, Programme Officer at KAS, and Mr. Samson Okurut Emasit, Representative of GAIN-Uganda, Dr. Mutto started the training with a joint session where all members collected characteristics and attitudes of a good leader.

Following this, the group was divided into two groups and both continued with a separated training. In groups of three to four people the representatives of civil society worked on the issue of leadership problems in their environment. They pointed out several problems and concluded that most of the problems Karamoja was dealing with, like hunger, poverty and poor infrastructure, were caused by poor leadership. The participants discussed how they might be able to solve the leadership problem and to what extent civil society is able to influence the challenges.

At the same time, Dr. Mutto led a similar discussion with the political leaders on what kind of problems Karamoja was facing and how they could be solved. He talked with the participants about the meaning of good leadership and how they were in position to improve things significantly.

After that, both groups discussed the meanings and principles of democracy, Rule of Law, human rights, participation, political pluralism, representation, good governance and accountability, civil society and media, and Uganda’s political system in separate session. To have the same basis and understanding on the democratic structures in Uganda and to clear misunderstandings, this part of the workshop was extremely important for the participants.

The representatives of civil society were asked to monitor a certain project which was implemented by the local government. Dr. Bagonza explained that this method might help to hold the leaders in a community accountable.

To confront both groups with their results and to create a fact-based discussion, a second workshop will be implemented. In two weeks, all participants will meet again and analyse their results. Especially the monitoring results of the civil society group might be interesting in terms of shining light on public service delivery in Moroto District. The second workshop will also give the political leaders the opportunity to respond to the outcomes of the monitoring group and to discuss the results of their self-assessment with the goal of reflection and improvement of leadership.

Strengthening the Demand and Supply Side of Local Governance

The Workshop was the first up-Country activity of GAIN-Uganda, the Governance and Accountability Inter-District CSO Network - Uganda.