Refresher Training: How Can District Women Councilors Enhance their Participation in the Political Field? - Foundation Office Uganda and South Sudan

Refresher Training: How Can District Women Councilors Enhance their Participation in the Political Field?

KAS, together with ACFODE (Action for Development) has conducted a refresher training in Apac from 14th to 15th February, to strengthen gender equality in the political sphere and equip female district councilors with the necessary skills and knowledge to effectively take part in the political decision-making process.
February 22, 2018 Ordering Information 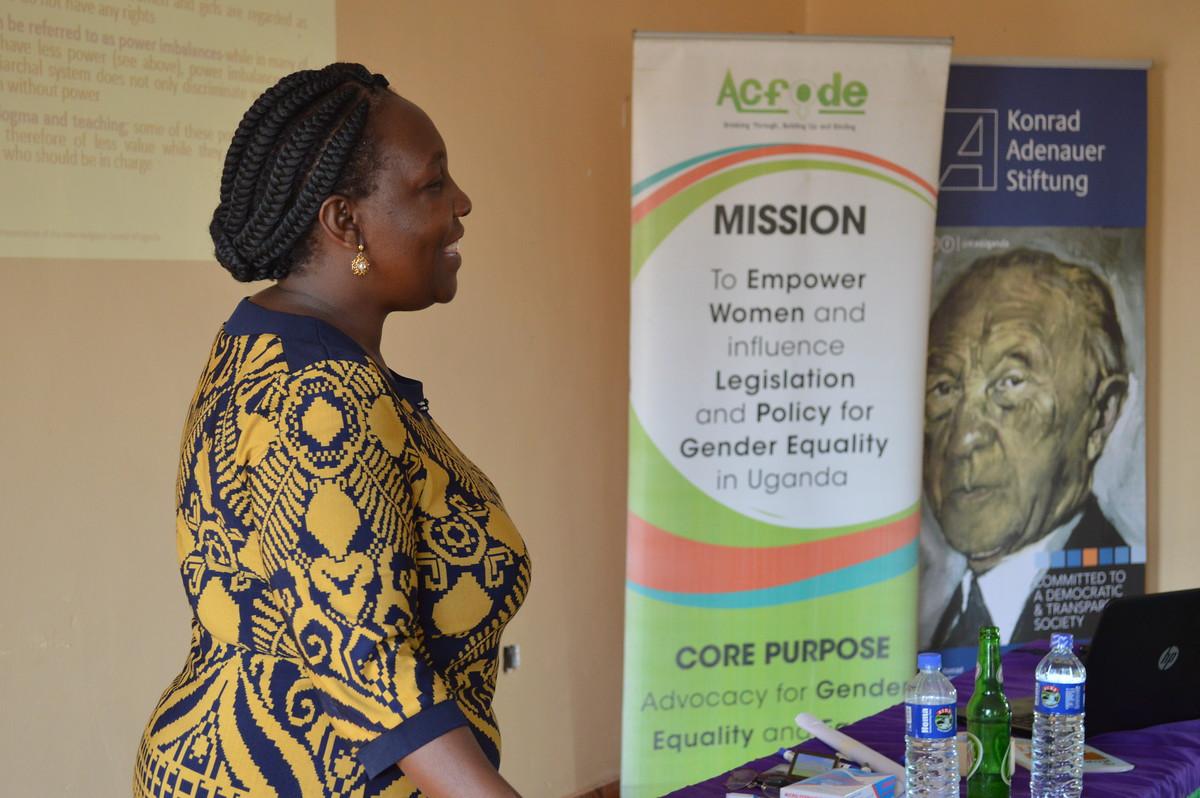 Uganda´s constitution recognizes gender equality as a fundamental human right and specifically highlights the rights of women to reach their full potential in social, economic and political activities. Furthermore, the Local Government Act sets principals, whereby 30% of local councilors must be female while every district has to elect at least one women representative. The past affirmative actions enhanced the participation and empowerment of women in political offices and increased female representation at all levels of governance from 18% to 30% within the last 25 years.

While the constitutional framework of female inclusion into the political sphere has been set and women´s participation at national level has enlarged significantly, political participation of women at district level is still low: only 3 out of 117 district chairpersons are female while approximately 40% of local government seats are upheld by women. Women leaders still face numerous challenges while carrying out their mandate due to limited knowledge on relevant laws and policies, a lack of skills on how to set priorities within their department and the commercialization of politics as a male dominated field which hinder women to effectively participate in the political field.

Promoting gender equality and enhancing female representation in politics is one of our key targets in Uganda. Thus, the refresher training for district women councilors taking place in Apac aimed at strengthening transformative representation of women in politics and contributing to a diverse and competitive field of politics.

Opening the training, participants firstly shared their expectations on gaining better understanding about their roles as political leaders, as well as finding approaches on how to improve gender equality within their community.

The training was facilitated by Nicholas Akwang, Principal Township Officer of Apac, who kicked off with a short introduction about gender, merging into gender mainstreaming and gender budgeting. “Not behind, but besides every successful man stands a comparably successful woman”, as Nicholas shared his idea of gender equality, which starts by lifting up men and women on the same stage. To promote gender equality effectively, gender mainstreaming is a powerful tool whereby the different interests and needs of women and men are respected within all decisions and levels of society. Gender mainstreaming however, can only be received through gender sensitive budgeting. In every kind of action concerning the public budget of the state or community, it considers the continuous equalization of men and women.

Carol Idembe, Gender and Advocacy Specialist with the Inter Religious Council of Uganda took the participants through a session about gender based violence (GBV), sharing her knowledge and experience about working on gender related issues. “Although women are often seen as holding the weak position in society, they should never feel discouraged to run for political office.”

Besides gender related topics, the understanding of multiparty politics was an overarching theme of the refresher training. Participants received a broad knowledge about their roles and position in the community to actively contribute to a multiparty dispensation. At the end, they shared their feelings about the necessity of such trainings, in order to lift up women and equip them with crucial skills to run for political offices and fairly compete with men in Ugandan politics. 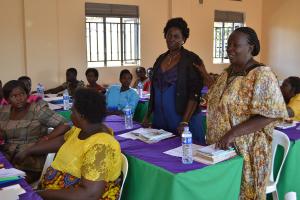 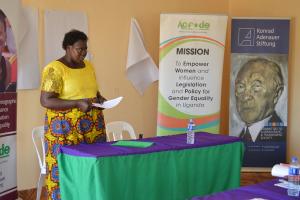 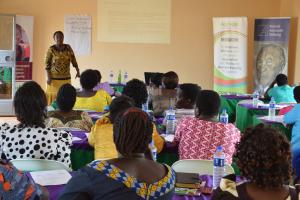