The discussion involving civil society, public communicators, and media focused on the social media phenomena, how it is influencing citizen – state relations, and challenges it presents to media reporting and dissemination of news. It conference held on July 14th 2015 at Kampala Serena Hotel. Over 178 participants attended the full day meeting.
July 23, 2015 Ordering Information 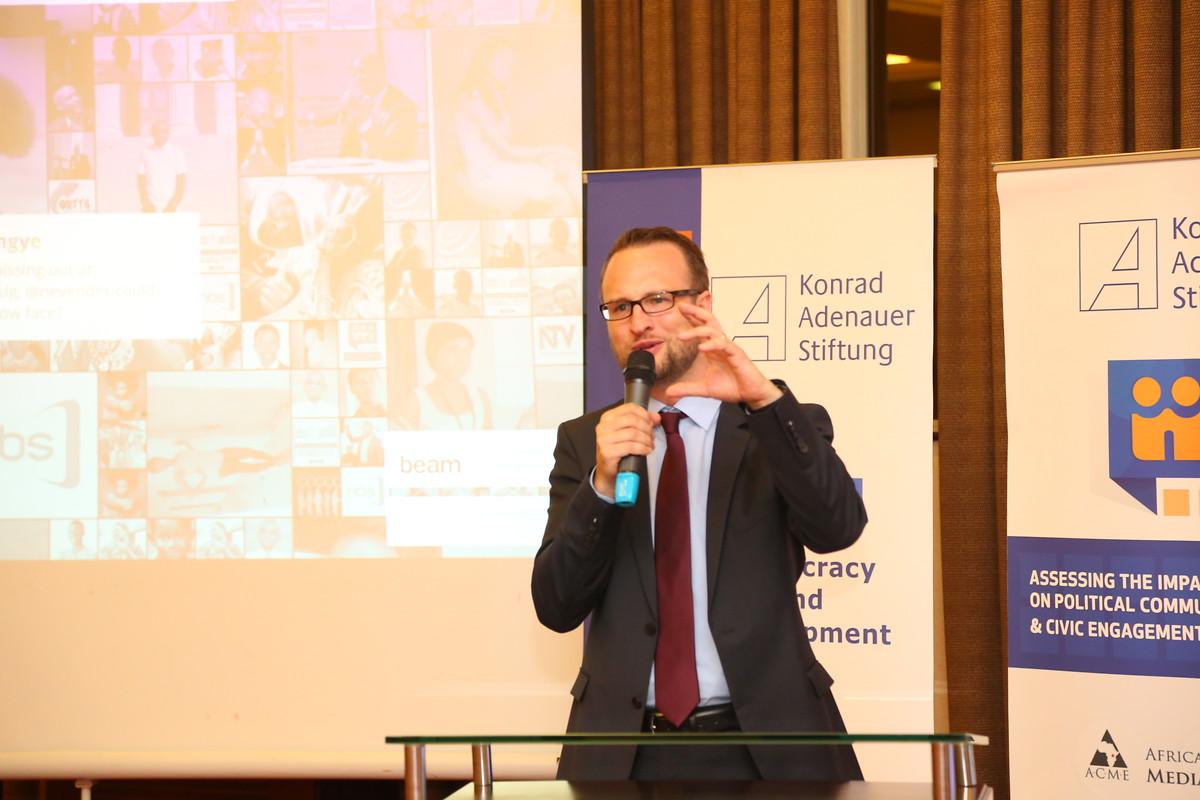 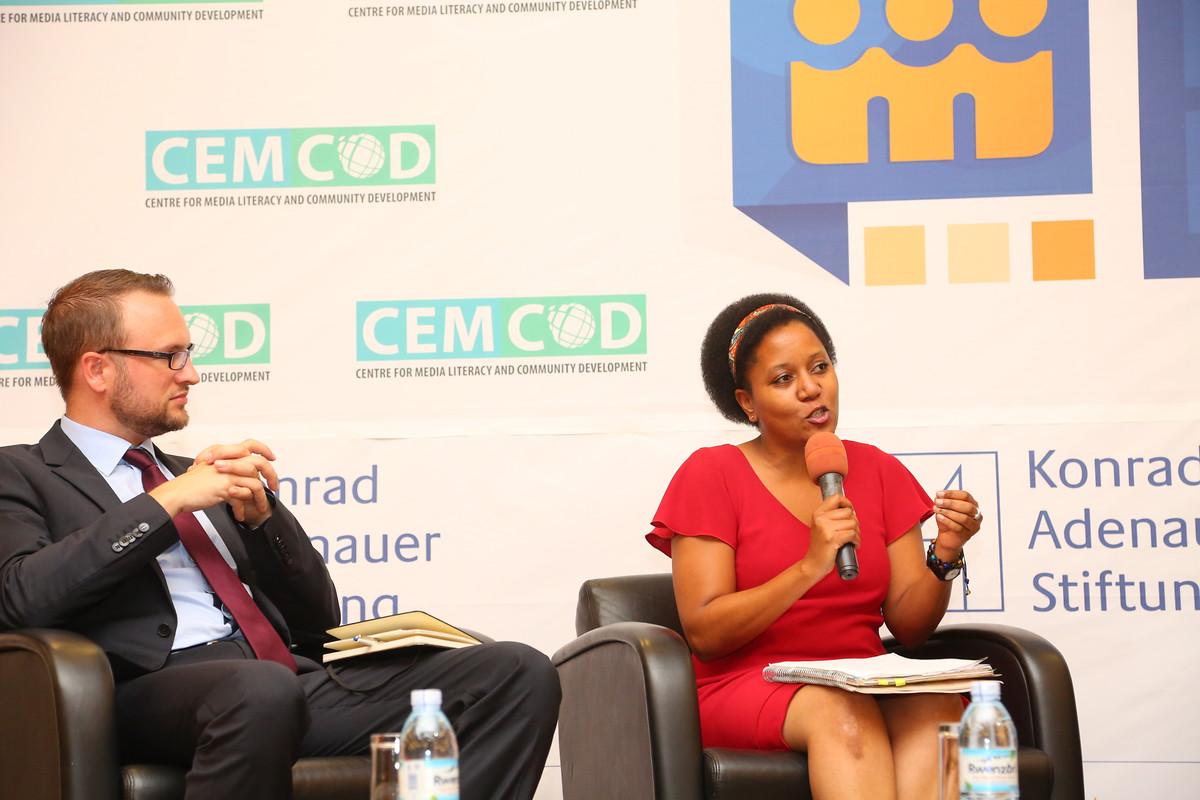 Country rep Mathias with Rachel Mugarura from ACME on the panel 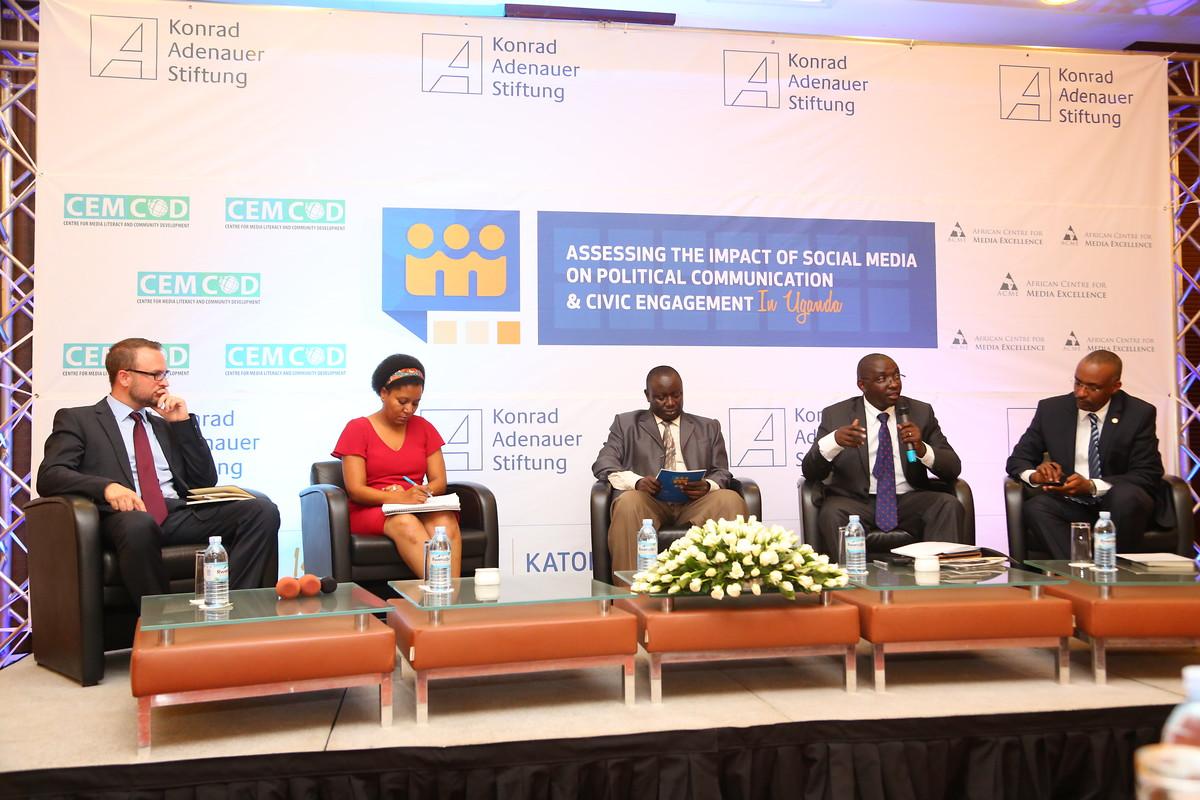 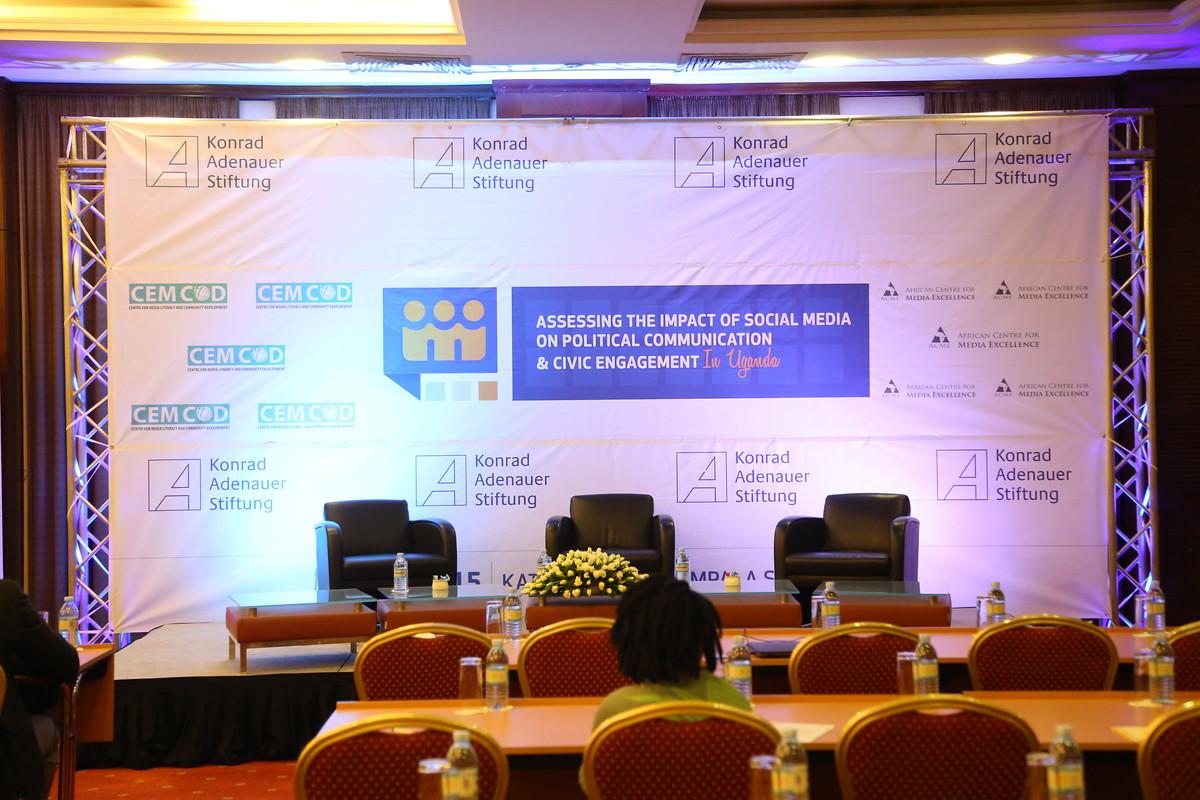 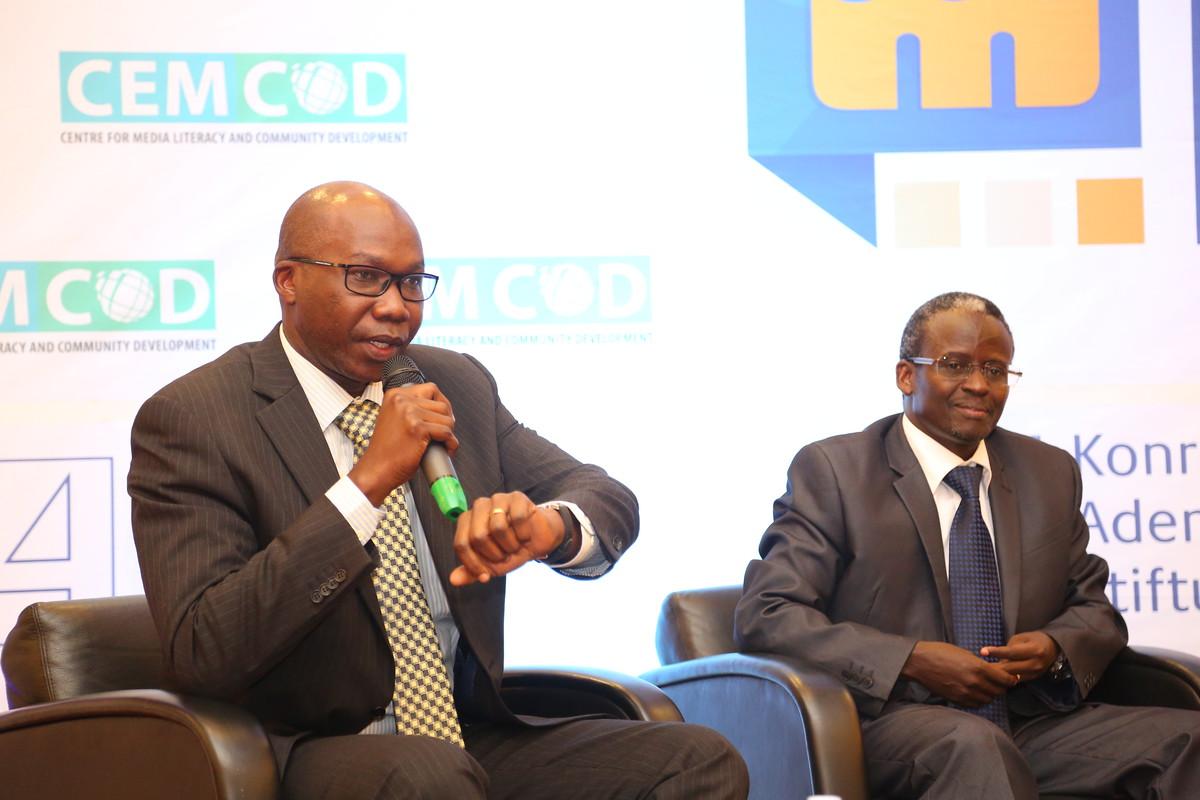 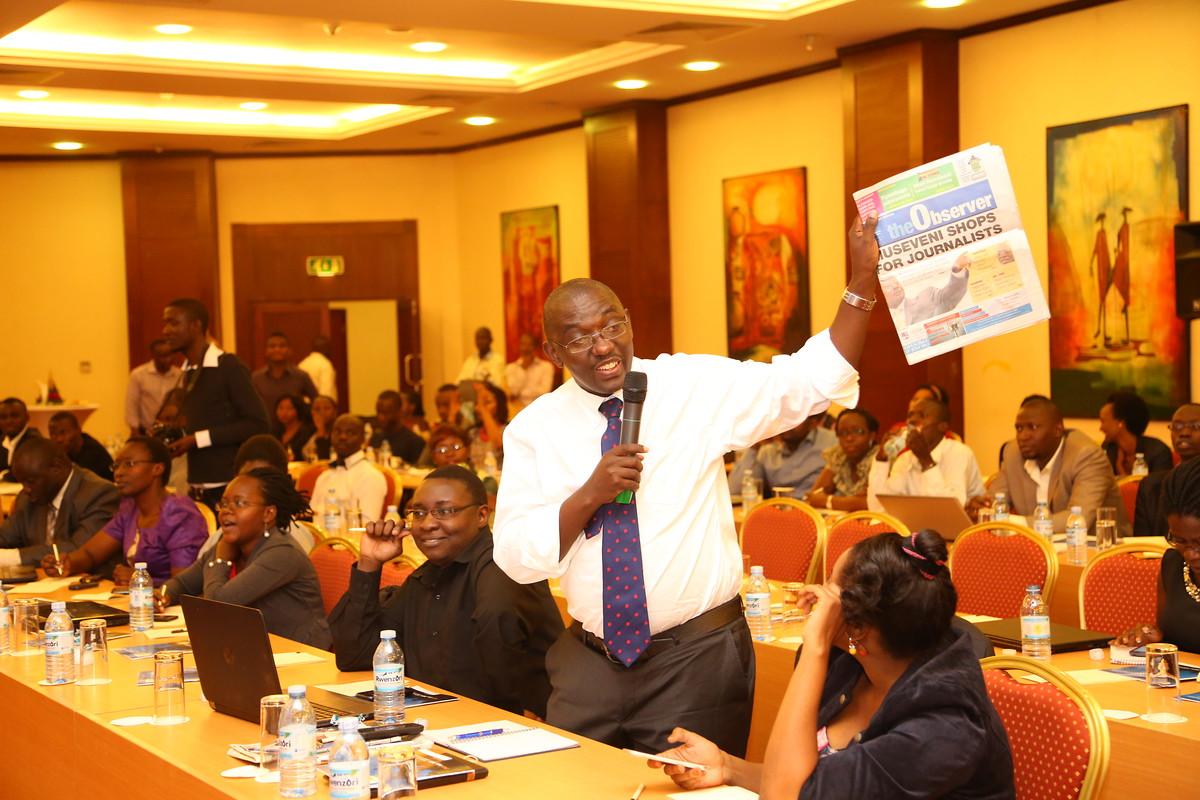 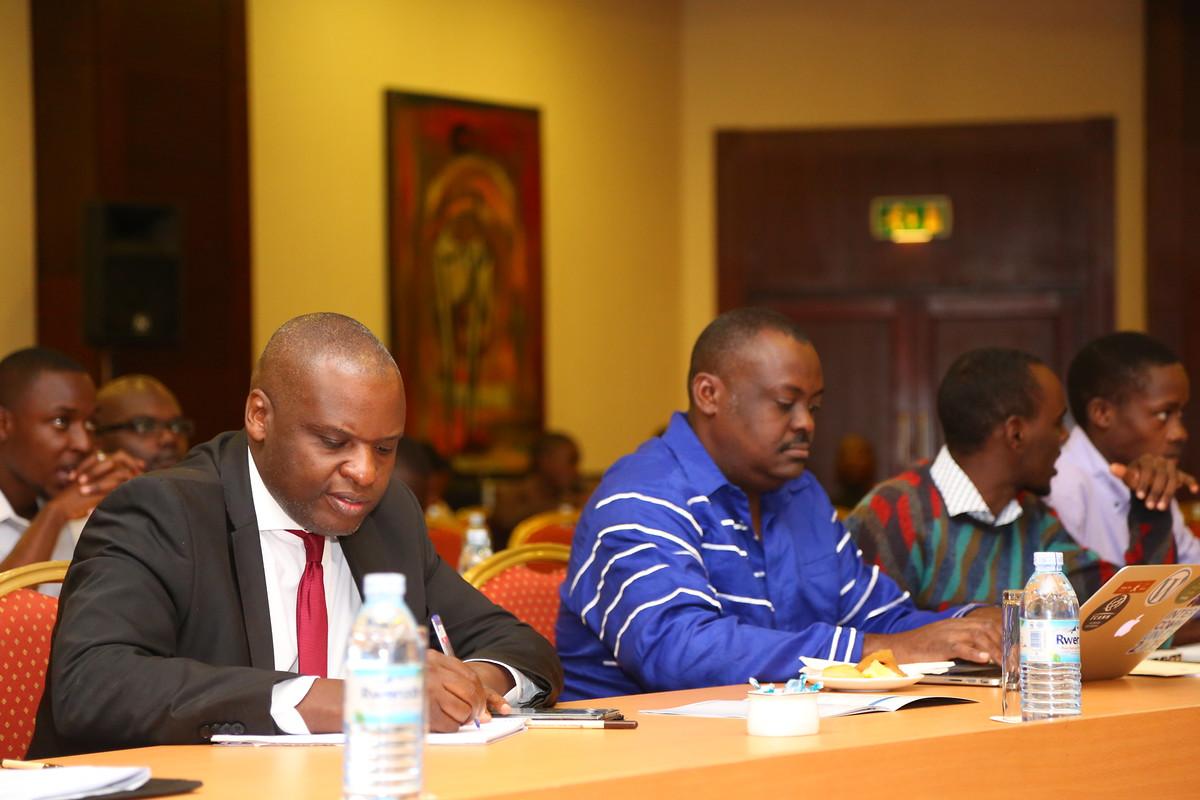 In recent times, social media has been a major feature of discussion in Uganda, particularly in how it is influencing the current political environment. This is especially because Uganda hosts another general election in less than a year and social media has featured prominently as a tool to further different political interests.

This conference was convened as one of the core areas of focus under the media component on the activity plan for KAS. Media is a major focus for KAS programming because of its contribution to enhancing civic engagement, good governance and accountability.

The conference was organised in recognition that media has over time evolved from the traditional platforms of print, radio, and Television, with online media continuing to influence mass opinions and perceptions than any other media before it. It is also organized on the premise that social media can be a great avenue to stimulate discussion of pertinent issues e.g. on governance and democracy between citizens and their leaders, but most especially among citizens themselves.

However, even with the emergence of social media sites such as Facebook, Twitter and YouTube it is was found that it is still arguably difficult to determine to what extent social media controls opinions, perception and actions of the majority whose opinions were previously shaped by information from traditional and mainstream media houses. It was acknowledged though that whereas it has facilitated political debate in a major way, it has not been fully utilized as a tool for accountability and for the state to engage in communicating to citizen interests.

The conference heard from media owners and experts that in their planning and dissemination of news, they know that people without specific qualifications can speak directly to large numbers of people. And unlike the traditional media which has standards to follow, social media communicators are not expected to explain itself, nor is it subject to any professional rules.

The conference convened with different sessions including break way sessions which considered perspectives of civil society, media and politics. A combination of keynote presentation, high level panel discussion and break sessions brought rich meaning to the discussion of social media as a key tool in public communications and involved several expert actors such as Dr. Wiliam Tayebwa who delivered keynote address. In his opening he acknowledged that however important, social media face and pose some challenges such as inadequate access points, information overload and therefore passivity, cybercrime as well as an unfavorable legal regime to freedom of expression and of the media.

He further made an important argument that perhaps the most significant about social media is the fact that the elite and urban population, who have most access to social media spend most time venting their anger and frustration online and hardly taking action e.g. by demonstrating and by voting.

He noted that the most significant characteristic of social media is that it collapses both time and space whereby activities that used to take days/weeks took hours and transactions across oceans started happening almost instantaneously in cyberspace.

Other contributions were made by key presenters who included chairman of the ICT committee in parliament Hon. Vincent Bagiire, the Communications advisor to the Prime Minister Julius Mucunguzi, Fred Otunu who represented Uganda Communications Commission and other experts in media, civil society and politics.