From the 21 - 22 of May, Konrad-Adenauer-Stiftung together with the Directorate of National Guidance hosted a training for district leaders in Mbale. The event aimed to promote political pluralism and stronger collaboration among the appointed and elected leaders at the local government level. This workshop was one out of a series of workshop activities, which took place in various districts since 2016. This time 48 participants of Manafa, Budaka and Mbale districts came together to attend the training.
May 27, 2019 Ordering Information 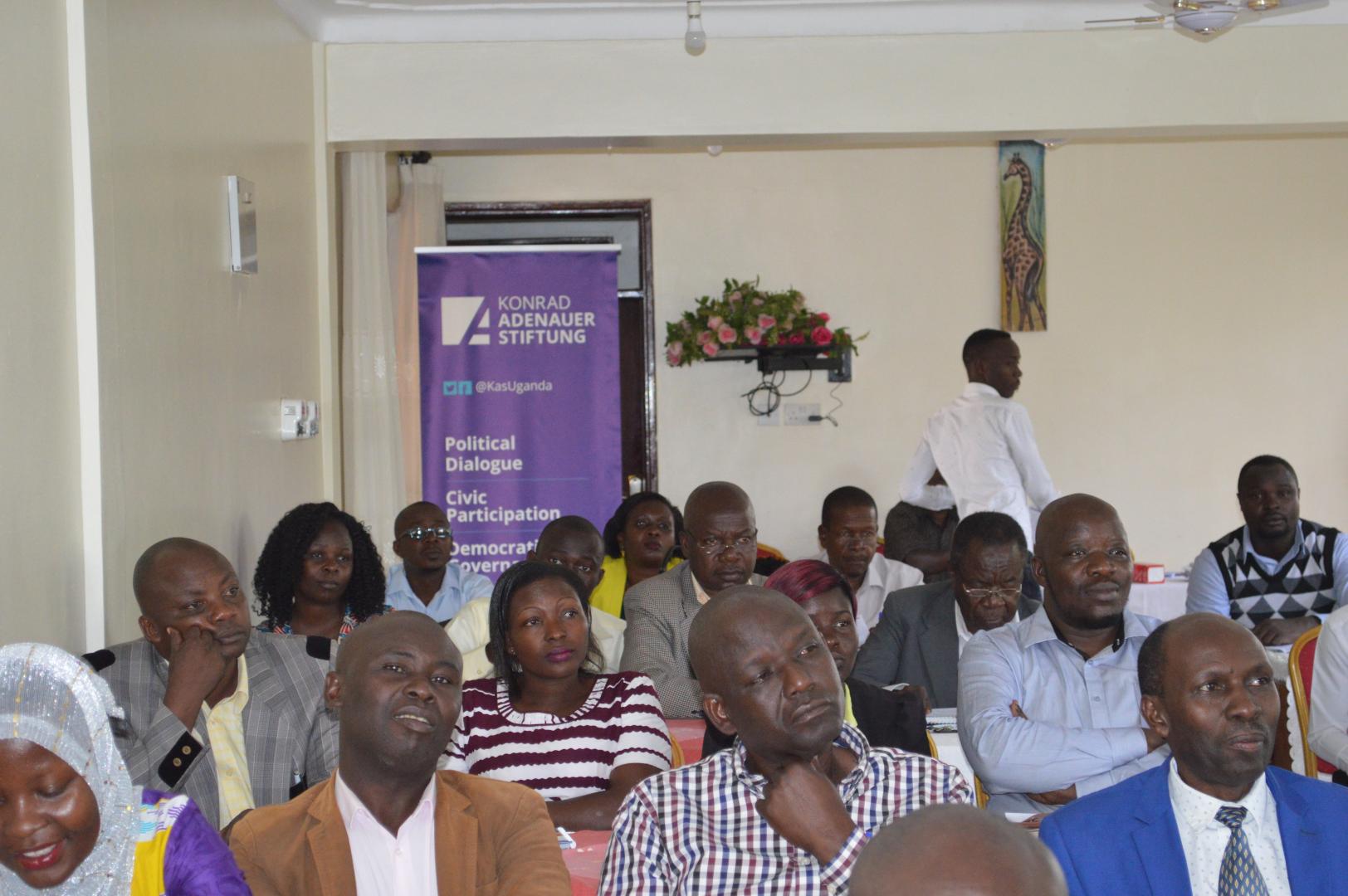 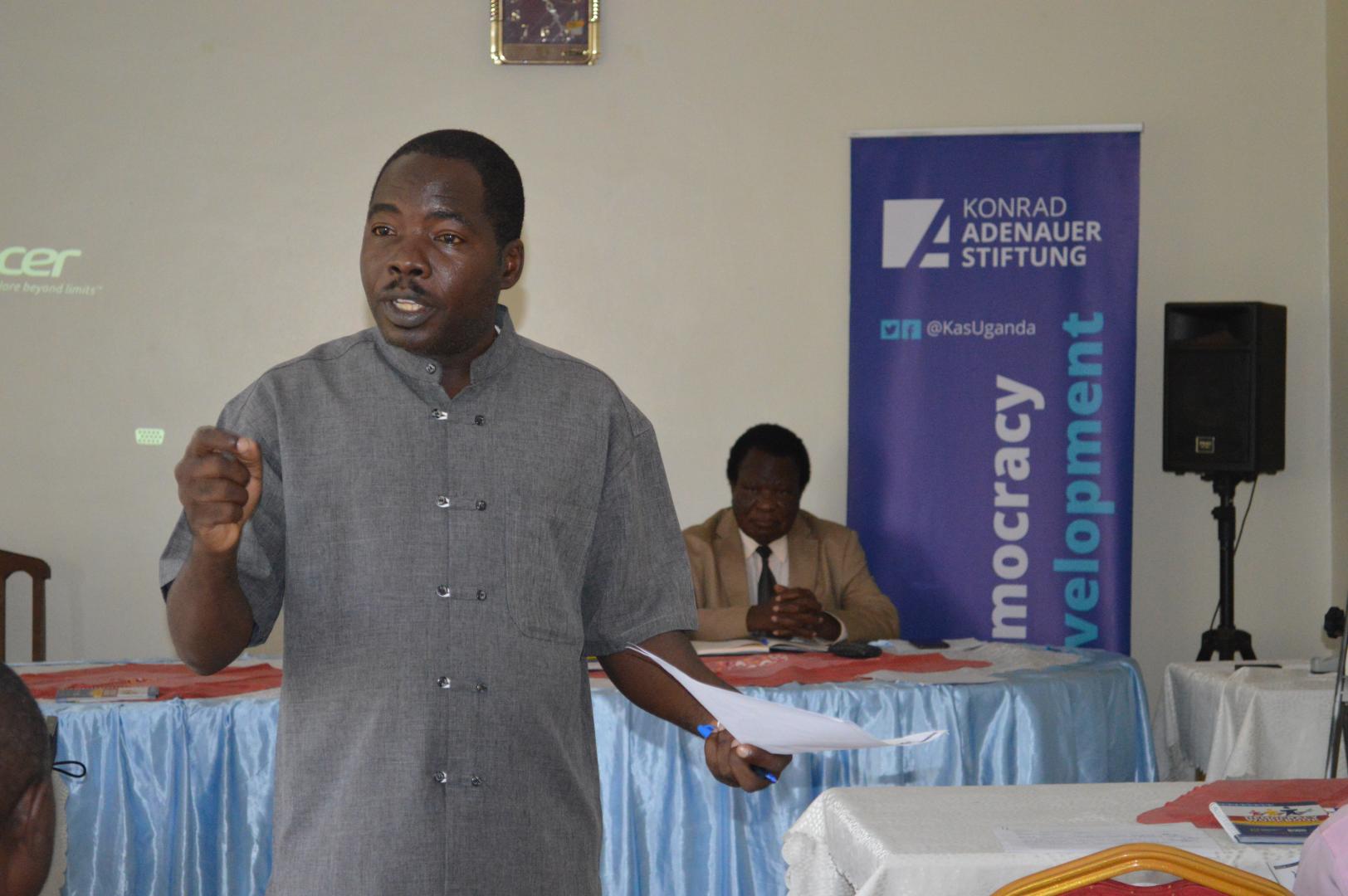 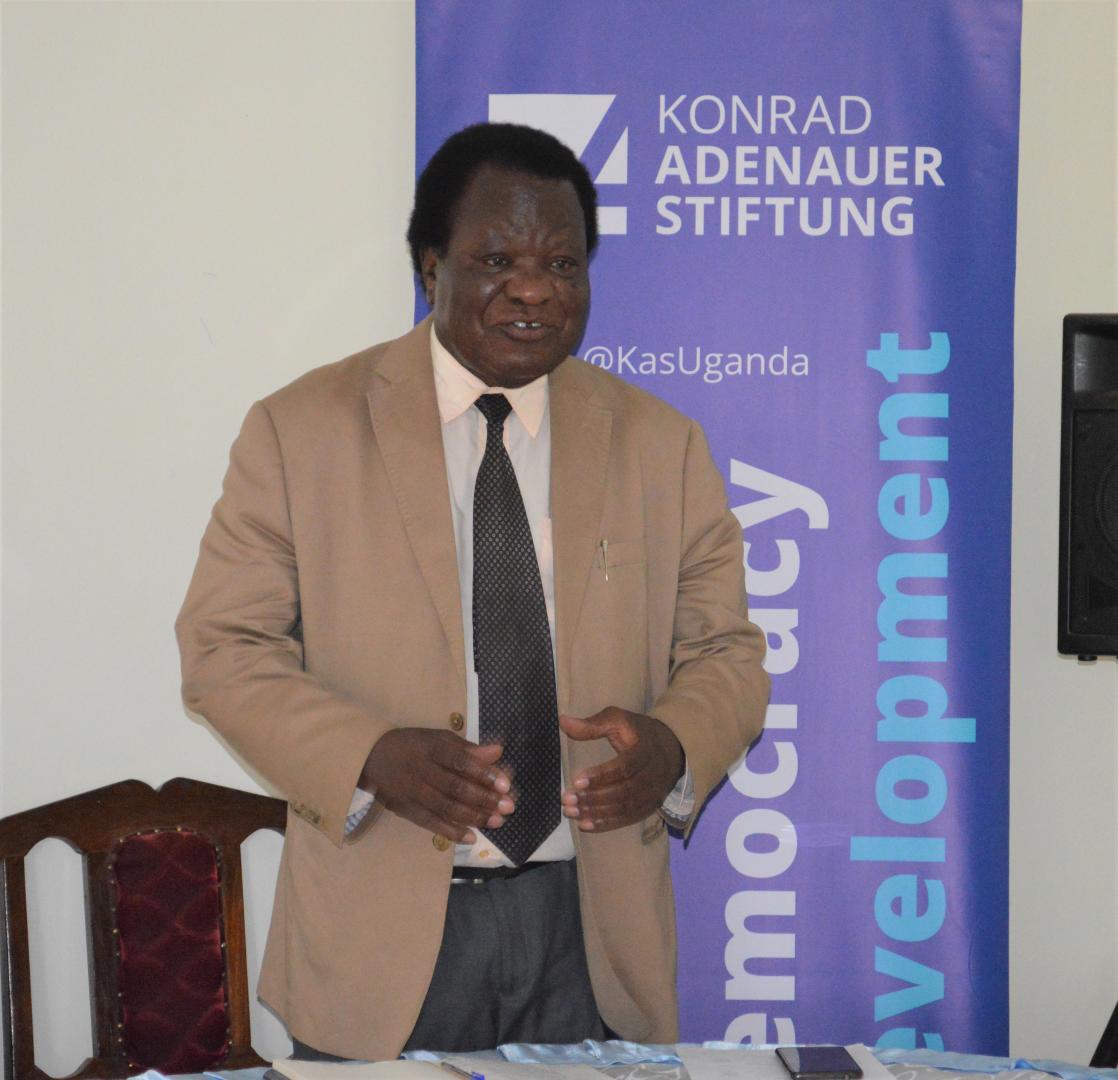 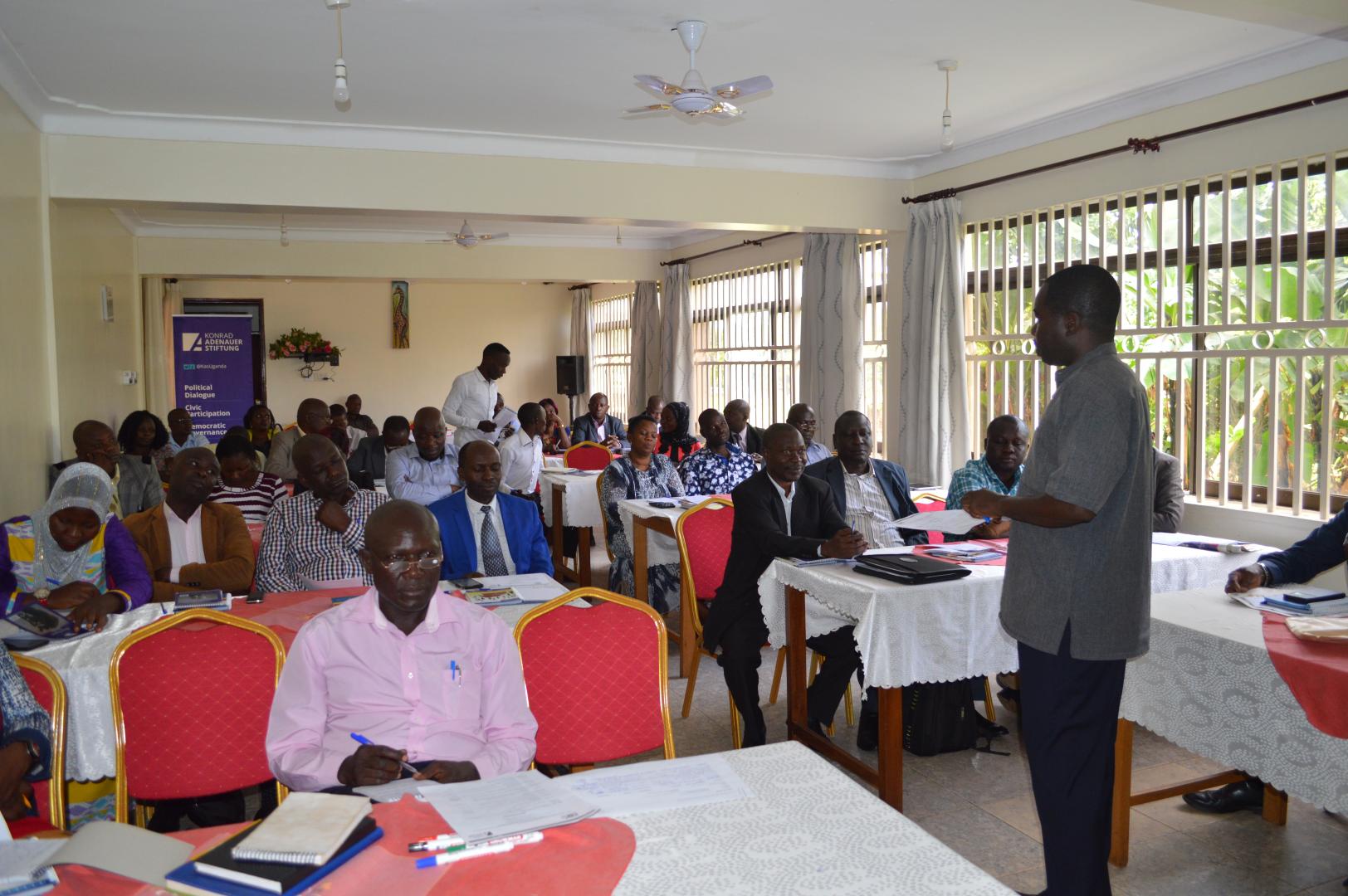 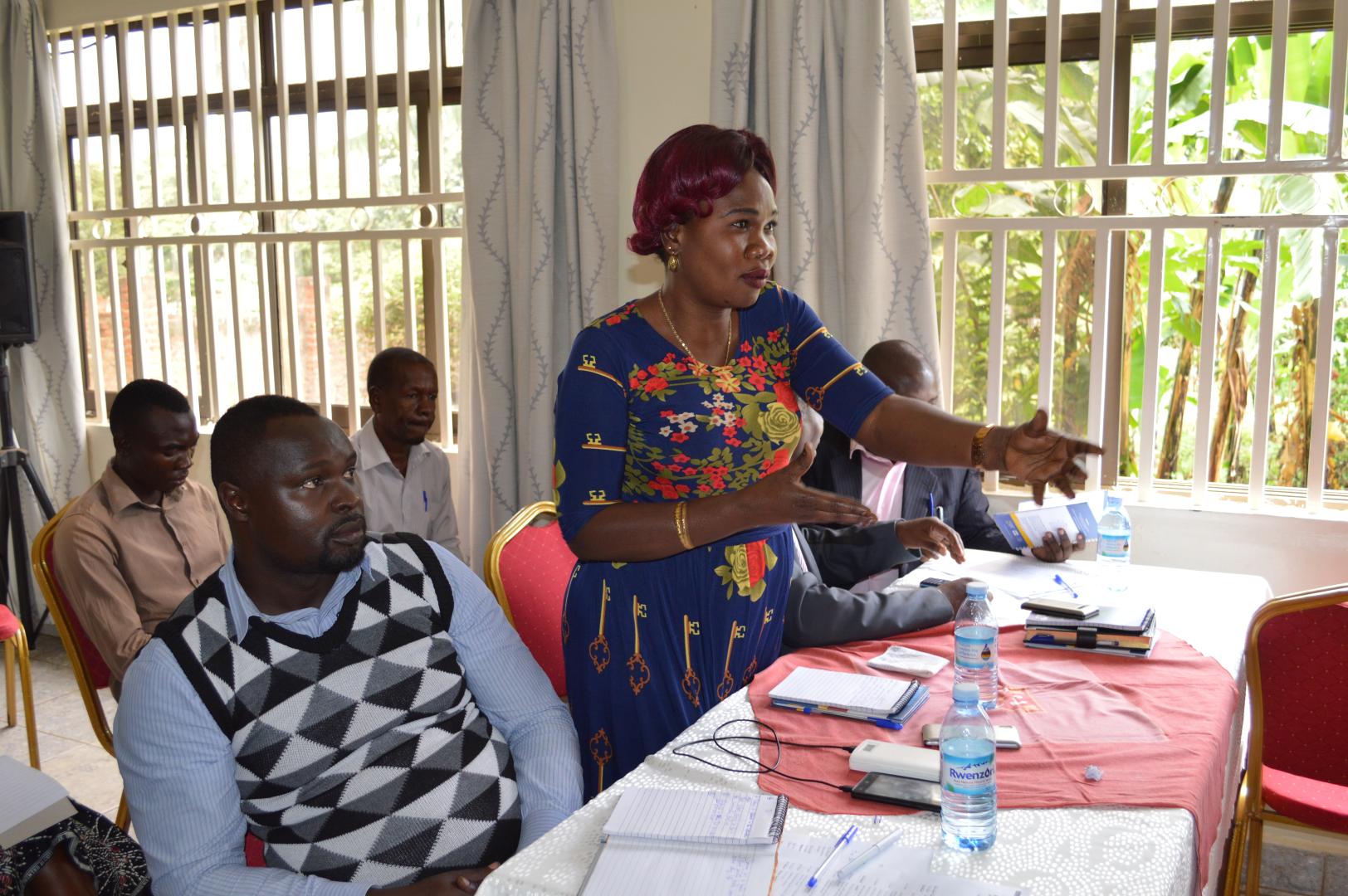 Since 2016, when Uganda went through another election cycle, Uganda has got a new set of leaders. Considering the previous election statistics, the election 2016 brought up a significant number of new members into various leadership roles and therefore many leaders, who assumed these offices for the first time. Since the introduction of the multi-party-system 2005, the government covers different political views and opinions, which is also tied to specific challenges. Leaders from different parties are often not able to work together effectively to ensure priority-orientated policy-making and the delivery of services for the local communities. To tackle this challenge, KAS and DNG organised trainings for elected and appointed district leaders to strengthen embracing political pluralism, to promote tolerance and to encourage the different leaders to work harmoniously in delivering services to the electorate.

The Training was officially opened by Mr. Bernard Mujasi, Mbale district chairman. Mr. Mujasi emphasised the importance of understanding the role of leaders which are essential to promoting good governance. this is because these leaders are in positions where they can influence others and internalize democracy.

Dr. Milton Mutto, who mainly facilitated the workshop, discussed the term civic education as a key tool to increase citizen’s participation. He defined civic education as a continual and long-term process, aims at building responsible, active, effective and patriotic citizens who instead of following and attending campaigns, mobilize, keep law and order and respect others. Dr. Mutto remarked that civic education is premised on the belief that the ideals of democracy cannot be effectively realized until every member of the community is facilitated to share in its governance. Nation building, democracy and service delivery were discussed as well. He encouraged the leaders to - " build a society where all feel safe and no different actors can come and get into"

In the next session the participants split up in two groups with the task to discuss firstly the role of either elected or appointed leaders and secondly the challenges they are facing. Monitoring government, planning and budgeting and sensitisation of communities were just but some of the duties of leaders which participants came up with. Challenges identified included; the limited funding versus the unlimited demands of voters, and thus the requirement of operating on limited budgets. The presentations of the groups were followed by fruitful discussions between the participants. In the end they agreed that their main role is to be accountable and to focus on the common good.

On the second day of the workshop, John Oyambi provided interesting insights on the topics of peacebuilding and conflict management at the leadership level. He stated that conflict management means the process of limiting the negative aspects while increasing the positive aspects of conflict. Collaboration, compromise and perseverance are the best tools for conflict resolution. He concluded the session by remarking - "We must recognize that we are different, but we need each other for the common values and interests for development"

The workshop was closed with enlightening remarks of Mr. Bernard Mujasi and Dr. Milton Mutto, who encouraged the leaders to work together closely – "stand together and make it work. It’s going to be us!"