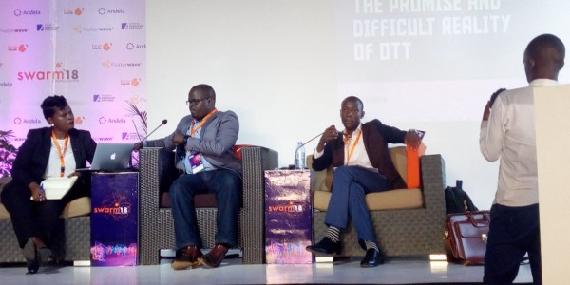 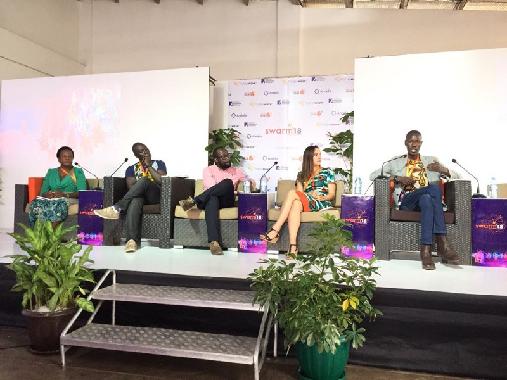 On 7th-8th December 2018, the third technology summit called Swarm took place. It was organized by Hive Colab, a non-profit organization that supports technology entrepreneurs and developers to build viable technology businesses. The event brought together the leading voices in the Ugandan tech community to discuss recent developments, showcase new innovations and identify potential for the future. This year, the focus of the summit was on thematic areas as technology for education, agriculture, health, finance and governance.

During the two day summit, there were several panels on different technologies. Among others, there were panels on financial transfer technology, which is used by millions of Ugandans, and agriculture technology that is becoming more and more crucial in an ever-evolving agricultural landscape, especially as around 70% of Uganda’s population is in some sort engaged in agriculture.

The panel about the OTT taxes discussed one of the most controversial topics of the past year. The OTT tax was introduced this year and taxes the “transmission or receipt of voice or messages over the internet protocol network and includes access to virtual private networks”.

The panelists discussed to what extent it affects the population in Uganda. Panelists fighting the tax mentioned that there is no logic behind it and especially the people who cannot afford it are the people suffering. Another issue they noted was the short time between passing the law and implementing it. According to a panelist, there was not enough time to think through it. It also prevents start-ups to move the country forward. So, the future for start-ups doesn’t look very good at the moment and therefore it is important to fight against this tax and find a solution.

The audience also mentioned that there is no logic behind taxing per device and not per account. Douglas Onyango, an ICT consultant pointed out that the bigger problem is the missing net neutrality in Uganda. If net neutrality would exist in Uganda, the tax wouldn’t be there. Silver Kayondo, a lawyer, mentioned also the problem of getting taxes from global companies. As they pay their taxes in tax haven as Ireland or Cayman Islands, Uganda has not the possibility to tax them.

At the panel on civic technology, Donnas Ojok from the Konrad-Adenauer-Stiftung discussed with other panelists on how technology can enhance civil discourse and engagement. Technology can promote public participation and give information to citizens so that they can take part in politics. Civic technology is thereby seen as the most effective advocacy tool ever to engage the public as it can reach millions of people. It is also important that civic technologies are addressing gender issues and also try to include people who don’t have a smartphone and are therefore not so easy to reach.

The role of the private sector was also discussed as one of the panelist said that the government can’t experiment. Therefore it is hard for them to be innovative. The private sector needs to step in and play an active role in developing and promoting civic technologies. One problem mentioned was that the government is working very slowly, so it’s hard to work together with them. One panelist pointed out that there are also game-changers in governmental institutions that want to be part of civic technologies, they just need to be reached.

The summit was closed with the panel discussion on the current tech scene in Uganda and if this scene is ready for investments. The panelists indicated that most funding is coming from North America and Europe but that it is a challenge to find local investors who are investing in Uganda’s tech ecosystem. So, in the future must be find ways to attract also local investors.