From April 15th until April 17th, Youth Councilors and Youth Council Leaders of 16 northern Districts of Uganda participated in a training in Gulu held by the National Youth Council (NYC) and the Konrad-Adenauer-Stiftung (KAS). Focus of the training was to build the capacity of the local youth structures to better coordinate their work and lead young people at the district level, as well as specifically address the topic of the upcoming elections 2016 and how young people in the north can be most effectively prepared for and involved in the election process.
May 4, 2015 Ordering Information 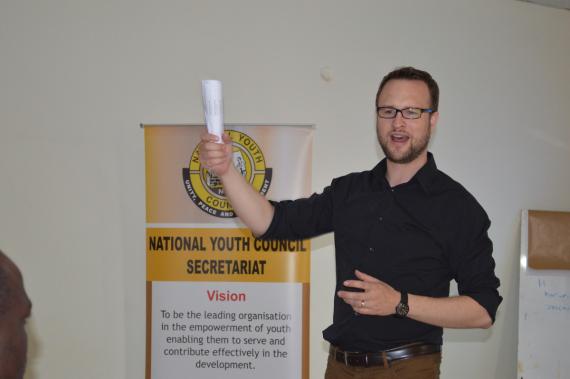 Mathias Kamp, Country Representative of the Konrad Adenauer Stiftung, giving opening remarks on the role of youth and local governance structures in a growing democracy. 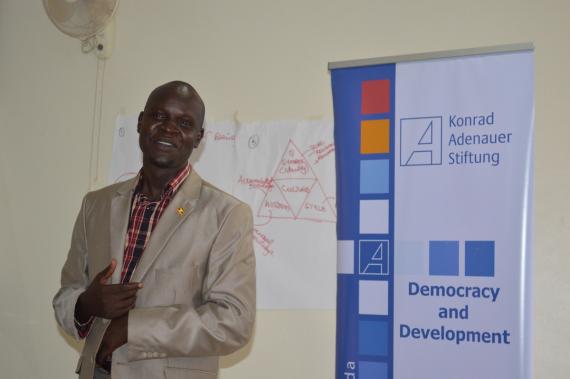 The LC5 Chairperson of Gulu, Martin Ojara Mapenduzi, addressing the youth councilors of the northern region during the NYC-KAS workshop 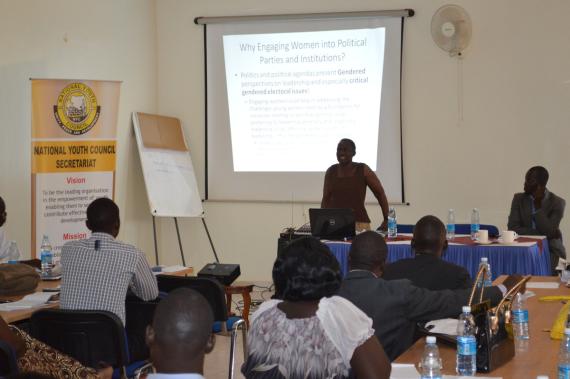 Mrs Rebecca Mukyala, Lecturer on Gender at Gulu University, leading a session on women in politics and how to make political processes and institutions more inclusive 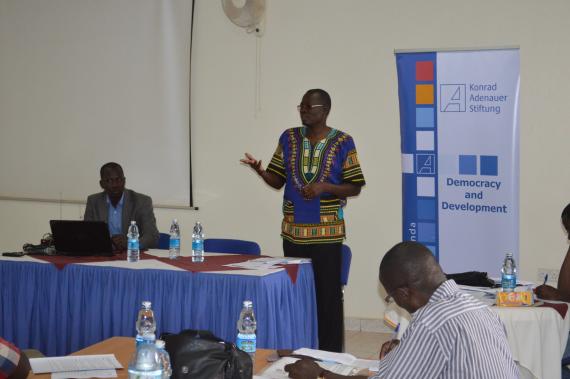 Mr. Shaft Nasser Mukwaya, Executive Secretary of the National Youth Council, engaging with participants in a debate on the suitability of the current youth structures at the local level 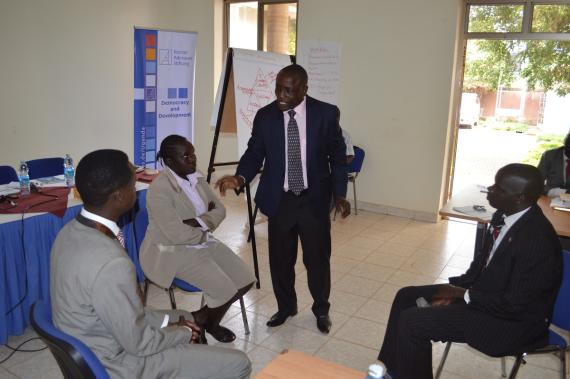 Local Youth Council Leaders participating in a role play on how to best represent youth interests in the local system of governance, led by Mr Geoffrey Kyeyune, ILO Trainer 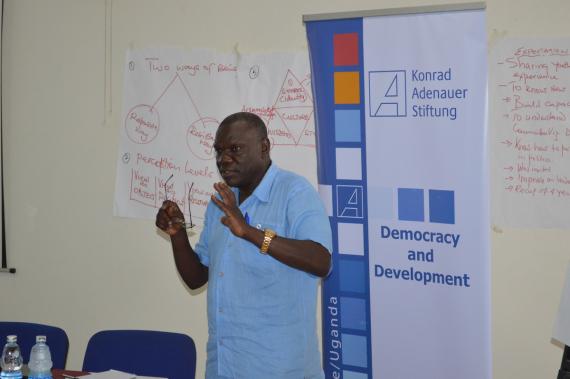 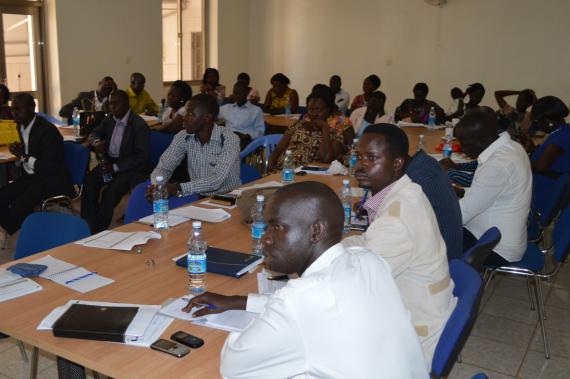 At the workshop of the NYC and KAS on youth participation in elections and at the local government level, 30 Local Youth Council Leaders from across the Nothern Region of Uganda came together to share experiences and develop strategies for improvement

The decentralization system in Uganda was created in an effort to, amongst other goals, make governance at the local level more inclusive, which also led to the creation of a multiplicity of mechanisms for youth inclusion in the political process. A key result of this process then was that at all local levels, there are currently two youth representative structures in existence, two youth councilors (one male and one female) that sit at the different levels of the local councils and one parallel youth council that exists outside of the local council structure, but functions as an arm of the National Youth Council and serves as the electoral college for the five Youth MPs elected into Parliament.

The meeting in Gulu brought together those youth representatives who participated in the joint training focusing on issues of leadership, local governance and youth representation and programmes. One core area of debate in this regard was the need to better harmonize local youth structures for more efficient representation and involvement of the youth, especially in economic empowerment programmes such as the Youth Livelihood Fund. Another critical issue of debate was the tenure and institutional framework of the National Youth Council overall, and therefore also the local youth councils, as according to the National Youth Council Act Amendment 2003 Section 25A (1) the period of tenure for the National youth Council is 4 years and has therefore lapsed already since the last elections were held early 2011, together with the general elections. As a result the legal vacuum was created in a situation, where large projects such as the Youth Livelihood Fund are channeled through these structures.

Moreover, the training was used as an occasion to prepare for and more deeply explore the issue of youth mobilization and information during the electoral process towards the upcoming elections 2016. In this context the participants identified the key challenges to youth participation including lack of information, disillusionment with the validity of the system, and focus on short term benefits over the creation of a genuine social contract with elected leaders. 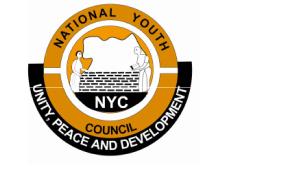 The workshop was implemented in cooperation with the National Youth Council.