In 2014, the Young Leaders Think Tank for Policy Alternatives worked on policy recommendations concerning electoral reforms. Since the subject is heatedly discsussed within civil society and the political sphere, the publication is not only timely, but was also used to advocate for the Think Tank's recommendations within different fora.
December 12, 2014 Ordering Information

The Young Leaders Think Tank for Policy Alternative, initiated and managed by the Konrad-Adenauer-Stiftung Uganda, has in 2014 carried out research and targeted advocacy on the topic of electoral reforms. With the elections in early 2016 approaching fast, the Think Tank had identified the topic as a core area of their work in 2014. In the course, the Governance working group of the Think Tank carried out nation wide research on the topic to identify the key gaps in the current electoral systems and in a residential workshop with the entire Think Tank develop suitable suggestions for alternatives. Key areas for reforms were identified as the institutional setting of the Electoral Commission, the management of the voter register, representative mechanisms for special interest groups (to make them more effective and eliminate outdated provisions for army representatives), civic education and equal access to the media by all eligible candidates for elected positions.

After then publishing the paper “Electoral Reforms in Uganda. A Study Report in the Suitability of Uganda's Electoral Systems For The Realization Of Uganda's Development Goals”, the Think Tank identified crucial targets for advocacy and arranged for a meeting with the Uganda Law Reforms Commission that is currently working on a proposal for constitutional changes. On Friday, November 21st 2014, members of the Think Tank met with members from the Uganda Law Reform Commission to present their research and all findings impacting the constitution. The presentation the Think Tank was followed by a highly fruitful discussion in which the commission requested more details on the areas of their interest and gave insight into what the Commission was already drafting on the presented topics. In the end, there was much consensus and mutual learning on the issue of electoral reforms and a request by the Commission for the Think Tank to be available for the time of formally presenting their proposals to parliament as a supporting force.

Finally, the Think Tank was able to secure invitations to the National Consultative Conference on Free and Fair Elections organized by the NGO Forum 24th-26th November. At this conference the Think Tank availed and distributed the publications to key stakeholders (such as MPs and heads of relevant civil society organizations) and generally among a significant number of the 1000 participants to influence their awareness and information on the topic. This pursuit was highly successful since there was no alternative material being provided at the venue during the first day, which led to very high demand and levels of attention to the Think Tank publication and recommendations.

In the future, the Think Tank is resolved to also take the publication and present it to parliament (both individually to capture the entire scope and with the Law Reform Commission on the specific areas of overlap) to influence the topic in a timely manner while it is still being debated on the floor and within the relevant Committee. Overall, the Think Tank aims to make their research and recommendations have a true impact on the decision makers in this field to actively contribute to the reshaping of the electoral system and thereby enable truly free, fair and peaceful elections. 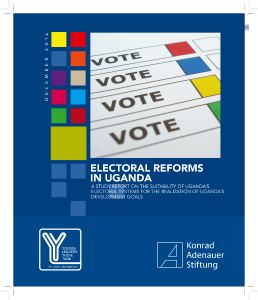 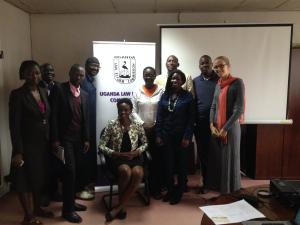 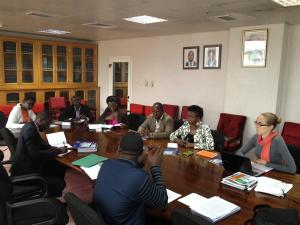