The US-Midterms – A Transatlantic Perspective on Social Challenges

by Lars Hänsel, Elmar Sulk
On a recent KAS organized trip, a delegation of consultants and advisors in politics and business gained new insights on societal trends in the US. The delegation met with members of both parties in Congress, political strategists, journalists, and professionals in the think tank community. The first leg of the trip took place in Louisiana, a place in which the oil industry is very influential, to discuss energy and climate policy. Following this, they traveled to Washington where the discussion continued in the realm of understanding the overarching themes of the midterm elections.
November 8, 2014 Ordering Information 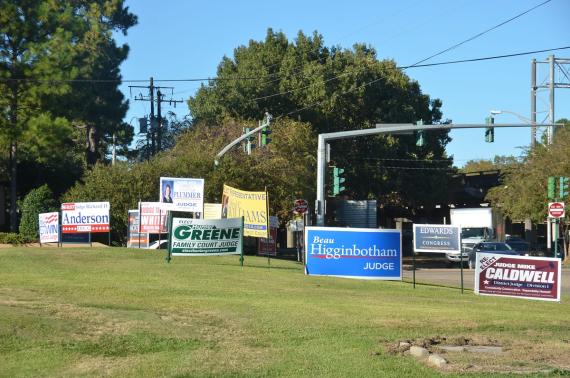 Campaign posters in Baton Rouge, LA: Every citizen has a vote! 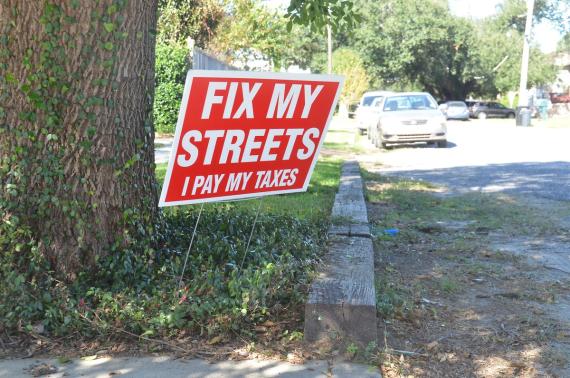 Remembering a grassroots campaign: What happens with your taxes? 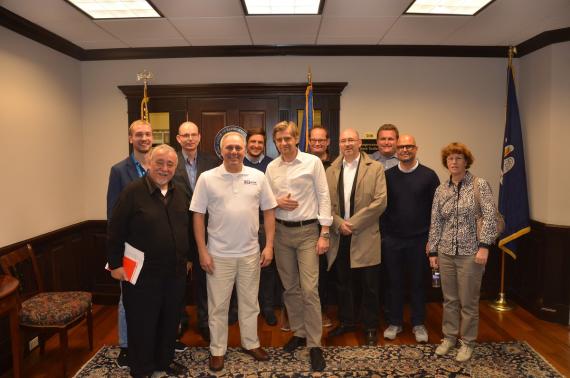 Visiting the office of Congressman Steve Scalise, Majority Whip of the Republicans in Congress

During their first visit to Louisiana’s capital Baton Rouge, the delegation learned about the challenges in balancing efforts in protecting the wetlands with the demands of the local oil industry. The oil industry exerts a considerable amount of influence in setting the political agenda in the mid-term elections and this became abundantly clear in various discussions that took place throughout the visit. Especially in New Orleans, the aftermath of Hurricane Katrina were more than obvious, which led to a heated discussion on the political and social implications of this natural disaster. The delegation was able to determine the marks and scars this catastrophe left on the city and to familiarize themselves with policy issues emerging even nine years later.

Furthermore, the delegation was able to witness the initiatives of Democratic Senator Mary Landrieu Chairwoman of the U.S. Senate Committee on Energy and Natural Resources towards balancing environmental policy with developing and furthering the local oil industry. She highlighted the dilemma she faces in supporting Louisiana’s oil industry vis-à-vis the president’s attempts and initiatives in energy policy. However the delegation learned that for many Republicans, Senator Mary Landrieu’s initiatives in the Louisiana oil industry and local economy are just not enough. The Republican contender Bill Cassidy sent a clear message that a Republican led Senate will be legislatively more active on these topics and also on topics of free trade, immigration and taxes.

Another topic of discussion was Louisiana’s views on health policy within the political debate. Especially in the US’ southern states, the Affordable Care Act (Obamacare) is a heavily criticized topic. Dissatisfaction with the overall political climate and the Obama administration is projected onto the topic of healthcare policy and used as a scapegoat to vent frustrations. This was especially prevalent in the discussion with the number three Majority Whip Congressman Steve Scalise and advisors to the republican Senate candidate Bill Cassidy. However, bipartisan agreement was reached that the US needs a comprehensive legislative reform on immigration policy. A highlight of the discussions was that the delegation was able to analyze the methods Senator Mary Landrieu will utilize with Hillary Clinton to motivate voters to vote on Election Day. They also discussed Hillary Clinton’s agenda in the event that she will run for President in 2016.

On the second leg of the trip, the discussions about the mid-term elections continued in Washington, DC. Obama’s presidency became the focal point in these discussions. They determined that his presidency is very much influenced by insufficient success in reaching bipartisan compromise and consensus in creating laws. In particular they noted that the transatlantic partnership could profit from a more comprehensive trade policy and they determined that a Republican majority in the Senate could be beneficial for advances in the Transatlantic Trade and Investment Partnership (TTIP). Congress can equip the President with instruments for the Trade Promotion Authority (TPA), which have been refused by Democrats thus far. With a Republican majority Congress, TTIP negotiations can be accelerated without needing to add time-wasting Committee meetings.