During recent meetings in Washington, DC, and Virginia, MdB Peter Beyer, a member of the Committee on Foreign Affairs in the German Bundestag, discussed trade and economic issues with elected officials, business leaders and policy experts. Mr. Beyer presented his views and support of a proposed trade agreement between the United States and European Union. The candid discussions that ensued provided insight into the political challenges, areas of concern and potential timeline for an agreement to move forward.
June 19, 2012 Ordering Information 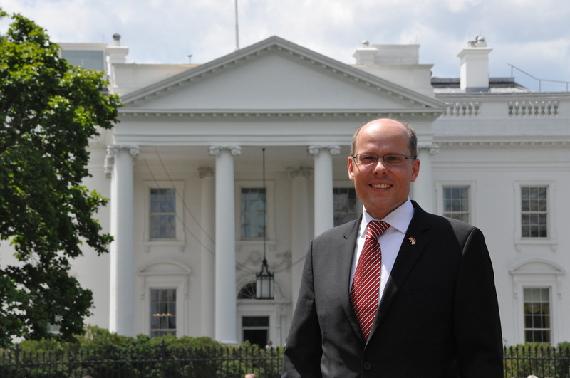 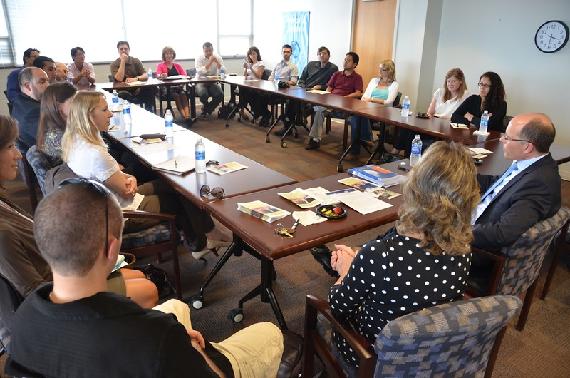 Eigenaufnahme Lars Haensel
"Germany, Europe and Beyond: An Old World's Eye on Current Topics and the Future" was the theme of a discussion with more than 20 faculty members and graduate students from Old Dominion University's International Studies Program in Norfolk, Virginia. 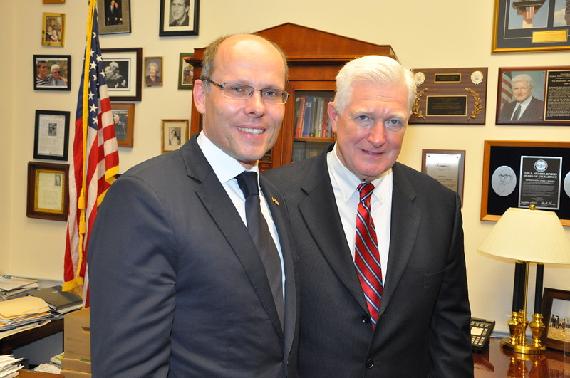 Mr. Beyer met with Congressman Jim Moran, a co-founder of the New Democratic Coalition, a group that supports fiscal responsibility, and free and fair trade. 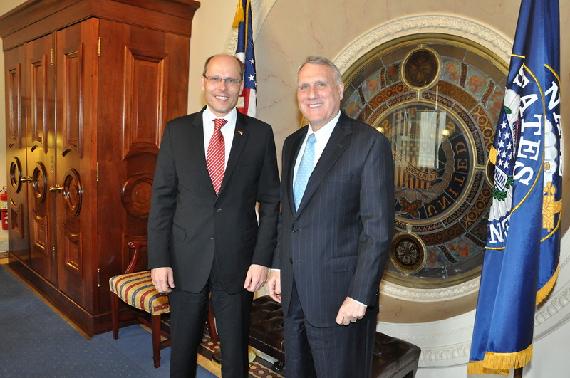 Republican Whip Senator Jon Kyl met with Mr. Beyer at his office in the U.S. Capitol to discuss the proposed free trade agreement between the United States and European Union. 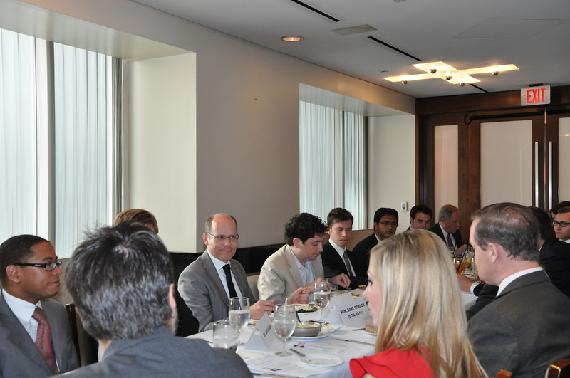 About 20 senior congressional staff and business representatives met with Mr. Beyer at a luncheon discussion on trade and economic issues.

MdB Peter Beyer recently traveled to the United States to discuss trade and economic issues with elected officials, business leaders and policy experts. Mr. Beyer is a member of the Committee on Foreign Affairs in the German Bundestag and is the coordinator for U.S. affairs for the governing CDU/CSU parliamentary group. During his meetings, Mr. Beyer presented his views and support of a proposed trade agreement between the United States and European Union. The candid discussions that ensued provided insight into the political challenges, areas of concern and potential timeline for an agreement to move forward.

During the dialogue program in Virginia and Washington, DC, Mr. Beyer shared his belief that a trade agreement between the European Union and United States should have widespread support. While the U.S. and the Member States of the European Union make up only 10 percent of the world’s population, their economies generate 50 percent of world GDP. In light of emerging markets in the Pacific, a trade agreement could capitalize on the shared values of the U.S. and European Union and the existing healthy trade relationship. In contrast with other recent and sometimes controversial trade agreements, Mr. Beyer said there should be no concerns about companies “chasing cheaper labor” and outsourcing jobs.

In meetings with Obama Administration officials and Members of Congress, Mr. Beyer had a chance to candidly discuss the political challenges from both the U.S. and EU sides, as well as issues that would need to be addressed, such as geographic indicators on agricultural products. In his meetings with business leaders, there were conversations about tax policies as well as a discussion about federal regulations that could be implemented by an Administration even if a trade agreement is not approved. Mr. Beyer also met with leading experts at various think tanks to discuss the proposal with experts in economic and international trade policies.

At the end of his week of meetings in Washington on the issue of free trade, Mr. Beyer led a roundtable discussion with more than 20 participants, including senior congressional staff and members of the business community. The group gathered for a luncheon roundtable discussion held in partnership with the Congressional Study Group on Germany. In response to a question about how his thoughts on the policy had evolved during his time in Washington, Mr. Beyer said he “remains optimistic but not so enthusiastic with emotion.” The politically-minded group also discussed how future discussions on the proposed trade agreement might be affected by the outcomes of the U.S. elections in November and Germany’s elections next year.

In addition to the policy discussions, Mr. Beyer had an opportunity during his meetings to learn more about the districts represented by Members of Congress who are eager to foster good relationships with Germany. Senator Tom Udall discussed ways to increase German tourism to New Mexico. In a meeting organized by the German American Business Council, Congressmen Jim Gerlach and Charlie Dent discussed German investment in their state of Pennsylvania and invited Mr. Beyer for a future visit in their districts. Mr. Beyer also had an opportunity to meet with Senator Jon Kyl and Senator Richard Shelby to discuss free trade and issues important to their constituents.

While in the United States, Mr. Beyer also travelled to Virginia to meet with 20 graduate students and faculty members at Old Dominion University in Norfolk, Virginia, for a discussion on “Germany, Europe and Beyond: An Old World’s Eye on Current Topics and the Future.” He met with political strategists in Richmond, Virginia, to discuss the upcoming presidential and Senate elections and Virginia’s role as a battleground state. In a dinner discussion back in Washington with financial and economic experts, Mr. Beyer discussed the Eurocrisis, energy issues and the recent elections in his state of North Rhein-Westphalia.

During his visit to the United States, Mr. Beyer also met with business leaders during a discussion hosted by the German American Business Council. He visited representatives from the German School in Potomac, Maryland; the University of Virginia; and the Stihl headquarters in Virginia Beach, VA; in a visit organized by the Embassy of the Federal Republic of Germany.

After 10 busy days of productive meetings, Mr. Beyer signaled his intention to return to the United States later in the year to continue the dialogue. The Konrad Adenauer Stiftung looks forward to assisting in strengthening the transatlantic relationship with further discussions on economic and trade issues.