(i) Presentation of the study “Carbon pricing in Sub-Saharan Africa” (ii) Discussion of the Senegal case and possible application in the country.

The scope of the two-day consultations is for the African Major Groups and Stakeholders to prepare their inputs for the next session of the African Ministerial Conference on the Environment (AMCEN) and discuss the outcomes of the fourth session of the UN Environment Assembly. The outcome of the meeting will be a regional statement by the Major Groups which will constitute, among other things, recommendations on the UN Secretary General’s Special Summit on Climate Change.

The 7th West African Clean Energy and Environment Trade Fair and Conference 2019 (WACEE’19) is focused on the areas of water, circular economy or energy

This conference will bring together policy makers, start-ups from the field of energy, water and circular economy, and investment stakeholders to discuss and formulate answers to the question: how politics can support start-ups for a green economy? 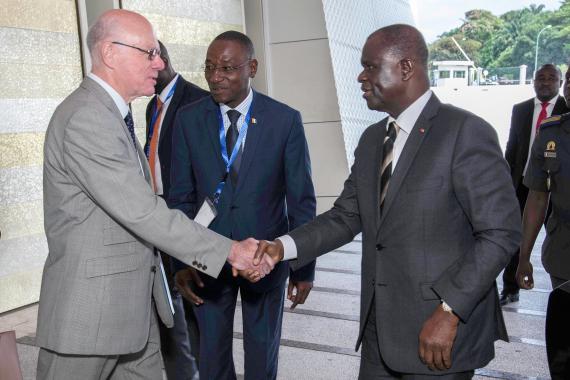 On the 24th and 25th October 2018, Konrad Adenauer Stiftung and the Global Legislators Organization for a Better Environment organized a discussion Forum on the Lake Chad Crisis in Abuja, Nigeria.

Présentation du livre "The state of biofuels development in Cameroon "