On Wednesday, July 27th, 2022, The Konrad-Adenauer-Stiftung (KAS) in collaboration with the Industrial Research Achievements-Lebanon (IRALEB) jointly organized the “Lira Fund Award Ceremony 2022” at Hilton Beirut Habtoor Grand Hotel in order to present the findings of the mapping report on “Academia Generated Industrial Innovation” and to showcase the pitches for industrial research projects of 40 young innovators. The report included a capacity assessment of three main pillars of innovation; the academic institutions, the industrialists and the young innovative scholars.
5 août 2022 Informations de commande 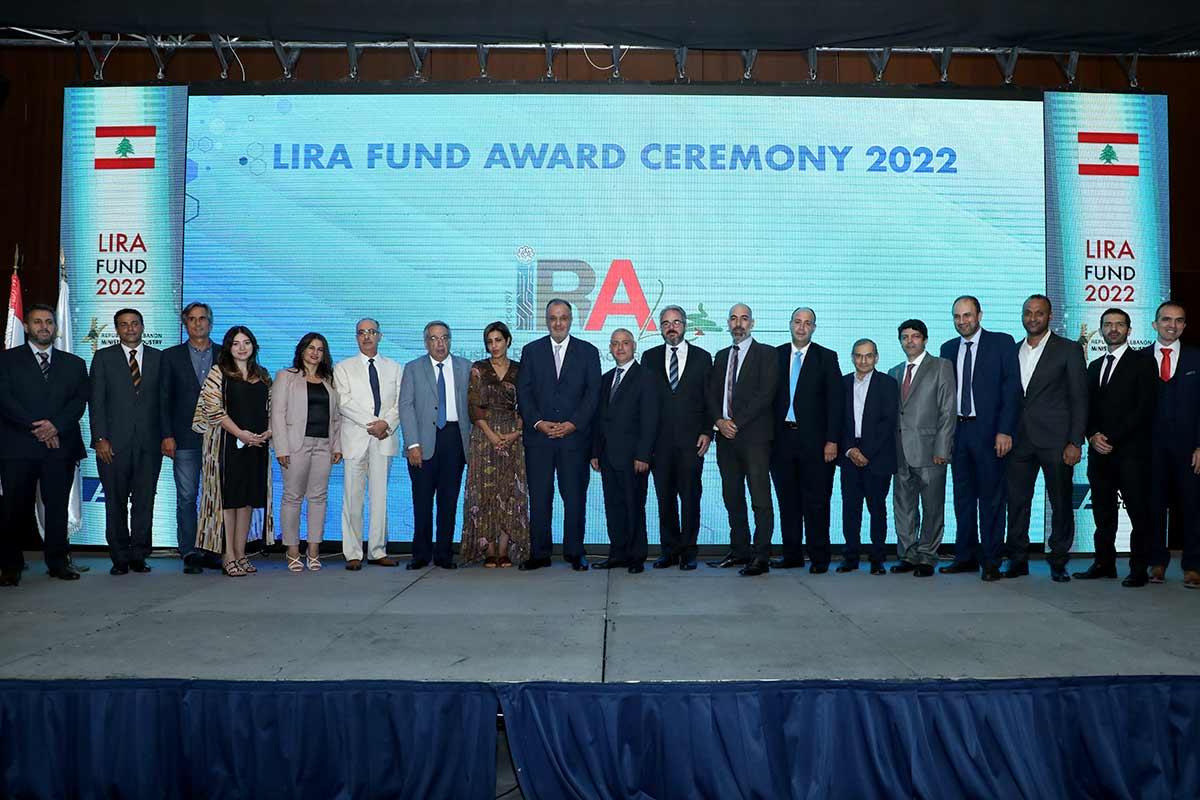 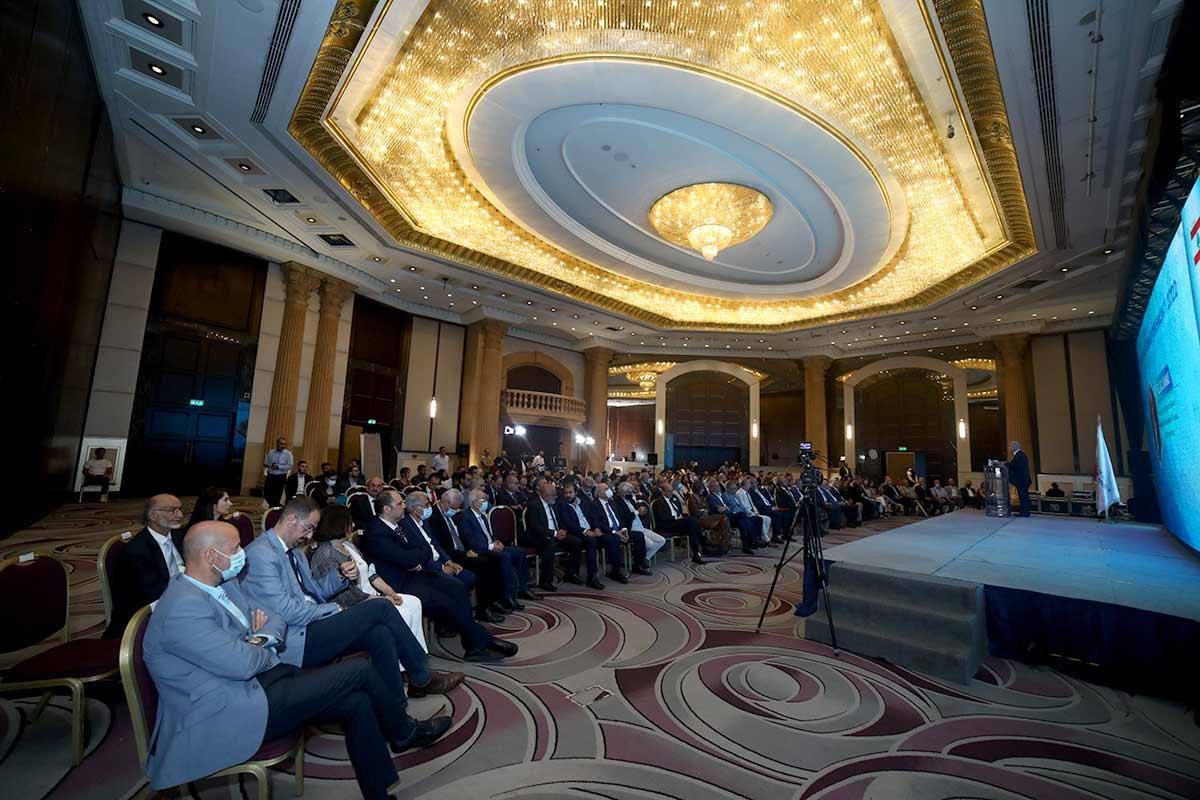 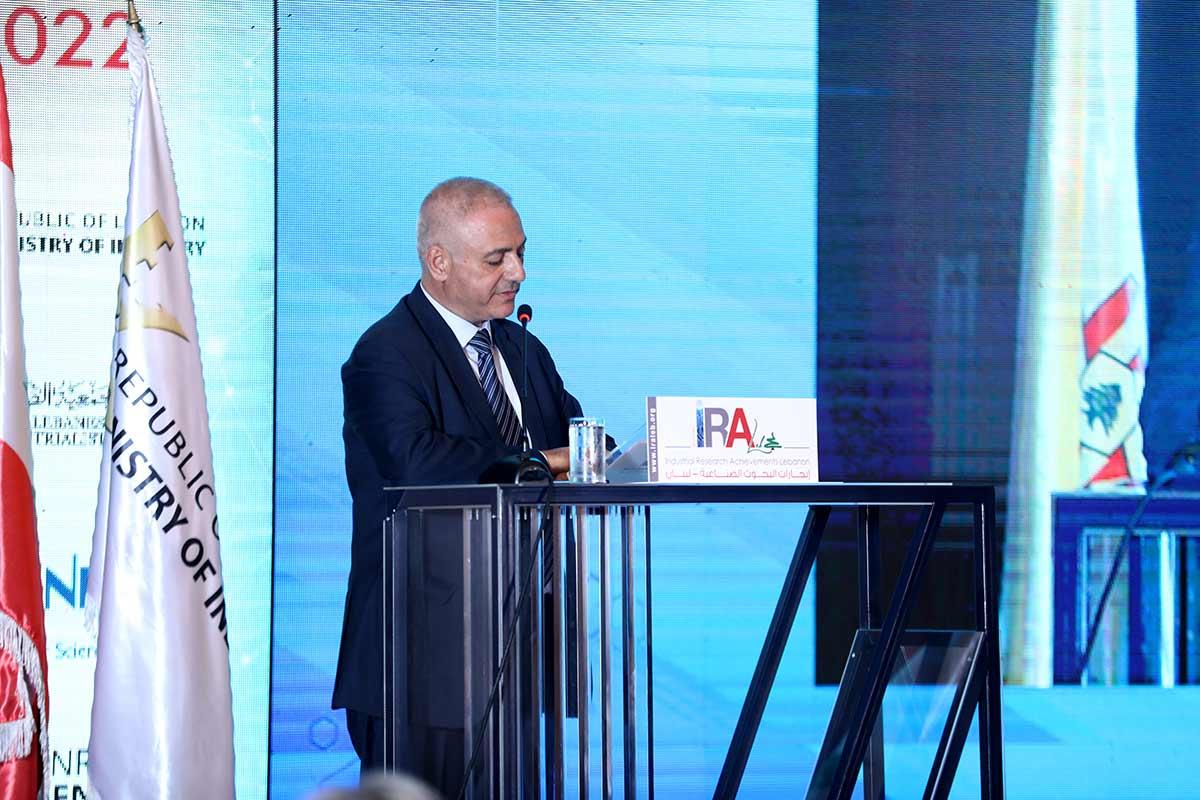 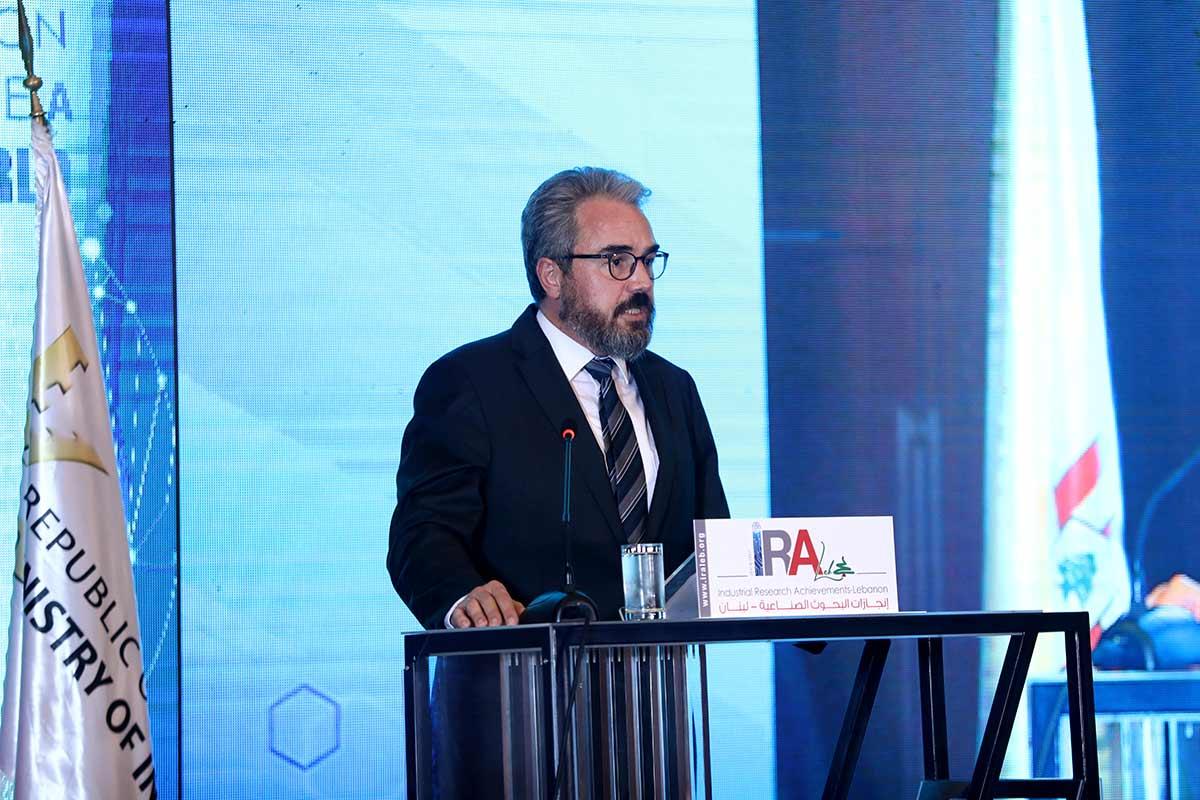 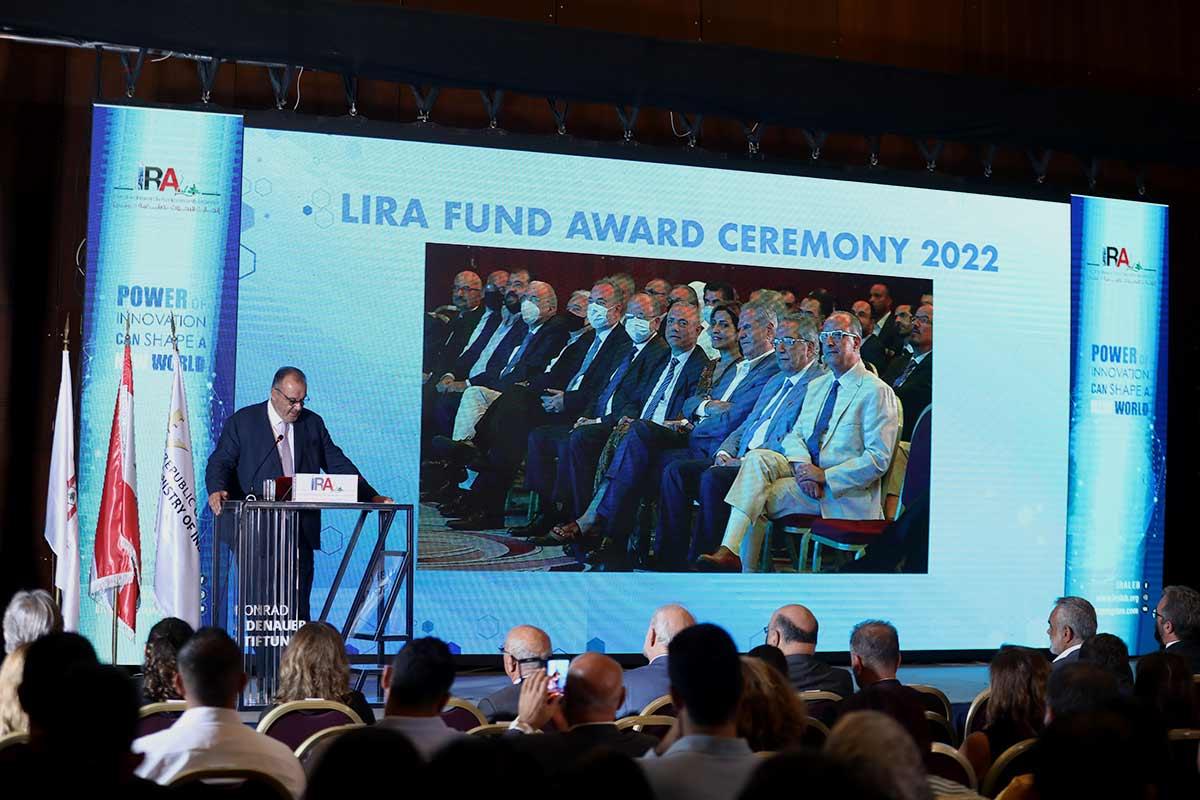 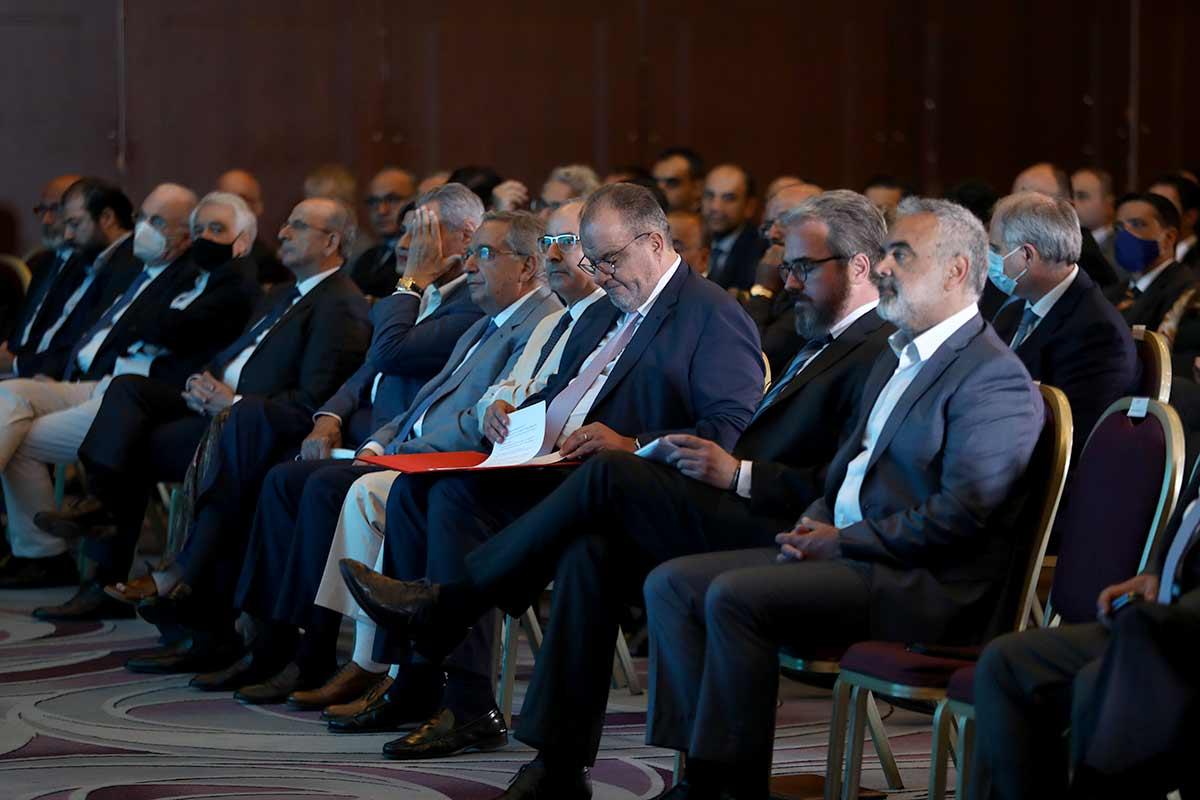 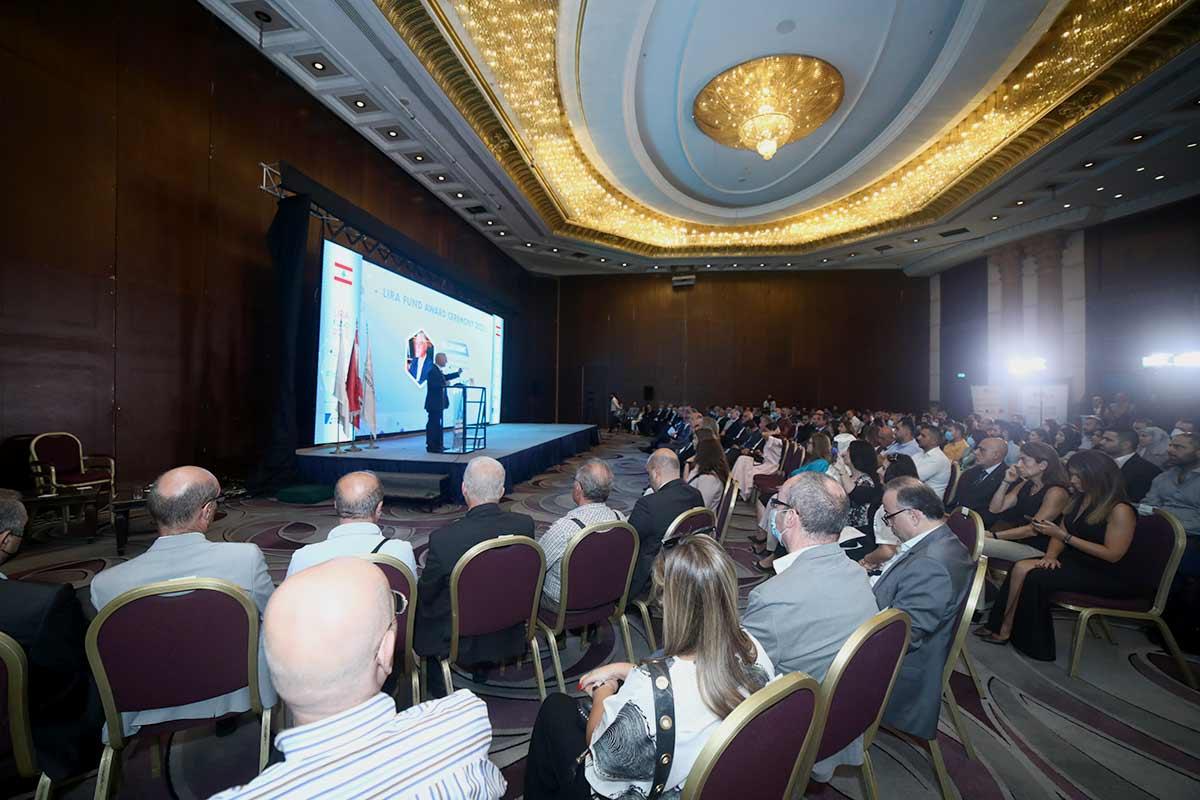 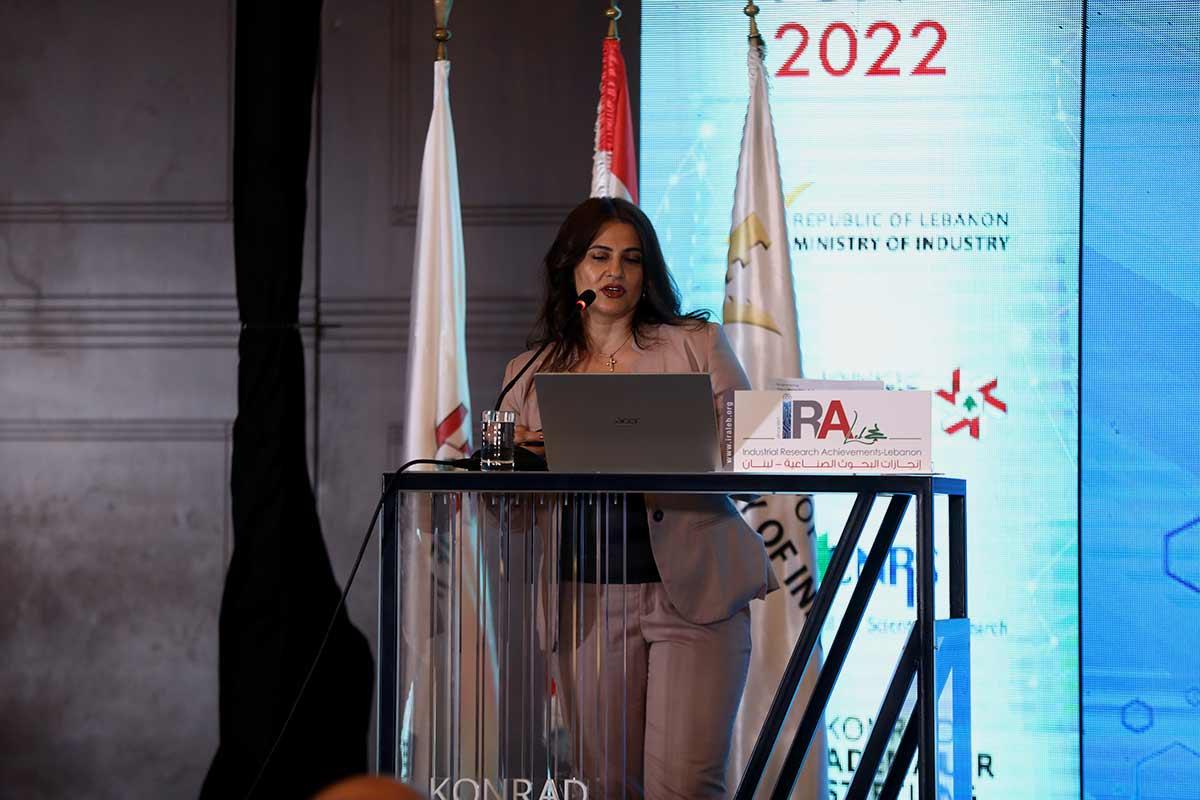 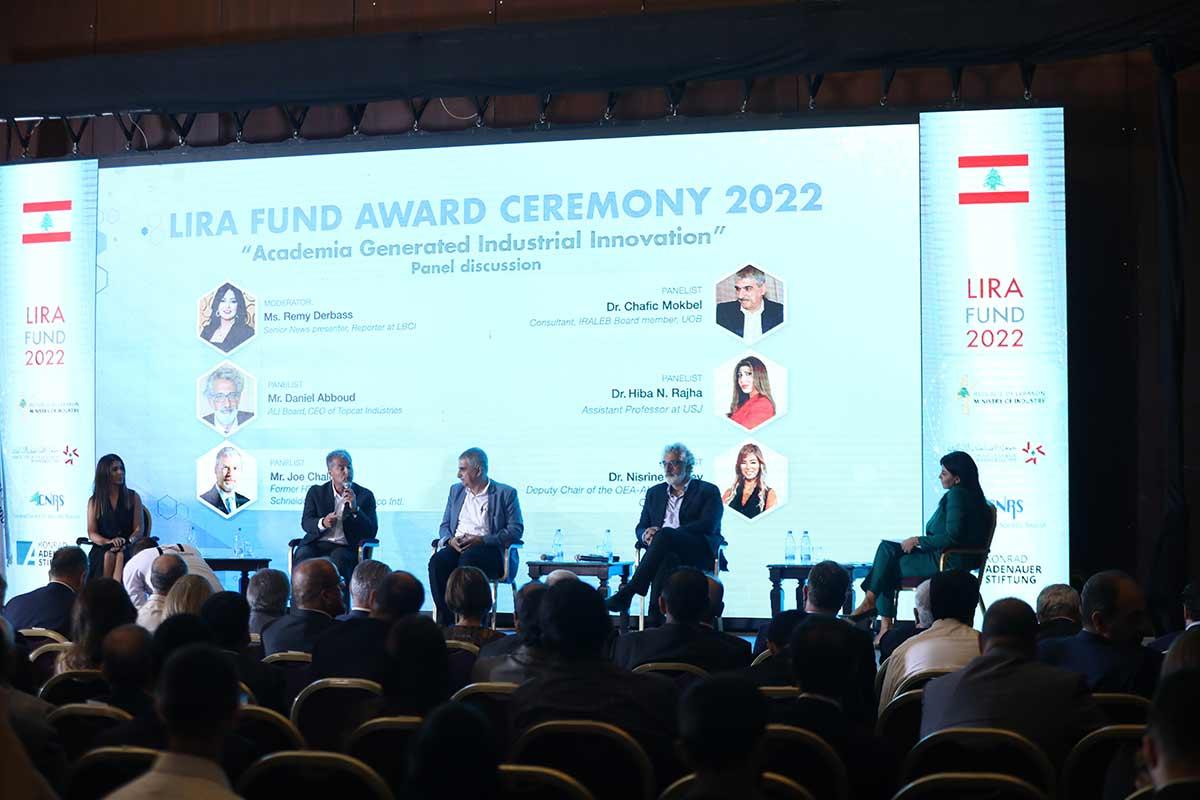 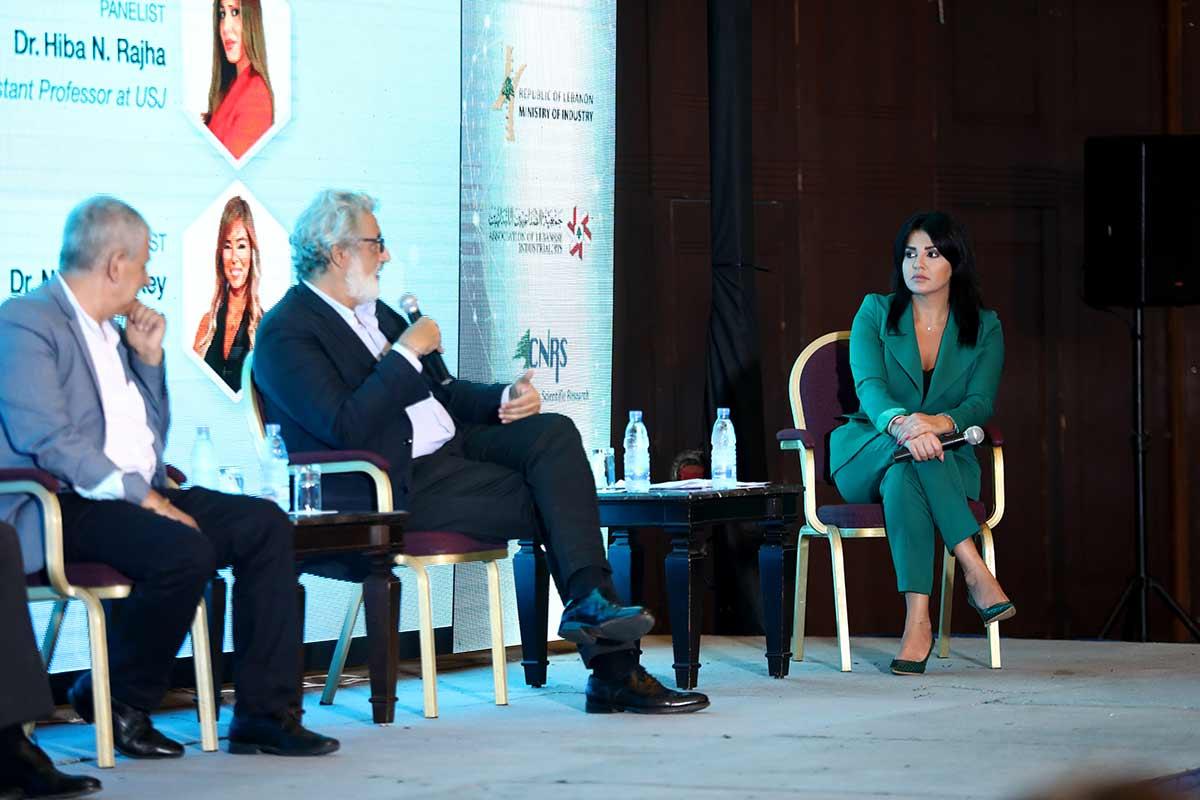 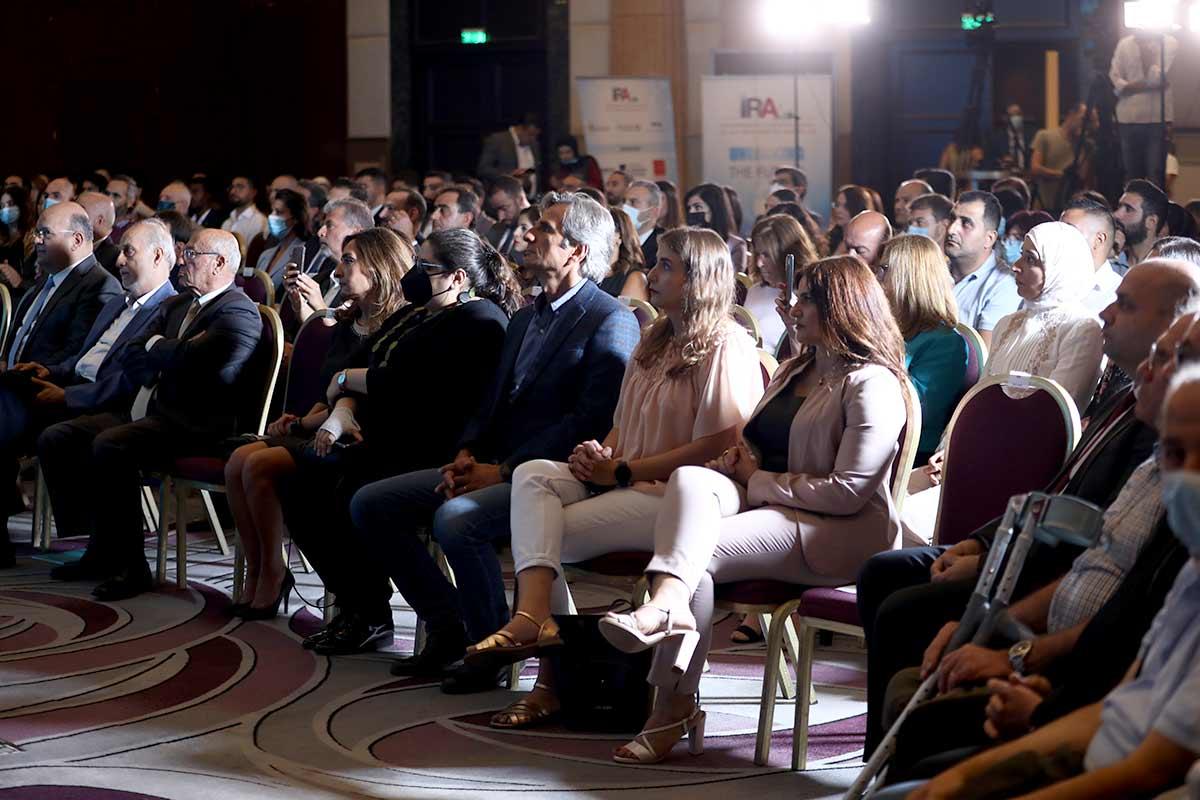 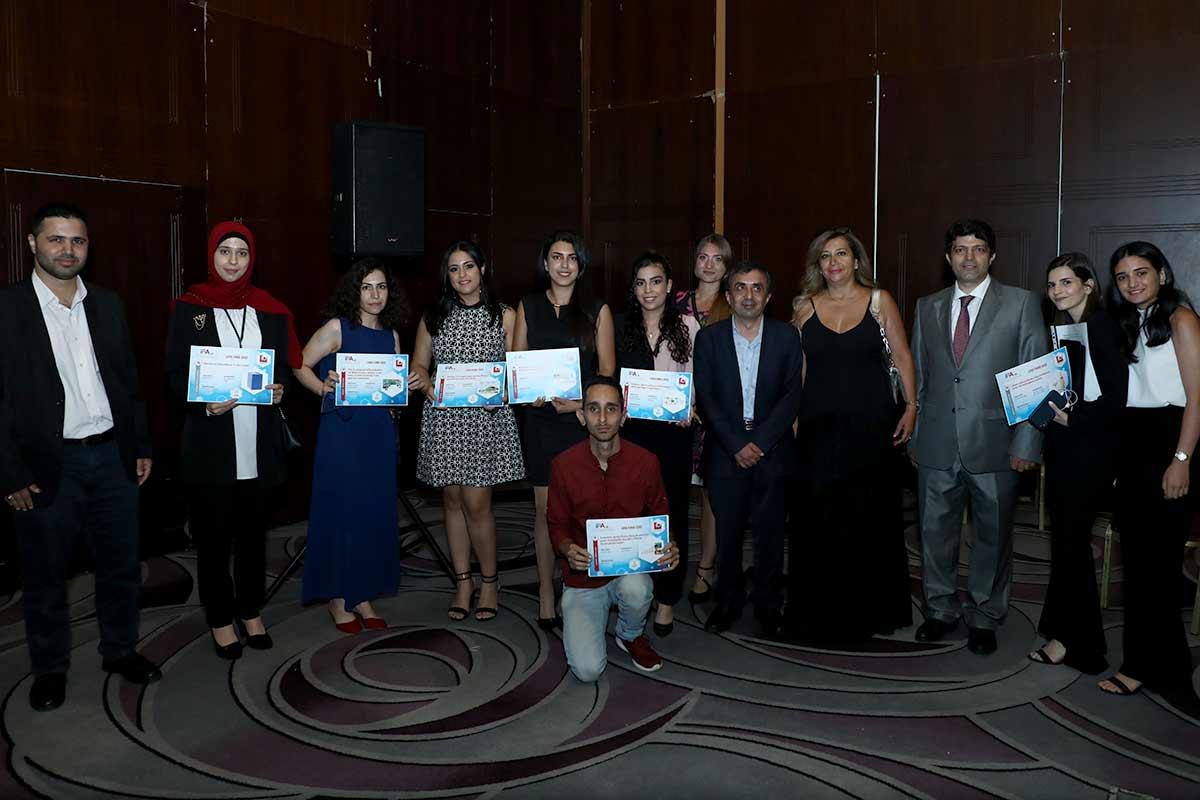 A large number of members of the Lebanese parliament, industrialists, university representatives, media, academic professors and students attended the event that was opened with the Lebanese national anthem.

In his opening speech, the Head of IRALEB executive board, Eng. Ziad Shammas, expressed his pride in "the march we have achieved, which we are taking steadily towards emphasizing and illuminating Lebanon's civilized, scientific, cultural and interactive role."

Salim Al-Zeenni, president of the Association of Lebanese Industrialists (ALI), then took the stage and spoke about the value of innovation in advancing emerging industries, as well as the roles played by the public and private sectors in promoting, funding, and offering incentives for innovation activities.

KAS Representative to Lebanon & Director, Mr. Michael Bauer, spoke about the importance of launching the “Academia Generated Industrial Innovation” mapping report, which was the result of a joint cooperation between IRALEB and the Konrad-Adenauer-Stiftung Lebanon, thanking everyone who contributed to the completion of the report. He stressed the importance of innovation as a factor for social and economic development. Moreover, he emphasized that Konrad-Adenauer-Foundation Lebanon together with its partners will continue its efforts to support the Lebanese innovators and Lebanon’s research and innovation ecosystem.

The ceremony was held under the patronage of the Lebanese Minister of Industry, Mr. Georges Bouchikian, who in his welcoming note said: “The world moved from one industrial revolution to another. Modern paradigm shifts were made possible by inventions that altered notions, raised standards, built civilizations, and hastened outcomes. This movement was distinguished by an individual, group, or team's innovation. Rich nations started setting aside sizable expenditures for research and development, technology, and innovation. It built and outfitted laboratories and provided annual funding in the billions for them. Due to a shortage of funding for R&D and studies as well as resources, the state of Lebanon continues a cautious pace with this approach. However, initiatives from the public sector in this area were there, and I participated alongside the UN and the EU in order to encourage research.”

Then, Ms. Fabienne Balaa, IRALEB Executive Director, presented the facts and findings of the study on “Academia Generated Industrial Innovation”.

After the presentation, Ms. Rémy Derbess, Senior News presenter at LBCI, took over and moderated a panel discussion on the ecosystem profile and the findings of the mapping report as well as the recommendations and the challenges preventing the development of industrial research.

Following the panel discussion, 40 innovative industrial initiatives were showcased by Lead students who went on stage and presented their research project.

It is worth mentioning that IRALEB (formerly known as LIRA program) is a Private Non-Governmental Organization registered in June 2021. Since its inception in 1997 the LIRA (Lebanese Industrial Research Achievements) program has been aiming at providing university researchers with career opportunities that match their potential, in order to contain brain drain and support advancements in the Lebanese industrial sector thereby fostering competitiveness and productivity. LIRA has officially partnered to date with 13 most well-known Lebanese universities and several leading local industries.

Most recently, IRALEB – in collaboration with a consortium of several organizations and institutions over the Middle East and Europe - won a EU project to develop a network and platform to support Lebanese SMEs and Start-ups and to further and facilitate cooperation and collaboration among them over the coming 4 years.