Thoughts & Talks for a Better Lebanon

Online interactive workshop by I Have Learned Academy in collaboration with Konrad-Adenauer-Stiftung, Lebanon Office.
20. April 2021 20:30 - 22:00 Uhr 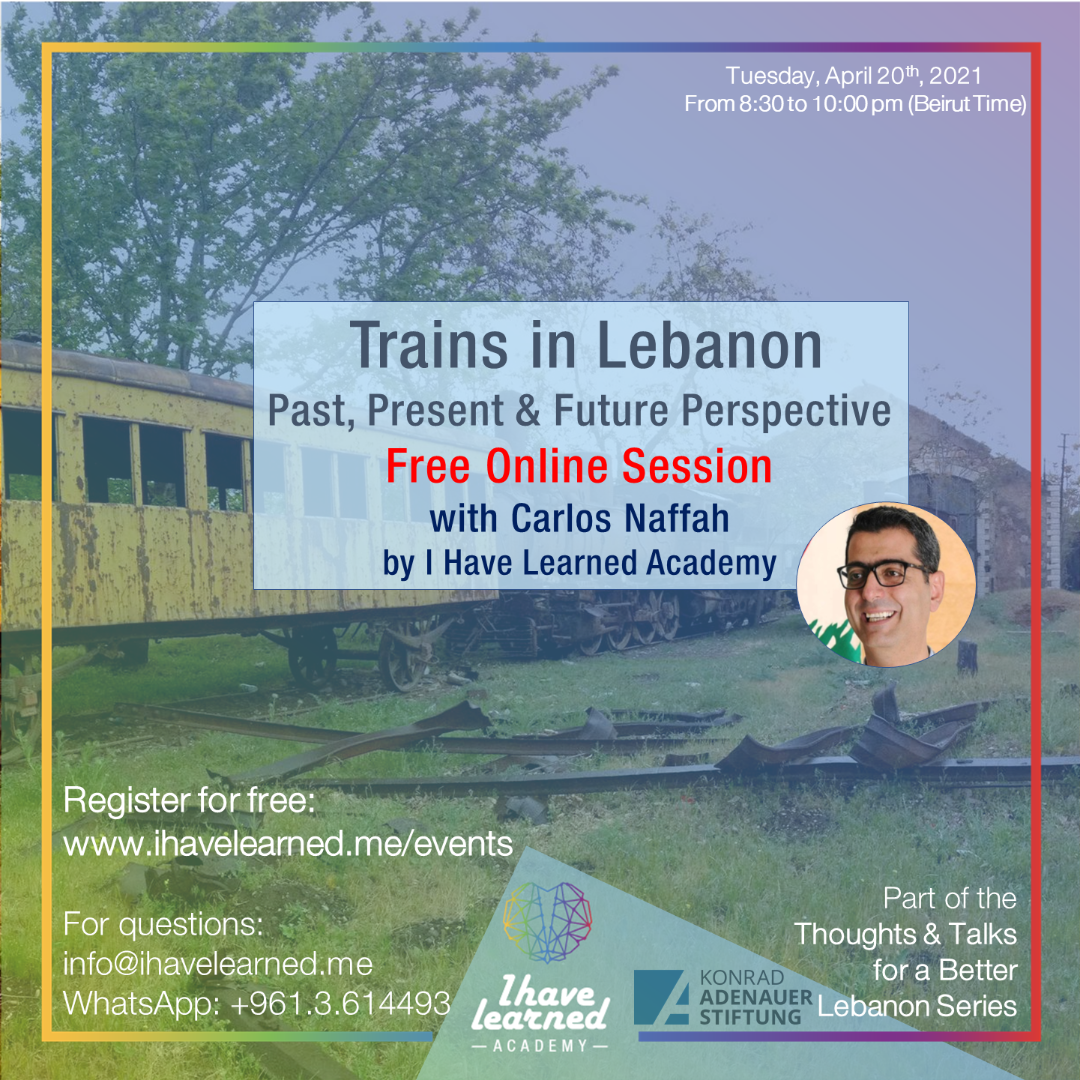 Rail transport in Lebanon began in the 1890s as French projects under the Ottoman Empire but largely ceased in the 1970s owing to the country's civil war. The last remaining routes ended for economic reasons in the 1990s. At its peak Lebanon had about 408 kilometers (254 mi) of railway.

In August 1895, the first steam train departed from Beirut and traveled through the Bekaa Valley towards Rayak Station, near the border with today's Syria. It was the golden age of rail transport in Lebanon.

Lebanon’s 408km of railway once connected Beirut to Damascus, Syria, and Haifa, but has ceased operation after Lebanon's civil war (1975-1990)

Nowadays, the Lebanese suffer of many problems whose solution simply is a sustainable public transport system featuring a national railway supporting the country's demographic and economic growth.

The NGO Train Train made it its mission to put Lebanon back on rails.

In this session we will discussion

2- Current situation of trains and railways

Tickets are free, but booking is a must!