Hate Speech and Religious Incitement in the Lebanese Media

In cooperation with Maharat Foundation, the Konrad Adenauer Foundation in Lebanon organized an experts meeting to discuss the presence of the religious discourse and hate speech in the Lebanese media outlets.
1. Dezember 2015 Bestellinformationen 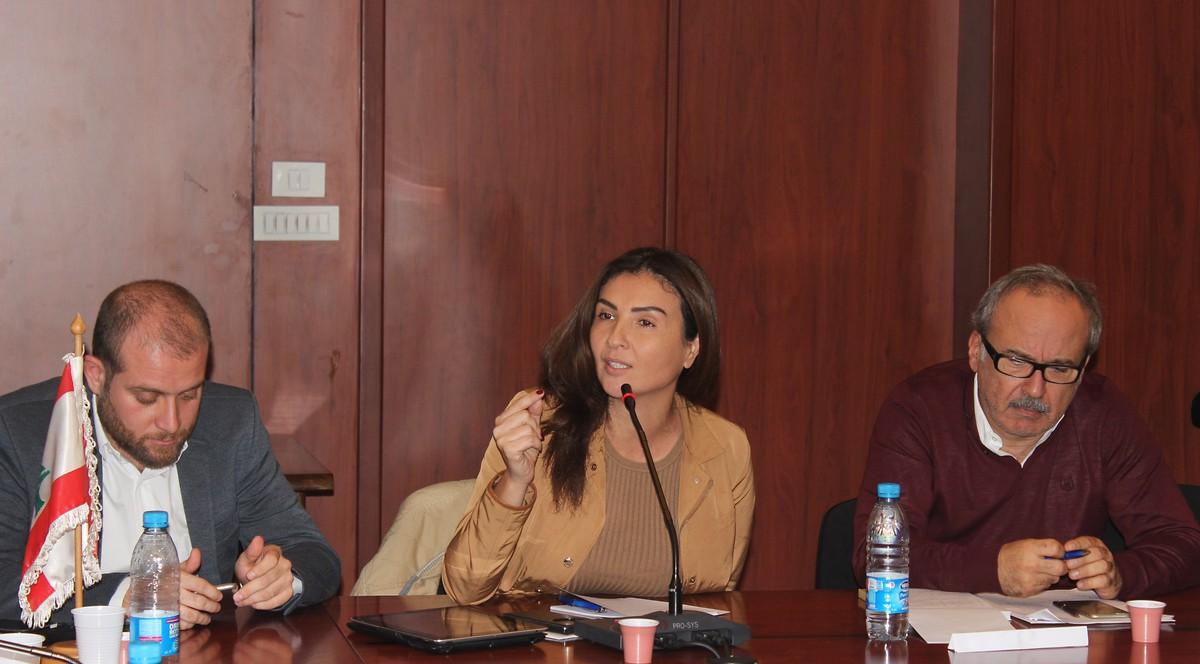 Dr. Jocelyne Nader presents the main findings of her research on "The Religious Discourse and its Manifestations in the Political Talk Shows" 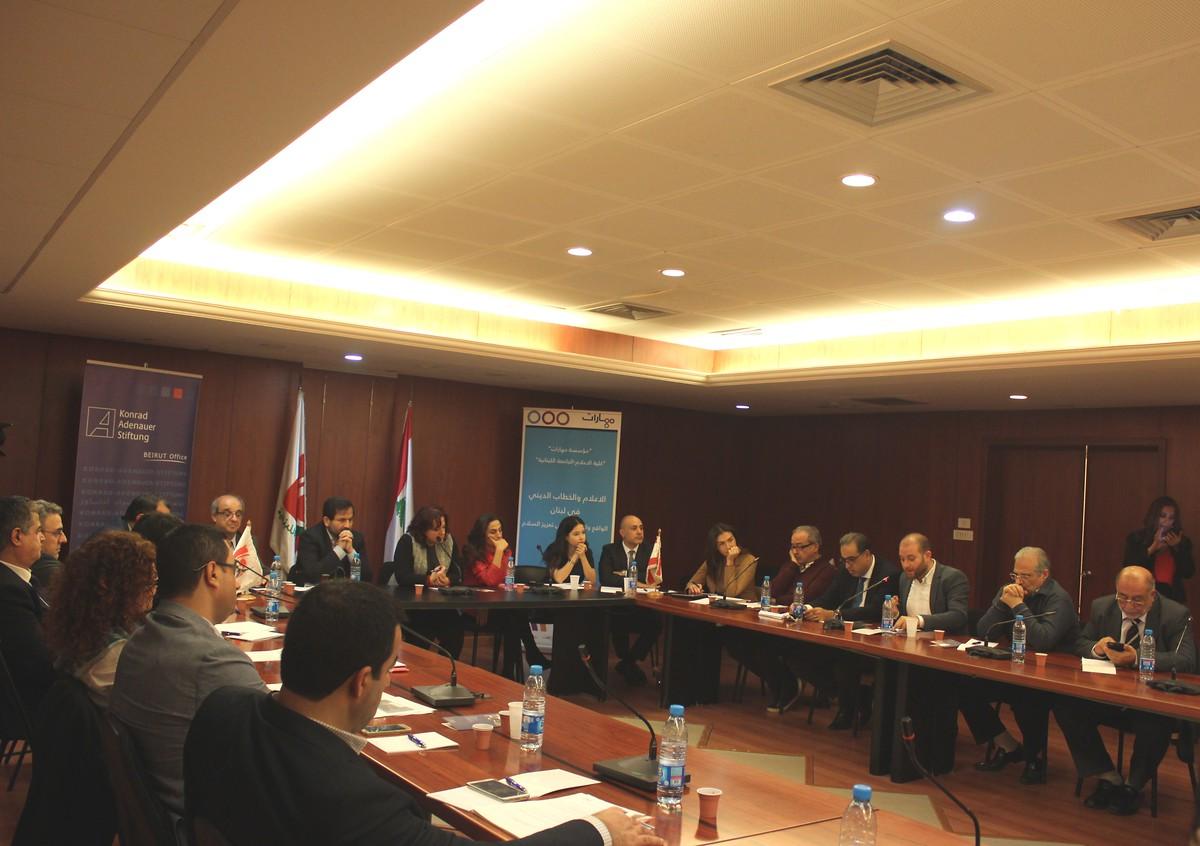 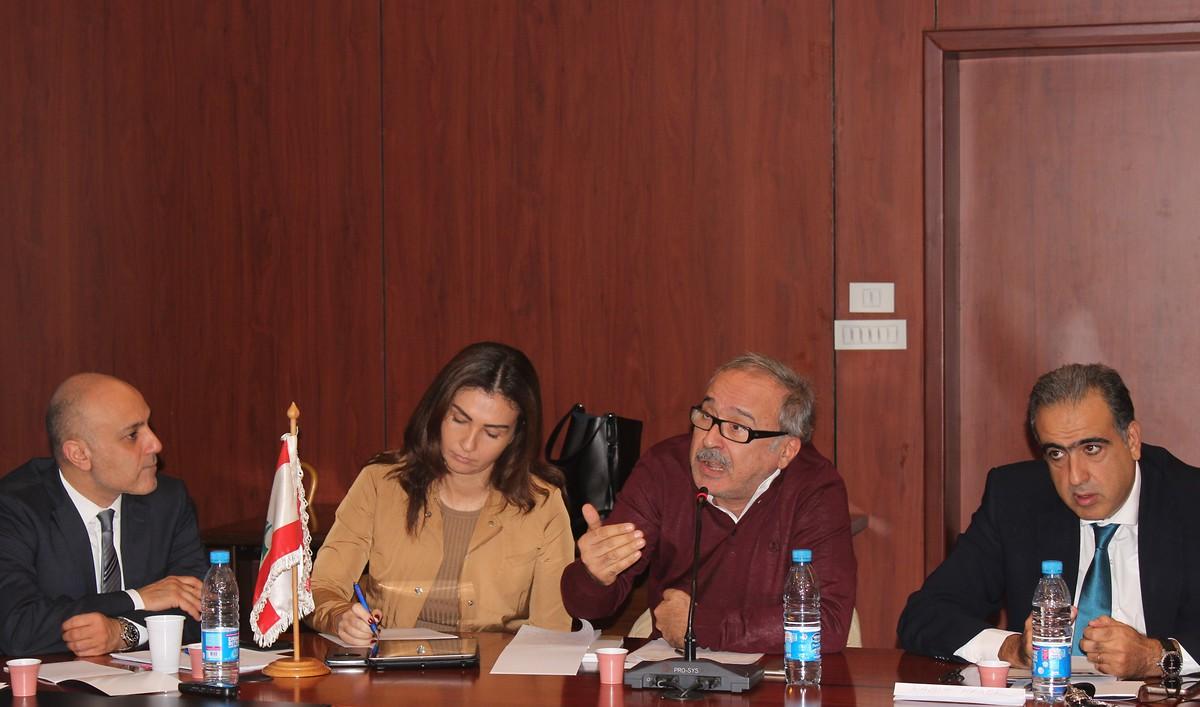 The participants of the expert meeting, including professors, academicians and prominent journalists 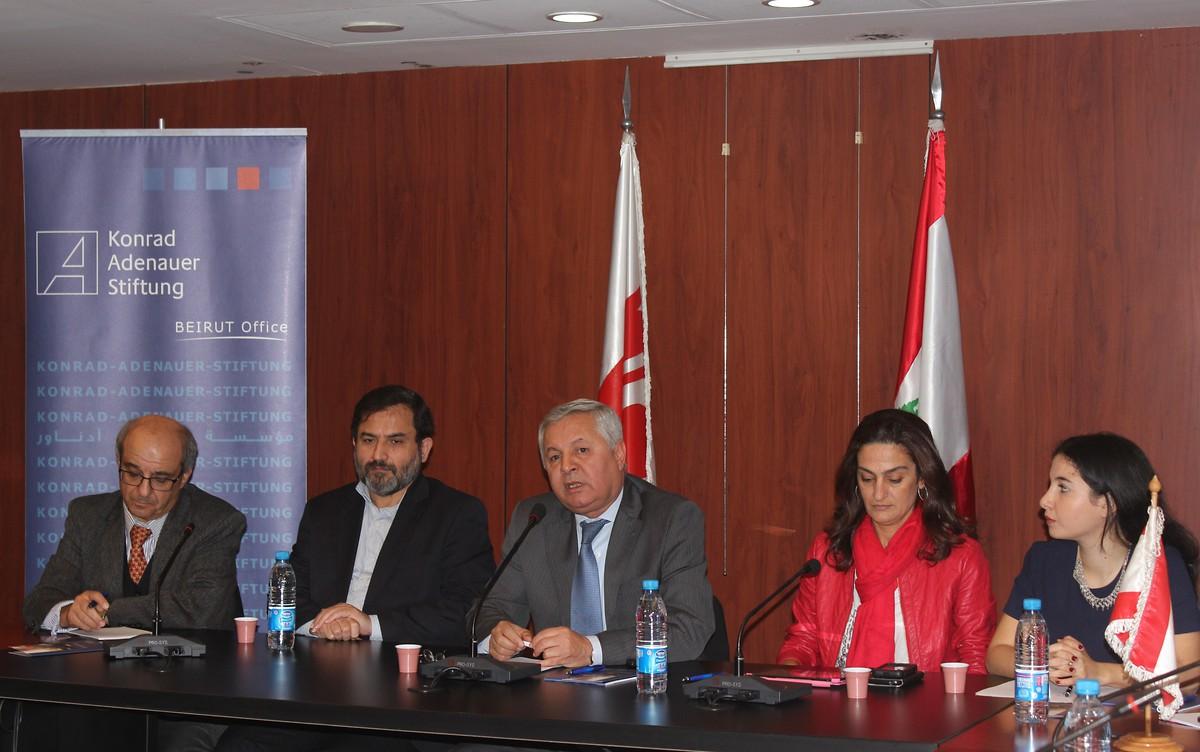 The opening session of the experts meeting, with the representatives from Maharat Foundation and the Konrad Adenauer Foundation, along with the president of the Lebanese University

Valuing the importance of decreasing religious and sectarian incitement and hate speech in the media, the Konrad Adenauer Foundation in Lebanon has engaged, in cooperation with Maharat Foundation, in the publication of four research papers analyzing and studying the religious discourse in the Lebanese media in order to find ways in curbing religious and sectarian incitement in Lebanon. In one of the principle goals we seek to achieve through our work at the Konrad Adenauer Foundation in Lebanon is to promote conflict resolution and peaceful coexistence. And thus, through this project, we aimed at creating the opportunity for all the participants of the experts meeting, including the academicians and prominent journalists who attended the discussion, to reaffirm the Lebanese media’s leading and responsible role in rejecting discrimination, consolidating national unity and promoting peaceful coexistence among all the different communities in Lebanon, something that we could only fulfill when truth is told with utmost credibility and accuracy in an environment that is built on independence, freedom, and social responsibility.

In the midst of a polarized political system in Lebanon, entrenched with the heavy toll of sectarianism and confessionalism, we are confronted with yet another crisis, that of a certain hate speech culture in Lebanon, fueled in great part, but not exclusively, by the media outlets. Hence, with the particular importance the religious discourse has in Lebanon, combined with the plurality of the sectarian political system (with its 18 different sects and religious groups coexisting in Lebanon), we are increasingly witnessing an offending and dishonest rhetoric that is contributing to sectarian strife and hatred.

The experts had conducted thorough research on the topic of hate speech and religious incitement in the Lebanese media, particularly in social and political shows and the news bulletins aired through televised media outlets. Hence,the experts had the opportunity to present the main findings of their research and get valuable feedback from the participants, in addition to the prominent journalists that attended the meeting. The attendees discussed the reality of the religious discourse in the Lebanese media and its influence from the political sectarian system that has entrenched the social fabric of the Lebanese society.