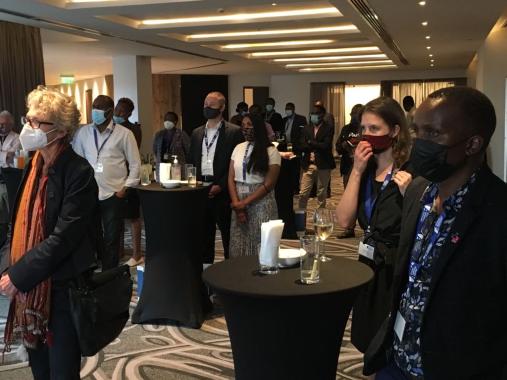 The Kenyan capital was chosen as the location to launch “Hounded: African Journalists in Exile” because it has served as a transit place for many writers from the continent forced to seek sanctuary in other countries for doing their job, observed KAS Media Africa Director Christoph Plate in his opening remarks. Exile is still a reality for African journalists, he remarked citing some of the examples in the book.

The launch was attended by journalists, academics, media owners, bloggers and other invitees. One of those in attendance, Abdalle Ahmed Mumin is a Somali journalist who contributed a chapter to “Hounded: African Journalists in Exile”. Mumin, who spoke about the plight of exiled journalists and the importance of not giving in to “people who want to silence you,” fled to Nairobi in 2015 after death threats and an attempt on his life by Al-Shabaab for his work. As book editor Joseph Odindo reflected, the Somali scribe escaped death narrowly after his car was sprayed with bullets in Mogadishu.

The book includes accounts of 15 other journalists from different parts of Africa. For Odindo, a veteran editor, “Hounded: African Journalists in Exile” is a tribute and record of history. The grandee urged journalists and other people who believe in media freedom to not take the right to publish for granted but to guard and defend it.