With the worldwide development and consolidation of constitutional review procedures, constitutional courts and councils are increasingly confronted with highly political and controversial questions. In this regard, the quality of judicial decision-making processes plays an important role in preventing political polarization and rendering decisions in accordance to the constitution that at the same time remain within the societal consensus and do not reflect any prior bias.
22. November 2019 Bestellinformationen

From 19th to 20th November 2019, constitutional court judges and constitutional law scholars from the MENA region and Europe gathered in Beirut, Lebanon, at the occasion of the yearly constitutional dialogue. This year’s event served as a comparative forum to discuss different legal traditions, challenges and best practices regarding internal decision-making processes in constitutional courts and councils.

Against this background the expert meeting brought together constitutional court judges and experts at an international level to provide a systematic and comprehensive analysis and deeper understanding of the challenges of judicial deliberation, the framework and conditions for effective, neutral and non-partisan decision-making processes at constitutional courts and councils. The main goal of the expert meeting was to identify and compare different legal traditions, approaches and best-practices that have been adopted by selected countries of the region and internationally with regard to internal processes of decision-making.

During the first day of the meeting, the international experts Gertrude Lübbe-Wolf, Former Justice of the Federal Constitutional Court of the Republic of Germany, Adel Omar Sherif, Deputy Chief, Justice of the Supreme Constitutional Court of Egypt as well as Faisal Al-Gharib, Adviser to the Minister of Justice of Kuwait outlined and compared the constitutional court systems of their home countries. In addition, Lara Kanoun Baestany, professor at the American University of Beirut and member of the Initiative for Constitutional Dialogue, gave a brief overview of the efforts the initiative has made in formulating amendments to the Lebanese Constitution, main parts being an introduction of social and economic rights, the independence of the judicial system, and reinforcing the rule of law. At the end of the day the group of national and international experts had the opportunity to visit the Lebanese Constitutional Council and to exchange with its newly appointed members.

The focus of the second day was set on a roundtable on internal decision-making in constitutional courts. The experts from the previous day were joined by several members of the Lebanese Constitutional Council. During a first session, the experts examined more closely different cultures of decision-making in Germany, France, but also in the represented countries of the Middle East. Among the discussed topics, the expert emphasized on deliberation and voting processes, interpretation methods, but also the establishment processes of constitutional courts in the MENA region. The second session dealt more closely with legal frameworks and the advantages and challenges in unifying laws or, alternatively, in establishing common denominators of constitutional courts in the region.

The roundtable was followed by a reception in the premises of the Rule of Law Programme Middle East/North Africa during which Anja Schoeller-Schletter, Director of the Rule of Law Programme, thanked the program partners for the fruitful cooperation over the past years. In the course of the evening, national and international law scholars, judges, professors and representatives of cooperation partners and institutions, among which President of the Lebanese Constitutional Council Tannous Mechleb and former President of the Constitutional Council Issam Sleiman had the opportunity to further debate and exchange on current challenges to the Rule of Law in the MENA-region. 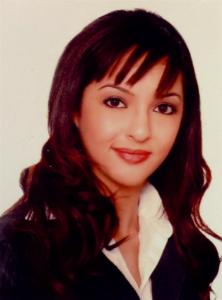