Youth Employment Policies in the European Union. The Perspective of Young Centre-Right Politicians

The ‘Job Creation Summit’ was held in Bucharest on 3rd- 6th October 2013, gathering over 130 YEPP representatives who discussed about the issues of youth employment in Europe and developed a programmatic document for PPE in order to promote the employment of young people. With this occasion, Konrad Adenauer Foundation organized the debate “Youth Employment Policies in the European Union. The Perspective of Young Centre-Right Politicians“, which was attended by YEPP representatives and other guests from Romania and Europe.
9. Oktober 2013 Bestellinformationen

Konrad Adenauer Foundation hosted on 3 rd - 4th October the debate “Youth Employment Policies in the European Union. The Perspective of Young Centre-Right Politicians“, occasioned by YEPP Presidents Summit, held between 3 rd - 6th October in Bucharest. The purpose of this meeting, one of the most important organized by YEPP in the last 10 years, has been to develop a common strategy for fighting against youth unemployment in Europe. In fact, the motto of the meeting was "We want jobs, not social programs."

The first day of the event was dedicated to the discussion of the employment and unemployment situation in Romania. The participants asked Boagiu PDL Senator, Vice-President of EPP and former Minister of Transport and Andreea Paul, PDL deputy and First-Vice-President of PDL. We deduced that Romania is facing a real problem concerning the youth unemployment, taking into account the situation of the last period of 24% youth unemployment, with troubling prospects, and a lack of government policies in leading job creation. One of the most serious problems in Romania is the content of the educational system and the lack of mechanisms to develop young creativity.

In the first part of the second Summit day, the YEPP representatives discussed on a resolution in order to ask European governments to create jobs and no social programs for youth. The resolution was adopted in Committee Chair, becoming a programmatic document of YEPP. In the second half of the day, in the room of C.A. Rosetti from the Parliament House, it was organized a meeting with Michel Barnier, European Commissioner for Internal Market and Services and Vasile Blaga, president of PDL. The event was attended by more then 500 young people. In his speech, the Commissioner underlined the need of European solidarity, and the return to our basic principles of the social market economy, economic order and the Christian Democrat of the EPP values: "We must feel like Europeans, as well as citizens of our countries". EU Commissioner Barnier expressed his full support for YEPP’s Jobs Plan while presenting to the presidents the priorities of the European Commission.

PDL President Vasile Blaga made a sketch of Romanian realities, drawing attention to the recent Government measures of USL against the rule of law in Romania.

In addition to the meetings, in "Human Rights" room, YEPP representatives discussed about the measures to promote youth employment in Europe. The debate was attended by MEP Marian -Jean Marinescu, Vice President of the EPP Group in the European Parliament, Oana Antonescu, Monika Panayotova and Theodor Stolojan. “We are creating the largest alliance in Europe for Jobs. By joining forces with MEPs, national MPs, Ministers of Employment, Finance and Education, Heads of State, Party Leaders, Academics, Think Tanks, Business Leaders and youth organisations we plan to kick start job creation in the Union and help the 6 million young jobless of Europe. We are determined to continue until real reforms for job creation are voted in national parliaments. We will not stop until we see results for the young jobless of Europe and stand against every populist who promises jobs through failing guarantees”, said Konstantinos Kyranakis , president of YEPP , underlining the need to continue the efforts to promote youth employment policies until they are adopted by the parliaments of each member country of the European Union.

The day ended with a reception hosted by the Konrad Adenauer Foundation. Catalin Predoiu , First-Vice-President of PDL and Prime Minister of the alternative Government of PDL, attended the meeting and spoke about the alternative government program and the measures used against USL policies. MEP Petru Luhan also attended the reception and he spoke about the measures already adopted by the European Parliament in promoting the employment of young people. 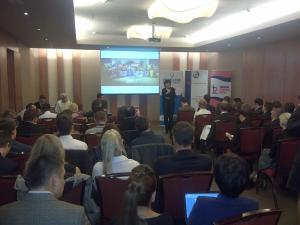 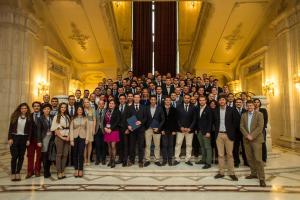 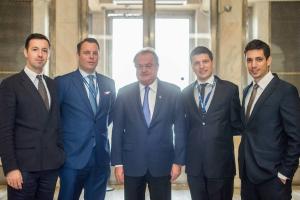 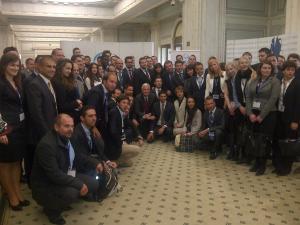