During his visit at the Konrad-Adenauer-Stiftung in Berlin on April 23 2018, the Australian Prime Minister, the Hon Malcolm Turnbull MP, stood up for the quick conclusion of a Free Trade Agreement (FTA) between Australia and the EU.
May 17, 2018 Ordering Information 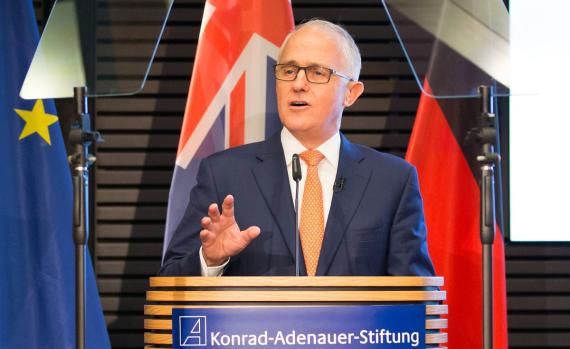 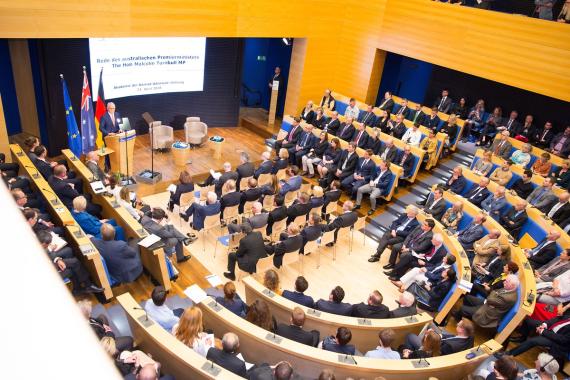 The Australian Prime Minister gave a keynote address at the Konrad-Adenauer-Stiftung in Berlin ... 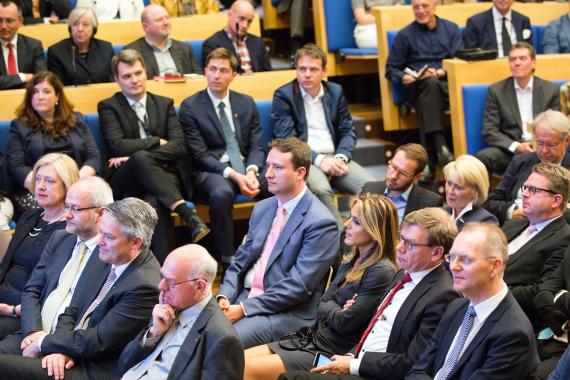 ... in front of an eclectic audience of politicians and other relevant stakeholders. 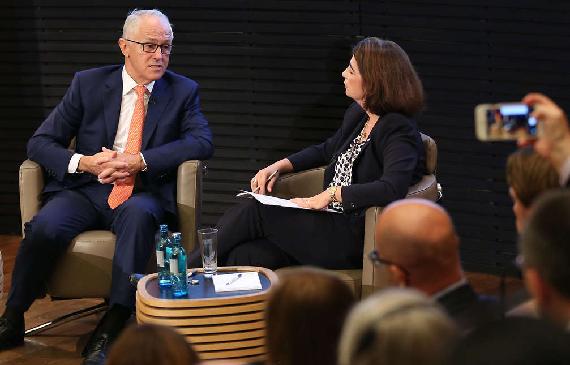 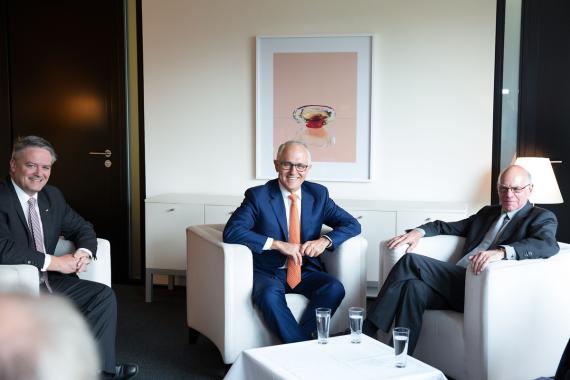 KAS Chairman Prof Dr Norbert Lammert also encouraged a closer cooperation between Germany and Australia. The two countries have more in common than one would expect. With regards to global challenges, western democracies should cooperate closely politically and economically, and cultivate existing contacts to strengthen relationships. Countries which share common values, and which have the same idea of a modern society, should intensify their cooperation.

In his keynote, PM Turnbull pointed out that the EU is Australia’s second biggest trade partner after China. Mr Turnbull also emphasised that only free trade could assure peace and prosperity, while protectionism would endanger the base of our coexistence. Facing increasing populism, as well as strategic competition and an authoritarian resurgence, it is now more necessary than ever to stand up for the principles of economic freedom. Talking about the policies of China and Russia, he said: “Yet the very same economic forces that have delivered prosperity and opportunity are also generating political uncertainty, military capability and strategic ambition.”

(...) PM Turnbull highlighted that, if both sides benefit equally from the agreement, the FTA would be more than an access to both markets. The defence and agriculture industries need strong rules for fair and transparent competition; the FTA could make “it easier for European businesses to use Australia as a launchpad into Asia.”

PM Turnbull also reminded the audience of a meeting in 1956 between German Chancellor, Konrad Adenauer, and the then Australian Prime Minister, Robert Menzies, where the statesmen confirmed their critical stance on the Soviet Union. Both men “were fighting for the values of freedom, individual enterprise, individual human dignity.” Mr Turnbull remarked that today, Germany and Australia share “a great accordance of views (…) in regards to the most pressing problems of our time.”