5th Annual Conference of Women on Top: ‘Equality and Inclusion in Business’

by Martha Kontodaimon
Report about the 5th Annual Conference of Women on Top: ‘Equality and Inclusion in Business’
March 1, 2022 Ordering Information 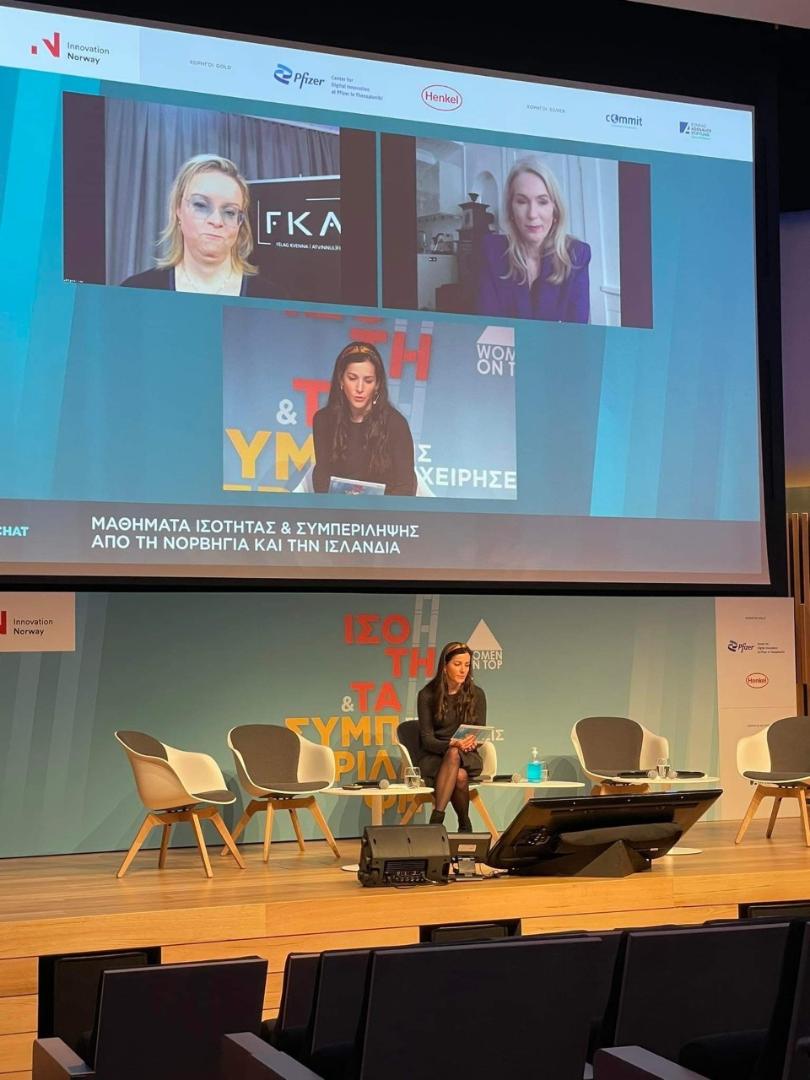 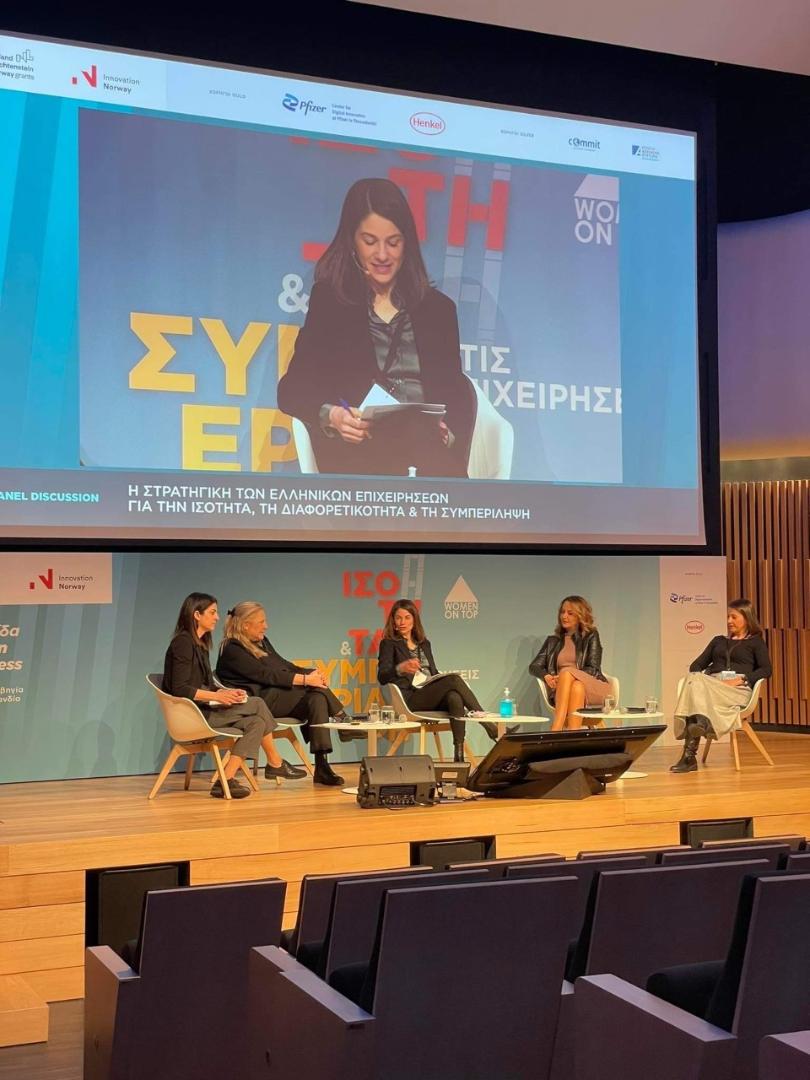 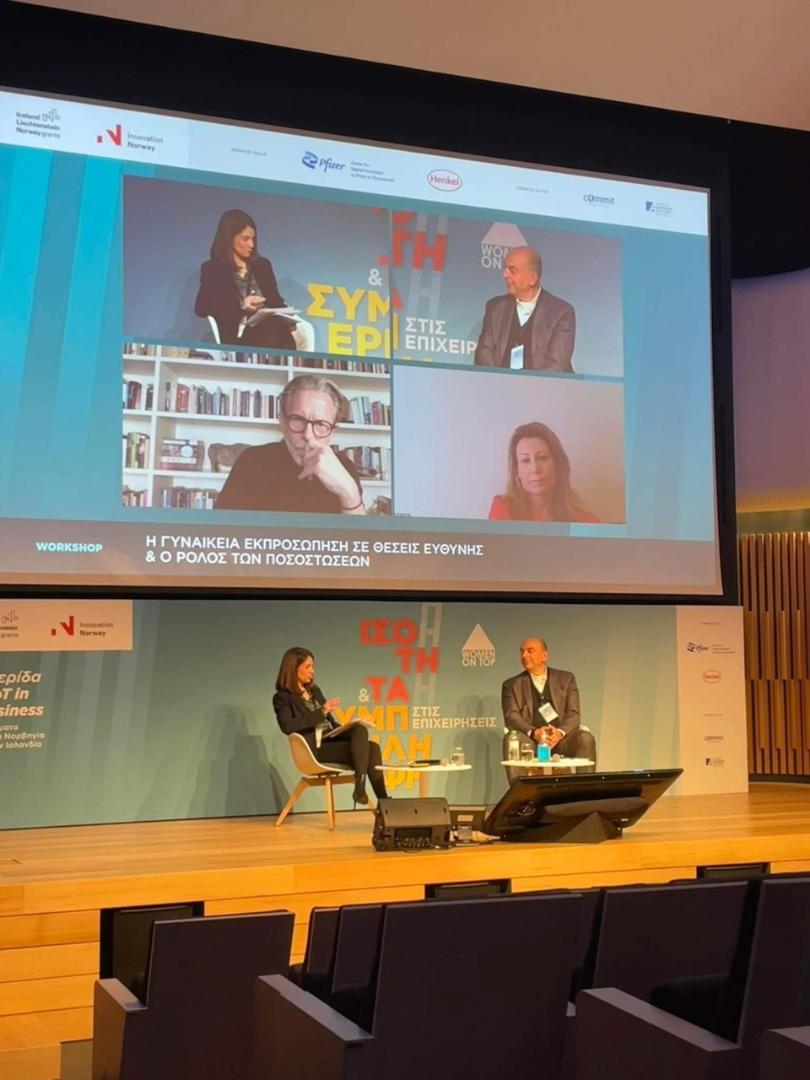 Workshop on the Greek quota law to the executive boards of companies Speakers: Pavlos Geroulans,Politician, Leader of a municipal faction in the Municipality of Athens ,Vasiliki Lazarakou, Chairman of the Hellenic Capital Market Commission, Member of the Management Board of the European Securities and Markets Authority (ESMA) and Theodoros Kitsos, Vice Chairman of the Board, Independent Non-Executive Member of the Plastics Group of Thrace 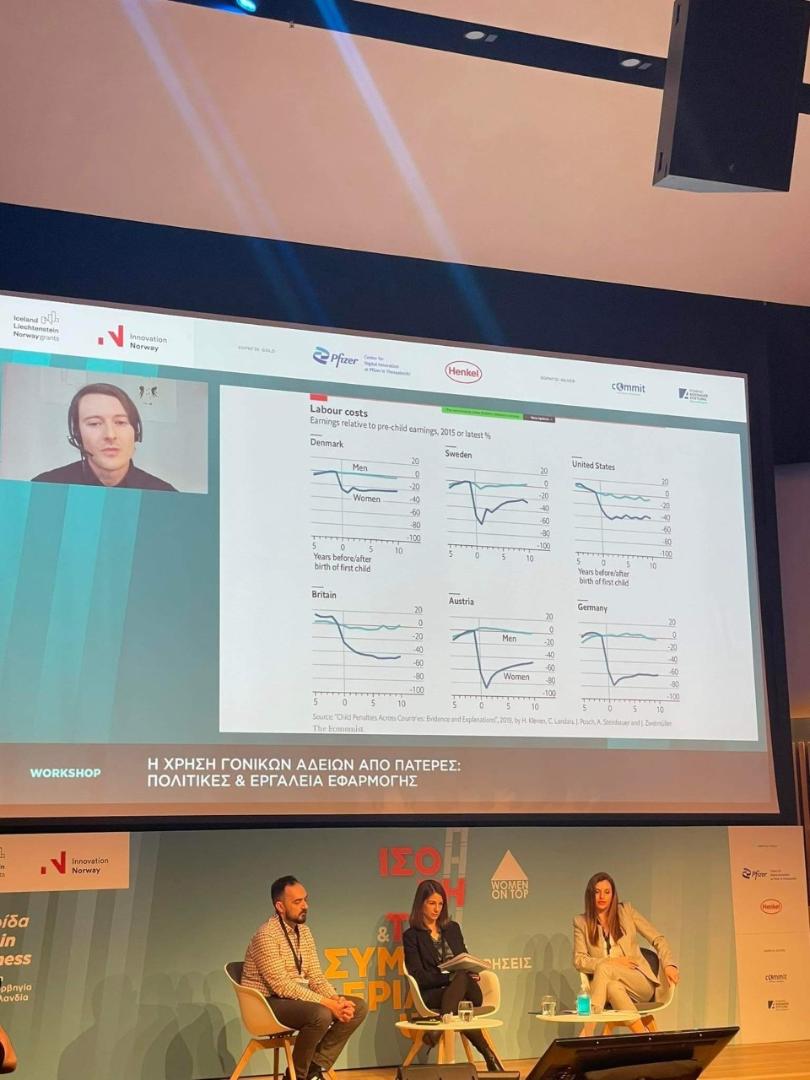 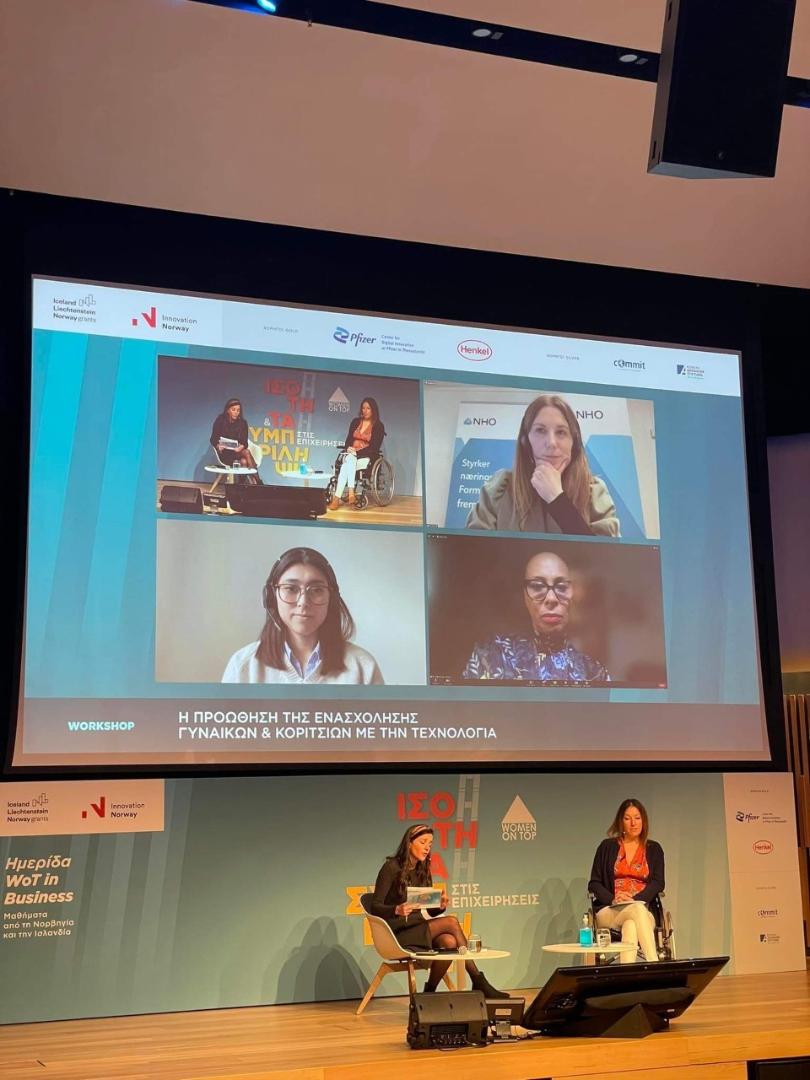 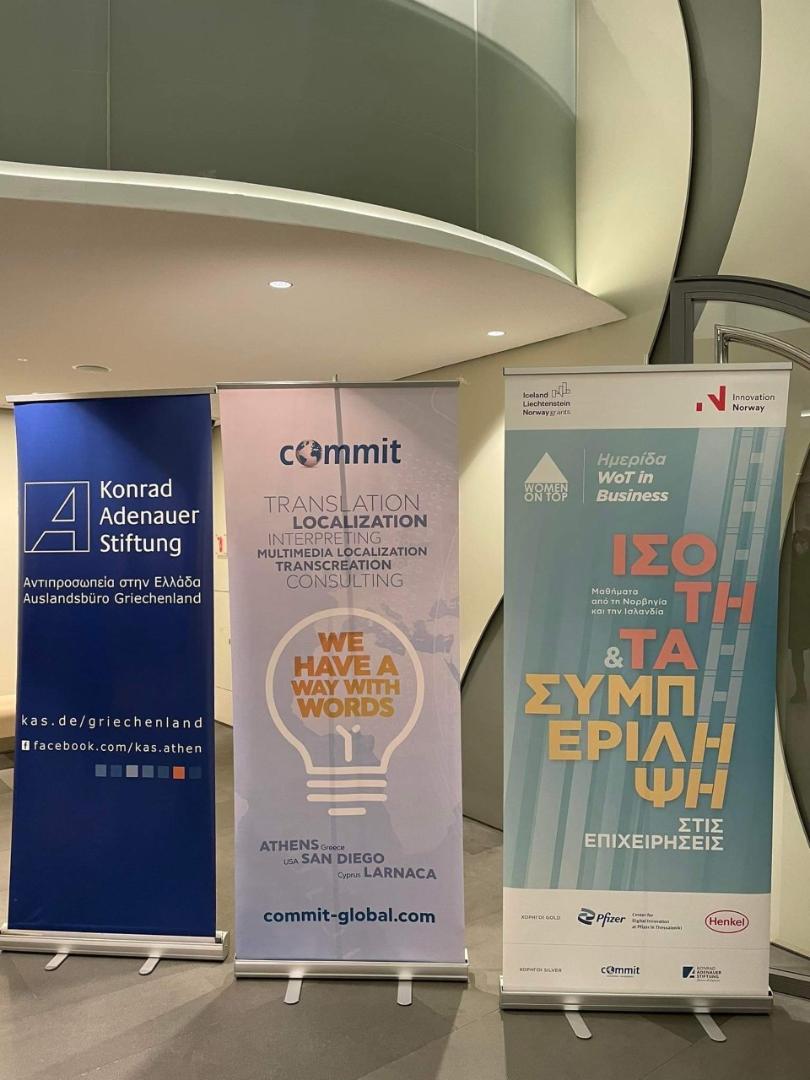 KAS Sponsor of 5th Annual Conference of Women on Top: ‘Equality and Inclusion in Business’ 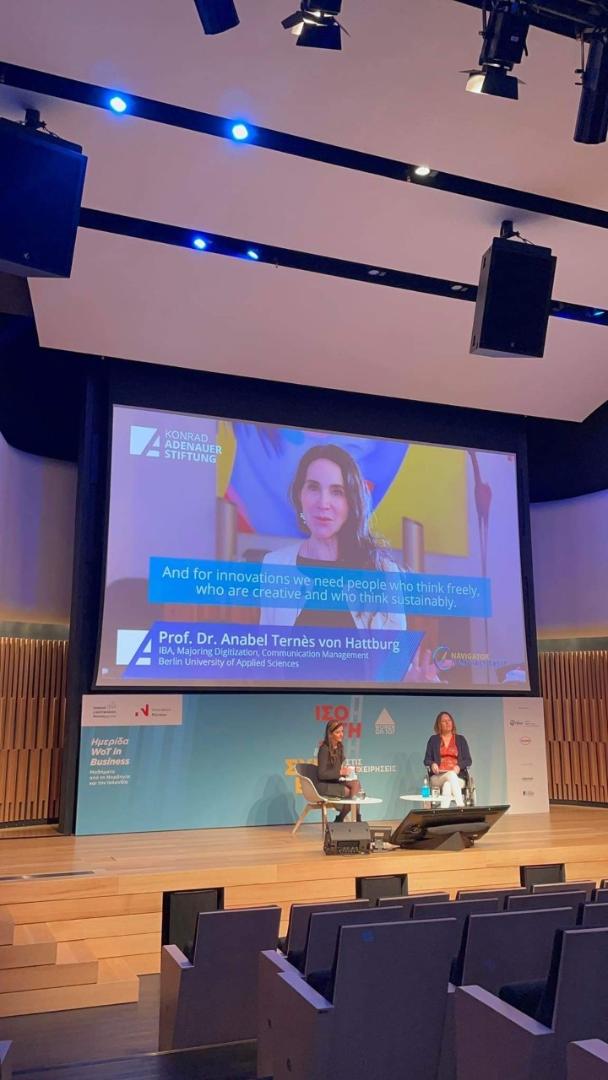 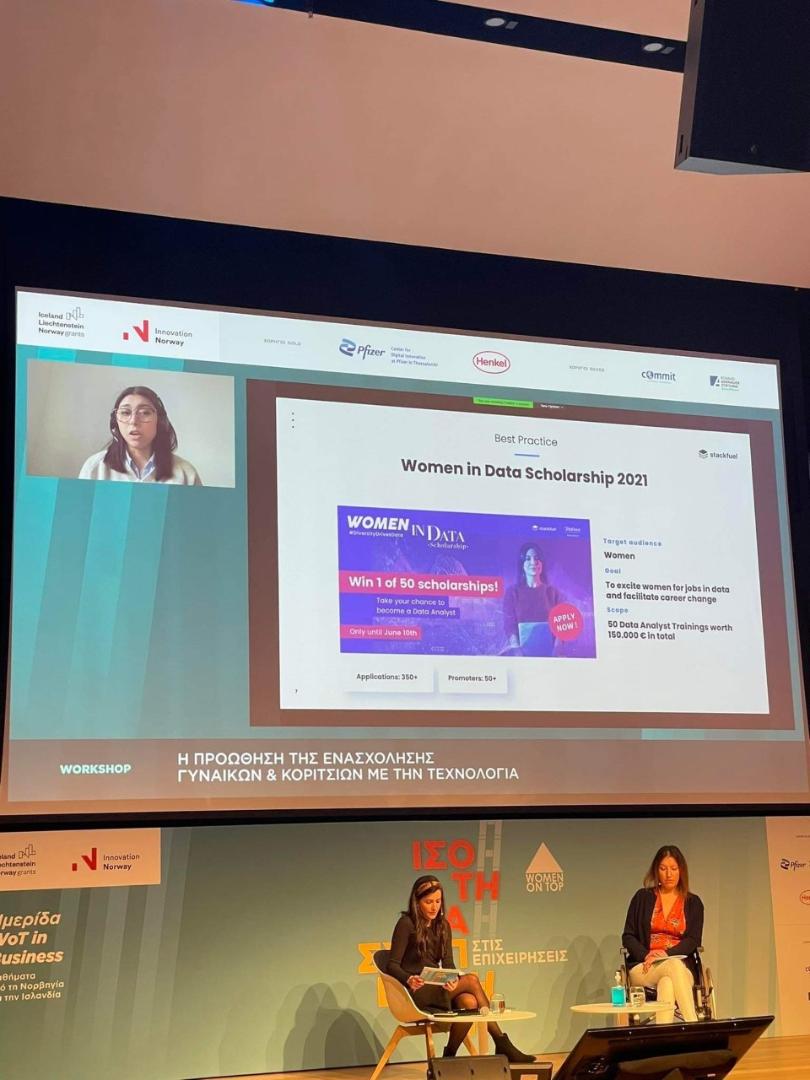 On 23rd February 2022, the 5th annual conference of Women on Top with the title ‘Women in Business’ took place with the support of Konrad Adenauer Stiftung in Greece and Cyprus. The main theme of the hybrid conference was the best practices implemented by organizations and companies in Norway and Iceland, two countries which are at the top of gender equality in Europe. Through two panel discussions and three thematic workshops, tools and methodologies have been explored aiming at enhancing the efforts to establish Equality, Diversity and Inclusion in Greek private sector.
In the fireside chat ‘Equality & Inclusion takeaways from Norway and Iceland’, the two speakers, Sigríður Hrund Pétursdóttir, Chairman FKA, and Anita Krohn Traaseth, Business executive, Chair, Non-Executive director, highlighted that gender equality still remains the greatest challenge despite the change of dynamics. Unlike the public sector, women chairing in businesses are still a minority, as they are not trained and mentored to become leaders from an early age. Therefore, both speakers supported that companies need to learn how to be more tolerant towards diversity and authenticity so as to attract more women leaders.

The second panel discussion between four Greek women managers examined the strategy of Greek businesses on equality, diversity and inclusion. All of the speakers admitted that they had a story to tell about gender discrimination in the workplace and agreed that there are many obstacles such as stereotypes, in equal representation of women in leadership positions and gender pay gap, that should be overcome in order to establish equality and inclusivity in private sector. After the panel discussions, three workshops followed concerning controversial issues like the quotas system, parental leave and women in STEM.

In the first workshop, Pavlos Geroulans, Vasiliki Lazarakou and Theodoros Kitsos discussed the Greek quota law to the executive boards of companies. Quota laws are perceived as a significant tool for achieving an equal participation in the business sector. However, the main concern now, expressed by all speakers, is how law can be substantially implemented in all businesses without the gender washing effect.
The second workshop examined the progress that has been made in the parental leave system and the reasons of its low acceptance by men. Julian Vedeler Johnsen, Associate Professor of Economics at the University of Bergen, and Dimitris Platis shared statistical on parental leave quotas in Norway and Greece, the work-life balance program (SHARE sign) and what are the main concerns of men. Thalia Vouvonikou, Head of Human Resources Greece & Cyprus στην εταιρεία Henkel Hellas SA, indicated some of Henkel’s best practises in order to create a positive connotation of the parental leave.
In the third workshop, Jenny Leivadarou shared her experience regarding women in the scientific field in Greece and Isabel Sum, Rachel Cheeks-Ghivan and Monika Aasen presented various projects in Norway, Germany, USA concerning the empowerment of women’s presence in STEM field. In particular, Isabel Sum, Senior Account Executive Stack Fuel GmbH, presented her intrapreneurial project, the Women in Data scholarship in 2021, which aims at closing the gender gap in tech and inspiring more women to advance in their tech and IT careers.
From all discussions and workshops, three main conclusions have emerged:
Women should be exposed to female leadership role models and receive the proper guidance from an early age.
Despite their controversial characteristics, quotas are necessary for giving women equal chances.
Companies should give them incentives and guarantees. In order to make parental leave more attractive.