Germany and the EU after the Election

On October 25th, the Konrad-Adenauer-Foundation teamed up with the Scottish Centre on European Relations to host a public panel discussion on German and European politics.
October 25, 2017 Ordering Information 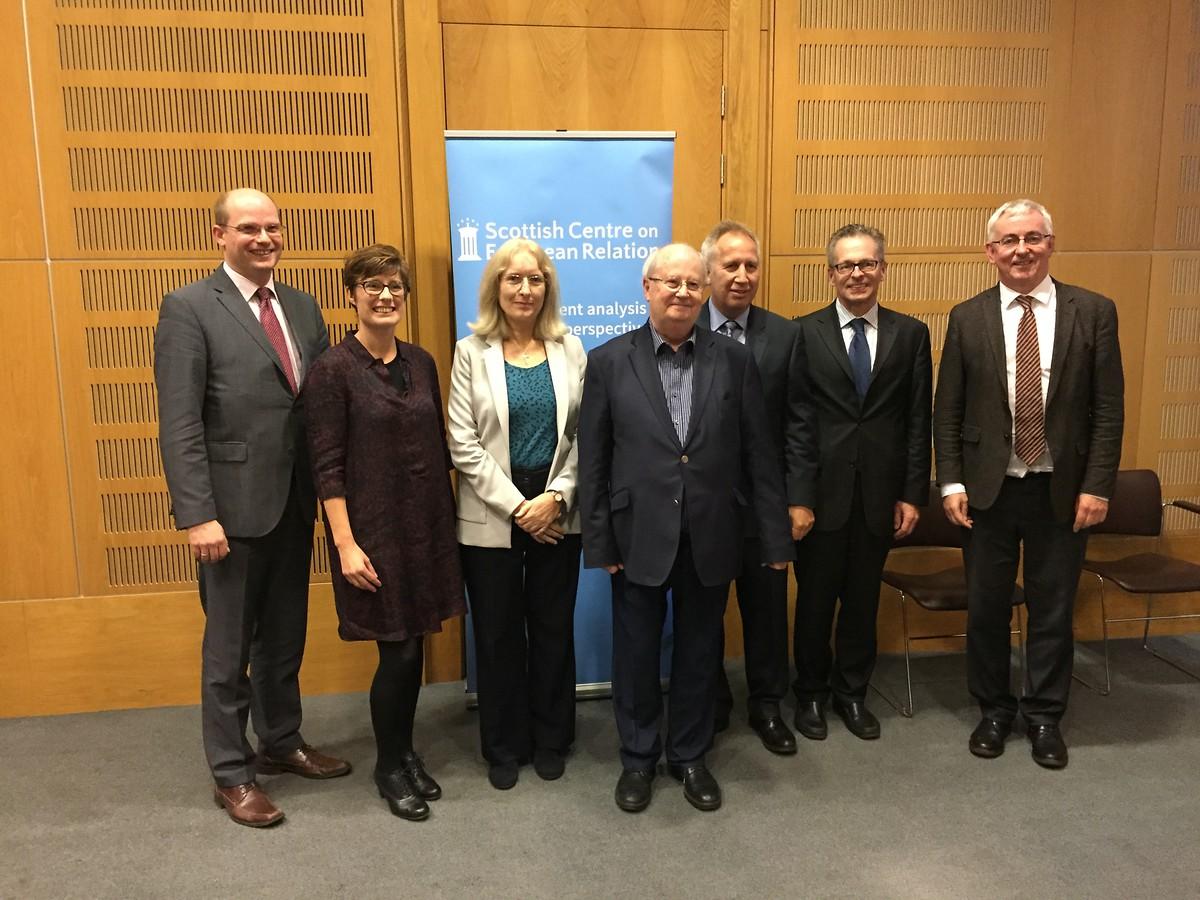 On 25th October, the Konrad-Adenauer-Foundation teamed up with the Scottish Centre on European Relations to host a public panel discussion titled “Germany and the EU after the Election” at Glasgow University.

This public event followed an expert roundtable workshop with participants from the United Kingdom, Germany and other EU-Member States about the EU’s current challenges and possible solutions.

Dr Stephan Hesselmann, senior economic adviser to the CDU/CSU parliamentary group at the German Bundestag, pointed out that the AfD which is the first populist radical-right party that entered the Bundestag after more than 60 years now has to prove that it can hold a debate under democratic rules and procedures. The Parliament is the best place for politicians to come to grips with the Afd, Dr Hesselmann underlined.

Prof Willie Paterson, Honorary Professor for German and European Politics at Aston University, suggested furthermore that expectations outside Germany of a clear victory of Angela Merkel were overoptimistic. On the AfD he stated that cultural backlash should be taken into consideration when one wants to explain the rise of populism in Germany during the last years.

Individual EU member states approach the EU differently, Mr Gehrold, senior adviser on Brexit for the CDU/CSU parliamentary group, stressed, but cooperation in key areas such as defence and energy politics should be deepened. However, subsidiarity should always be considered when talking about the EU’s future.

Dr Kristy Hughes finally pointed out that the chances of a no-Brexit scenario are going up. Furthermore, she emphasised that the newly revived Franco-German relationship helps the European Union to regain its confidence. Dr Hughes stressed, however, that there still are democracy issues going on in Europe and that both the financial and migration crisis need to be solved.

Germany and the EU after the Elections