Germany and the UK: Contrasts and Similarities - Foundation Office United Kingdom and Ireland

On the evening of March 18th 2014, the Konrad-Adenauer-Foundation, the Federal Trust, and the Global Policy Institute held a panel discussion entitled ‘Attitudes to Migration and the Freedom of Movement’ at Mary Sumner House. This was the first in a series of events assessing the contrasts and similarities between the UK and Germany on a number of key issues.
March 18, 2014 Ordering Information 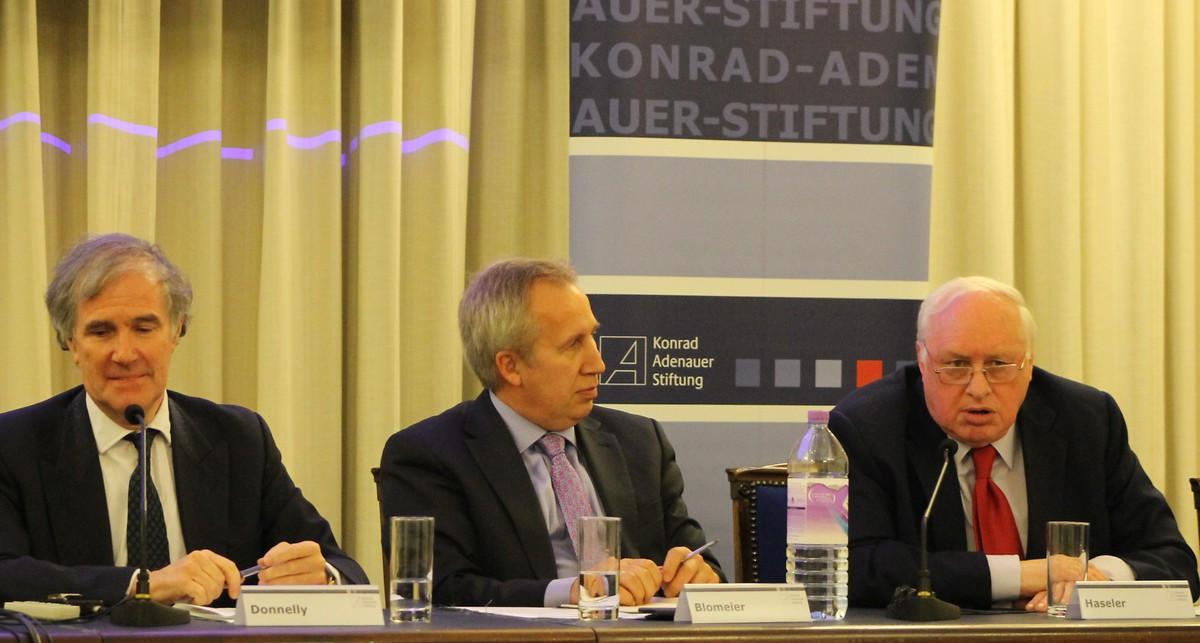 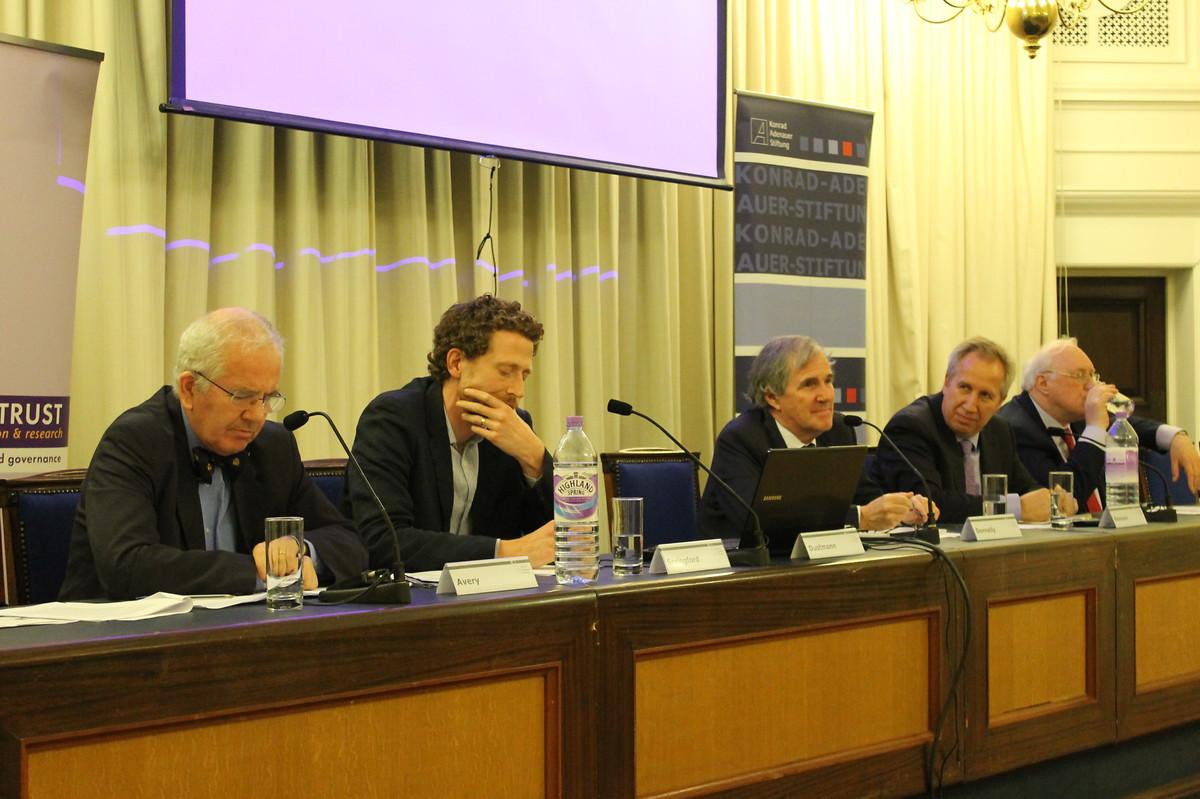 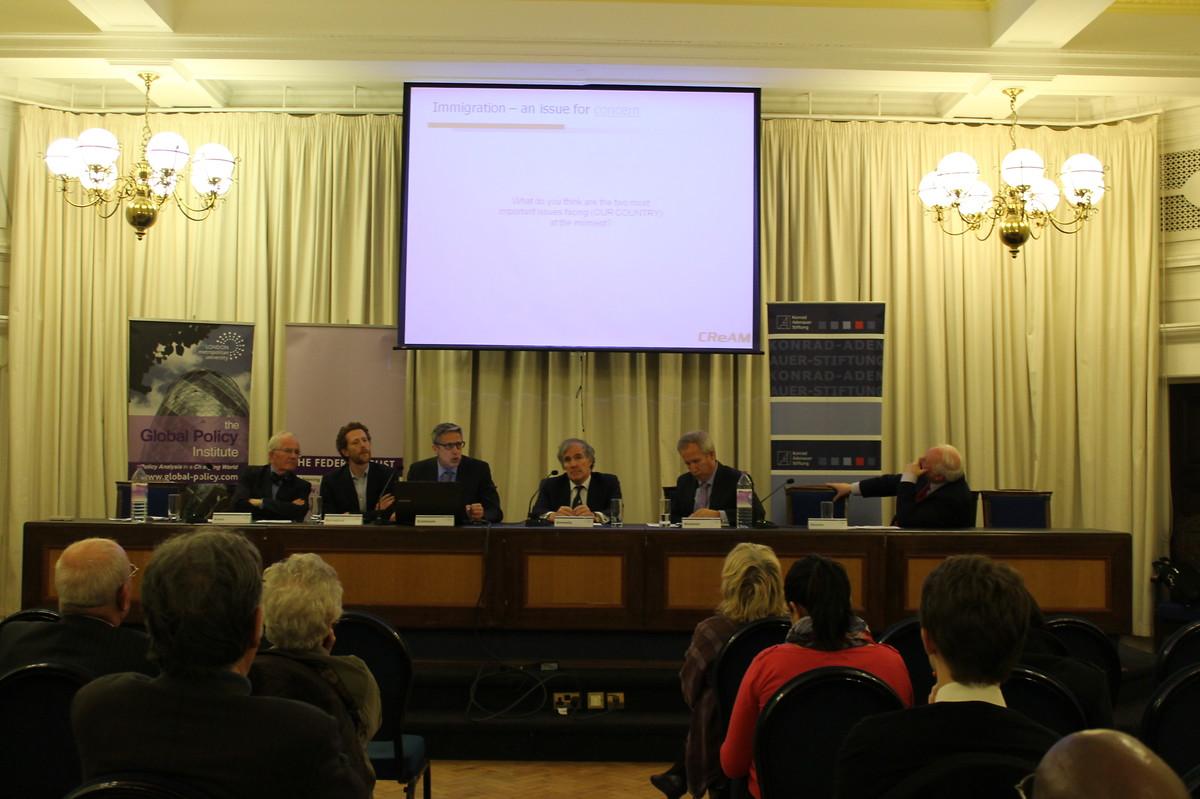 With the following speakers, John Springford (Senior Research Fellow, Centre for European Reform), Professor Christian Dustmann (University College London and Director of CReAM, the Centre for Research and Analysis of Migration) and Graham Avery (Honorary Director-General of the European Commission) and attendees from diverse backgrounds, various dimensions of the debate were addressed throughout the evening. The issue of Bulgarian and Romanian migrants is the latest example of a divisive issue that remains at the top of the agenda for many national governments. Debates over migration are especially topical in the run-up to the European Elections of May 2014, with campaigns from a variety of populist parties such as the AfD in Germany and UKIP in the UK seizing on the issue to gain exposure.

Since the 1957 Treaty of Rome first introduced the idea of free flow of goods, persons, capital and services within EEC and ECSC member states, there has been significant discussion of the issue of intra-EU migration. The Schengen Agreement, for example, extended the freedom of movement by allowing EU citizens to travel without visas to other member-states.

The panel addressed the context of immigration being neither an issue of right or left, as polling indicates negative views are common across the political spectrum. For most UK citizens, according to a recent survey, only the economy is considered more of a priority. This drives a strategic political consensus towards hostile immigration policies in a competition to win votes.

In the public eye, concerns over socio-cultural factors of immigration seem to be far more important than the concern over the impacts on wages and taxes. Individuals do not feel economically threatened by migration as much as they feel socially uncomfortable with its presence. In fact, economically, there is not much evidence that immigration has a substantially negative effect on wages or employment. Neither is there evidence that immigration creates significant social divisions or increases on crime. There appears to be a significant discrepancy between reality and perception when it comes to the actual effect of migration, where facts are made to fit an emotional position.

The panel stressed that the freedom of movement of EU citizens seeking jobs is not equivalent to people seeking better welfare in other member states. This fear seems to be highly irrational since as little as 0,8% of migrants live off welfare after a year of living in the UK. Moreover, there are a similar number of EU migrants living in the UK as there are UK citizens living elsewhere in the EU. The panel elaborated that migration is of crucial importance and benefit to the EU labour market as a whole. Since the UK is facing both skill shortages and demographic problems it is a essentially a beneficiary from EU migration.