Bologna around the World – A Comparative Point of View

The Konrad-Adenauer-Stiftung hosted together with The Centre for the Study of European Politics and Society at the Ben Gurion University of the Negev the Bologna Training Center annual Conference. Higher Education experts from around the world gathered to discuss the Bologna process from a comparative perspective, while reviewing how is the process being implemented outside and inside Europe and its future in Israel
May 15, 2017 Ordering Information

The conference was opened by Mr. Moshe Amir, Director of the Bologna Training Center at the Ben-Gurion University of the Negev. Mr. Amir greeted the participants and stated that the Bologna process is today already part of the higher education system in Israel. The question that needs to be asked is, “where we should go from here?”.

In his greeting Dr. Michael Borchard, Director of Konrad-Adenauer-Stiftung Israel, pointed out how important the work of the Bologna Training Center (BTC) has been in strengthening European-Israeli relations in the field of Higher Education. Israel as leading non-Bologna-country that implemented Bologna guidelines can be seen as one of the results of BTC’s work. While on the one hand there have been misunderstandings between the EU and Israel, which led to alienation, there is a growing interest in European studies by Israeli students on the other hand. Dr. Borchard explained that the interest of the Adenauer foundations is to continue the cooperation with the BTC “so that EU and Israel will not only share the same sky but also the same horizon”.

Ms. Barbara Michalk gave an introduction into the European Higher Education, its historical development and frameworks. She explained the system that is built on easily readable and comparable degrees, based on two main cycles: undergraduate and graduate. While the main goals of cooperation, comparability and recognition are widely implemented, it is still not fully implemented, and there are additional aspects that are still added into the agenda. This voluntary process of the participating countries is taking place in different stages and phases. It is of course also interrelated with political and economic situation in each country. Some problems which Ms. Michalk mentioned, are the challenge of an unbalanced mobility of outgoing and incoming students and how or if to keep countries such as Hungary and Turkey part of the system in the future.

Dr. Foteini Asderaki’s research states that regime theory explains higher education policy reforms in Europe. She sees the Bologna Process as a pan-European, voluntary interdependent process, that is a reaction to inter-European problems and international concurrence. In the discussion on academic freedom, one has to consider the role of learning for regime formation and so the discussion becomes a discussion on European identity.

In his main hypothesis of this study Mr. Yoav Friedman sees the EU as using the Bologna Process as an international regime. Regime Theory looks at formation, outcomes, mechanism, and behavior of actors and transformation of regimes. The Bologna Process is considered as a regime that contains European humanistic traditions and must accept guidelines set by EU as it is financed by EU. The agenda of the EU is to stimulate the economic world and to ensure employment ability. Yet the public good of the Bologna process is that it creates a framework, which enables all nations to promote their international strategies and to adapt this inclusive process even without joining the treaty. Even though the EU can only intervene to support and does not have the power to interfere, it invests into education to achieve strategy’s objectives and contributes to the transformation of the Bologna process from a social intellectual process into an economical process.

In the Q&A part, the question of ownership of norms and procedures was discussed. Both institutions and students are effected by norms, but no one is “owning” them. Institutions are forced to work according to rules and values and learn to think in a European way. Still there are different Academic cultures, even within Europe, that shape the Bologna process.

Prof. Pavel Zgaga, University of Ljubljana, “European Higher Education Policy: From the “External dimension” to the Global Strategy of the Bologna Process”

Prof. Zgaga began his lecture by giving a historic overview of the formation of what he called “Europeanization” of higher education. The introduction of the Erasmus program in 1987, or the signing of the Maastricht treaty, which was the first to include a higher education policy and education in general, were described by him as milestones in this process. Having achieved a certain level of European convergence in this area, when the Bologna process became “successful”, the question among its members arose of how to deal with countries outside the European Higher Education Area (EHEA) with regard to the Bologna Process. Decisions on a global strategy where made, as Prof. Zgaga put it, mainly in 2005 in Bergen and 2007 in London. In 2014 a strategic review was conducted and developments since 2007 were evaluated. Among the findings Prof. Zgaga presented was the fact that most interested in cooperation were European countries themselves while with increasing geographical distance interest in academic cooperation declines. The “global strategy” turned out to serve as an opportunity for a global higher education dialogue but not as a tool to increase the attractiveness and competitiveness of the whole EHEA. Furthermore, a great challenge to the EHEA posed in his view the “EU-crisis”, as a challenge to the European idea itself.

Mr. Conrad King, University of British Colombia, “The Bologna Process: A View from the Outside”

Chair: Mr. Moshe Amir, Director, Bologna Training Center, The Centre for the Study of European Politics and Society, Ben-Gurion University of the Negev

Ms. Hila Zahavi and Mr. Yoav Friedman, Bologna Training Center, The Centre for the Study of European Politics and Society, Ben-Gurion University of the Negev “Bologna in Israel: state of the Art”

Ms. Zahavi and Mr. Friedman gave a brief overview of the history of the Bologna process in Israel. Israel has applied to be a member but was declined as a result Israel signed agreements that apply some of the aspects (in some institutions) of Bologna. The BTC often criticized the way in which the Israeli institutions have been implementing the Bologna guidelines (Such as not writing learning outcomes correctly, credits are not being transformed correctly to ECTS). The next step according to them should be a more official application to the Bologna process, and an international strategy to lead the system forward.

Ms. Kathrin Theurillat, Erasmus+ Office in Israel, “The impact of Erasmus+ on understanding the Bologna Process in Israel”

Ms. Theurillat claimed that the real owner of the Bologna process in Israel are the institutions, which are all extremely independent. Erasmus+ has shown through local projects that the participants worked for the implementation of the Bologna guidelines, thus adopting a "Bottom-up Approach" to the higher education system. The Erasmus+ projects are focusing on the courses level and the mobility of students.

Ms. Hagage talked about the students' involvement in decision-making process in the Israeli institutions as the main Bologna implementation. The weakest link is the poor relationship between students and intuitions, as they are not seen as part of the academic eco-system. No institution in Israel actively incorporates students into the academic agenda. Thus, only through a change of this point of view, by starting to see the students as equal, we could start talking about a real implementation of the Bologna process.

Ms. Adi Edlira Kahani, Israel’s Ministry of Education, Department for the Evaluation of Foreign Academic Degrees and EU Programs, “BP and recognition of qualifications in Israel”

Ms. Edlira Kahani explained the position of the Israeli Ministry of Education. Israel is a signatory (1997) and ratifying (2007) country of the LRC, although not a Bologna Process member state. Therefore, not all the Bologna Process recognition instruments are in place on the national level. As a country welcoming newcomers, many of them from the EHEA region, the knowledge of the recognition of qualifications instruments is crucial and allows Israel to better understand the qualifications as well as keep the pace with the reforms and challenges in the Higher Education worldwide in general and EHEA in particular. It would also boost the participation of Israeli students and higher education institutions in several Higher Education programs in the EHEA, on individual as well as institutional projects, therefore fostering international mobility of Israeli students and academic staff.

Coming to the very essential and practical aspect of Bologna process in Israel, the Q&A panel pointed out that right now, structural problems can be easily discussed because of a small amount of Israeli students going abroad. Mr. Moshe Amir pointed to the “learning agreements” which are important for recognition of credits. All the participants agreed that it will be crucial to come up with ideas for the future implementation.

Prof. Sharon Pardo ,Chair of The Centre for the Study of European Politics and Society at the Ben Gurion University of the Negev concluded the conference in thanking the ones who helped founding the Bologna process in Israel: Prof. Sarah Guri-Rosenblit from the Open University and Mr. Rafael Barak from the Israeli Ministry of Foreign Affairs. Pardo described the Bologna process as “Back to the future”, as from the European perspective it has already goes backwards, while it is a project that still lies in the future for Israel. He sees a great chance for Israel to learn from others on conferences like these and to “pick from Bologna, whatever Israel wants”. Finally, he thanked Konrad-Adenauer-Stiftung for bringing Europe and Bologna to Israel. 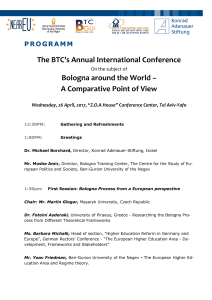 Bologna around the World – A Comparative Point of View (Pdf)
Download

Bologna around the World – A Comparative Point of View 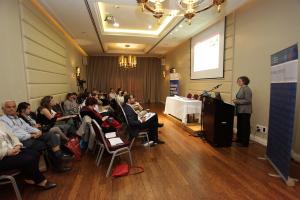 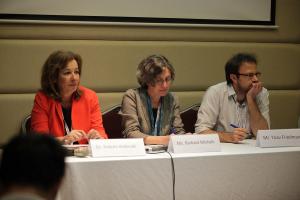 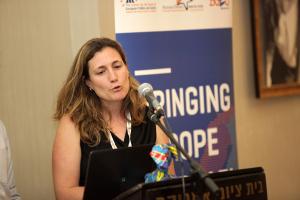 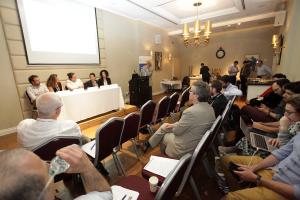