The Konrad-Adenauer-Stiftung Israel organized in cooperation with the National Jean Monnet Center of Excellence at the Ben-Gurion University in Be'er Sheva a 4-day seminar for MA-students on the topic of European Economy.
November 15, 2017 Ordering Information 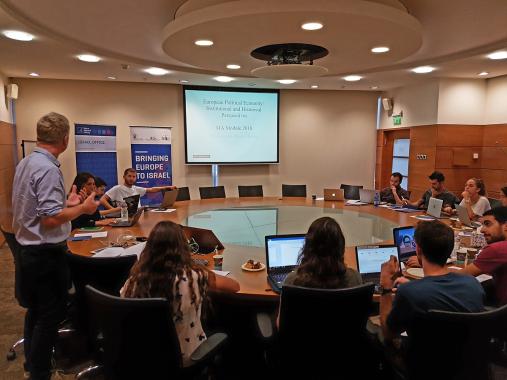 Autor: Tal Been, Student and participant of the seminar

In the last week of our summer break, 15 students from the European Studies division in Ben Gurion University have arrived back in Beer Sheba, for an intensive course in European Economics: the European Common Market. We had a small, intimate classroom, which made the learning experience much easier for us, and gave us room to express ourselves. Every day we had coffee and pastries waiting for us in the classroom, and lunch provided to us at noon, which raised the morale around us, the students, a lot.

On the first day we met Prof. Konig, who came all the way to Israel from Germany. At first, we talked about the turning point of the European integration process, the Maastricht Treaty. We started with Andrew Moravcsik’s article, in which we learned how different crisis’s have made the nation states in the EU understand how important it is to integrate into a stronger and bigger player in the international arena. We spoke about the difficulties the nation states have with the EU today, with the level of EU interference with domestic issues, mostly economic. We spoke about the Free Rider’s problem, the Eurozone, and the Gridlock phenomenon, which explains how the nation states limit the EU in the decision-making process.

On the second day we learned about the EU’s legislative process. We spoke about the difficulties in finding consensus, and the com-promise process the member states go through. We learned about the roles of the EU’s Commission and Parliament with regards to legislation, the effects of the EU’s enlargement process on legislation and more. We’ve had a very interesting conversation with Prof. Koenig about what it is like being a political scientist after the degree, and thanked him for coming to Israel just so that we could learn things from an unfamiliar perspective.

On the third day we met Dr. Krampf, from Ben Gurion University. We learned about the differences between the theories in the economic discipline compared to those in the political-economic disciplines. We spoke of Mattli’s article of integration theories, which emphasizes different economic aspects. We learned about the customs consolidation theory, the optimal currency area theory, and the fiscal federalism theory. We also learned about the different approaches when studying integration. Dr. Krampf has leaded us through a quick Economics 101 class, to prepare us for the next day.

On the fourth and last day, we, together with Dr. Krampf, dug deeply into the economic crisis and its impacts on European economy. We spoke about how the EU’s structure works, and how it affected the cri-sis for the better and for the worse. We spoke about how things are today, and about the future of the EU. In the last activity, we were divided into 5 groups, when each group got one theory out of the EU White Paper about its future, each group presented her theory to the group, which started a discussion among us about the EU’s future, how they see it, how we see it, etc.

All and all, it was a great and meaningful experience. I want to thank the Konrad Adenauer Stiftung and the Center of the Study of European Politics and Government in Ben Gurion University for giving us the opportunity to take part in such a course. Thank you! 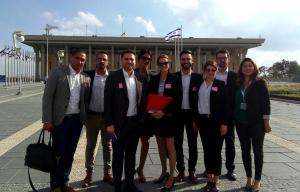 Young Muslim Leaders 2017 at the Knesset_2 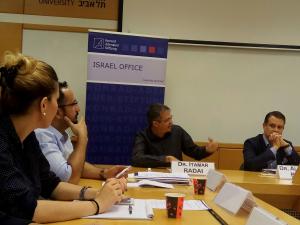 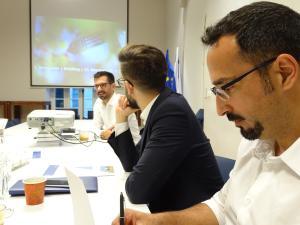 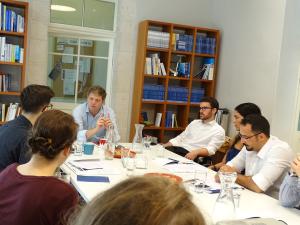