Towards Sustainable Palm Oil Navigating the Political and Scientific Discourses

Roundtable on the 2030 Agenda for Sustainable Development

As one of the largest world leader in palm oil trade, Malaysia must respond to the criticisms associating to oil palm. The negative image of palm oil particularly in the European market, can potentially hurt both the conventional and sustainably sourced production of palm oil. Since the EU is the second largest importer behind India that constitutes over 12 percent of Malaysia’s palm oil total export, a mechanism separating the two types of production must be urgently introduced.
March 03 - 04, 2020 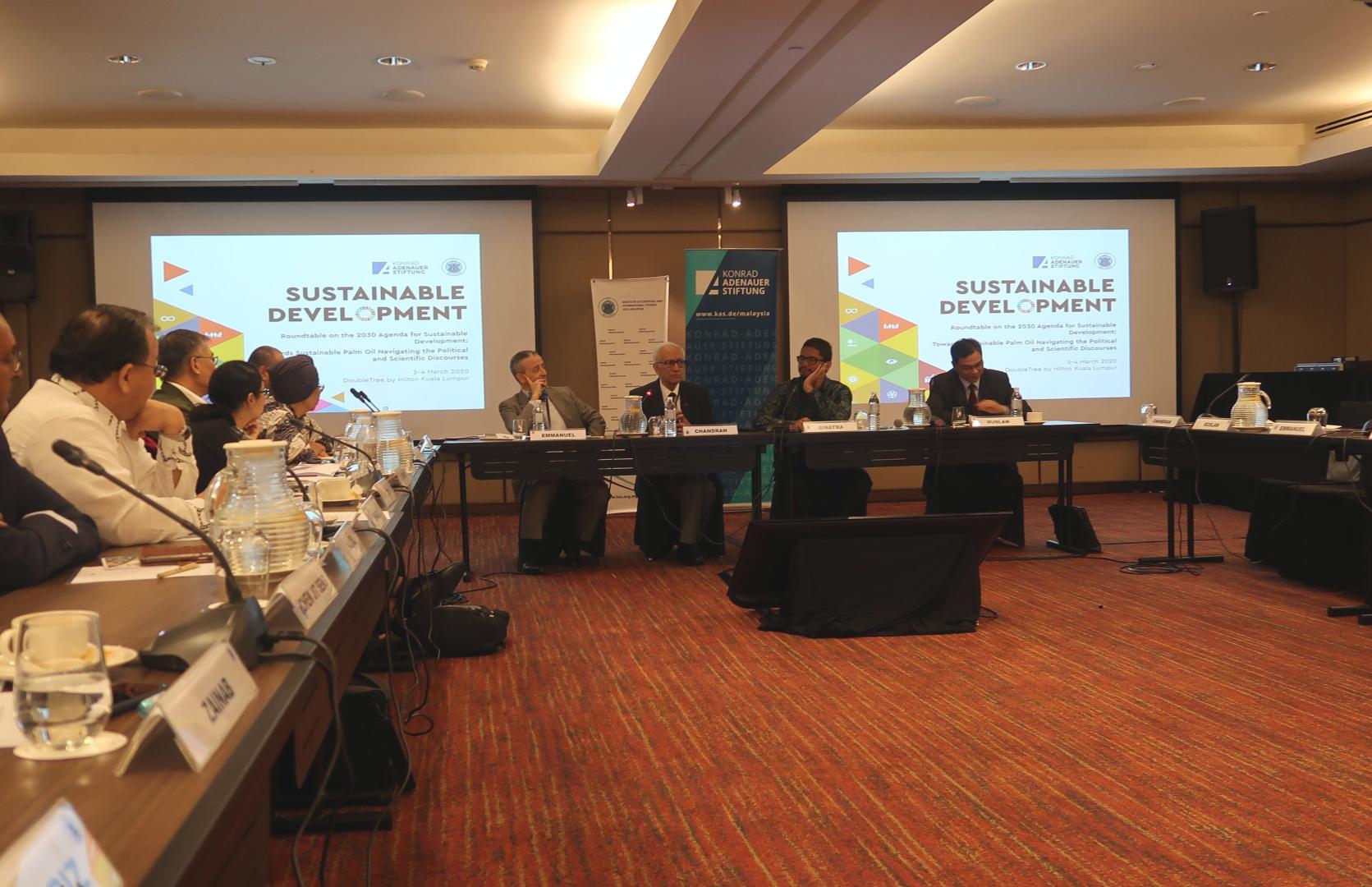 With an increase in world population and a demand for processed food, the palm oil consumption is especially rising in countries with an expanding middle class. The global demand for vegetable oil is projected to increase by double requiring the growth rate of production to be sustained at 3.6 percent per year. In terms of land use efficiency, the oil palm is three times more effective than other vegetable oils. Due to its versatility, the commodity accounts for 35 percent of the world’s vegetable oil as opposed in 1930’s which was less than 3 percent.

As major vegetable oil exchanged in the international market, today the oil palm landscape covers the equator from Borneo to Colombia. Intensive labour requirements make the oil palm an attractive livelihood option especially in regions where poverty is rampant and lack of economic opportunities.

Despite its positive attributes, the palm oil is however regarded as one of the most controversial agricultural commodities in comparison with other substitute goods like rapeseed, sunflower and soybean oils. The environmental impacts of the palm oil industry are widely scrutinised. A monoculture of oil palm would be unable to support the rich biodiversity of wildlife. As such, many conservationists associate palm oil to biodiversity loss and deforestation.

The recurring episodes of haze in Southeast Asia due to poor agricultural practices i.e. slash-and-burn and failure to halt conversion of peatland to oil palm plantation witnessed stringent requirement being imposed on palm oil to penetrate the European market. This further leads to the restriction on the use of palm oil such as for biofuel in the European Union’s Renewable Energy Directive (RED II). Though biodiesel from palm oil was once hailed as a cleaner option in comparison with fossil fuels it is now considered detrimental to sustainability by some.

Countries like Denmark, France, UK, Germany, the Netherlands and Norway who are signatories to the Amsterdam Declaration, have declared their 100 percent support to Sustainable Palm Oil, ending illegal logging and deforestation. In addition, France has taken steps to stop tax incentives for palm oil diesel so as to encourage the use of clean energy sources in fulfilling the EU's renewable energy targets.

The year 2004 marked the first inception of sustainable palm oil with the aims to halt deforestation, protect peatlands and strengthen human and labour rights. In recent development, however, palm oil producers have been struggling to find buyers. As it stands, as high as 50 percent of certified oil is not sold as sustainable palm oil as various players including those in the European market are unwilling to pay more for sustainable palm oil. Arguably, it sends a clear message that sustainable production of palm oil is not being honoured by the trading partners.

On average the palm oil industry contributes five to seven percent of Malaysia's Gross Domestic Product. As a golden crop, the oil palm plantation remains instrumental to Malaysia’s economy to uplift the well-being of 650,000 oil palm smallholders. In fact, the Malaysian model of oil palm cultivation is being studied and replicated in many poor and developing countries as a means to replicate Malaysia’s success in reducing poverty from 50 percent down to less than 5 percent.

As one of the largest world leader in palm oil trade, Malaysia must respond to the criticisms associating to oil palm. The negative image of palm oil particularly in the European market, can potentially hurt both the conventional and sustainably sourced production of palm oil. Since the EU is the second largest importers behind India that constitutes over 12 percent of Malaysia’s palm oil total export, a mechanism separating the two types of production must be urgently introduced.

To balance the aims on ensuring environmental preservation while protecting the 1 million people employed both directly and indirectly, Malaysia is working towards improving its sustainability commitments across the oil palm. In March last year, Malaysia endorsed a policy towards sustainable oil palm cultivation with four important initiatives namely (i) to cap oil palm cultivated area to 6.5 million hectares, (ii) to ban the conversion of forest reserved areas for palm oil cultivation, (iii) no more planting of palm oil in peatland areas and to further strengthen regulations with regard to existing oil palm cultivation on peatland and (iv) to make available oil palm plantation maps for public access. The mandatory commitment and initiative though still new to the Malaysian Sustainable Palm Oil (MSPO) certification, may potentially be able to respond to some of the undesirable outcomes of unsustainable palm oil. Especially so as Malaysia is a party to the Convention on Biological Diversity and a signatory to the 2030 agenda for Sustainable Development.

Recognising the fact that nearly all of the Sustainable Development Goals are relevant to palm oil sustainability, the roundtable on “Towards Sustainable Palm Oil Navigating the Political and Scientific Discourses” is to provide a more comprehensive understanding on situation analysis of oil palm and how this relates to improve people’s well-being through creation of jobs, sustaining economic growth and improving the long-term biodiversity management. 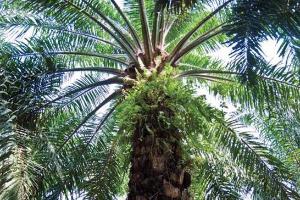 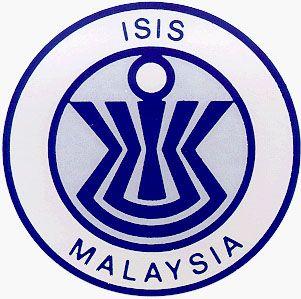