„It’s on us to rationalize the discourse!“ - Foundation Office New York

„It’s on us to rationalize the discourse!“

On December 12th, 2017 the KAS offices Washington and New York hosted a discussion at KAS New York about the democratic discourse in times of fake news and disinformation.
December 14, 2017 Ordering Information 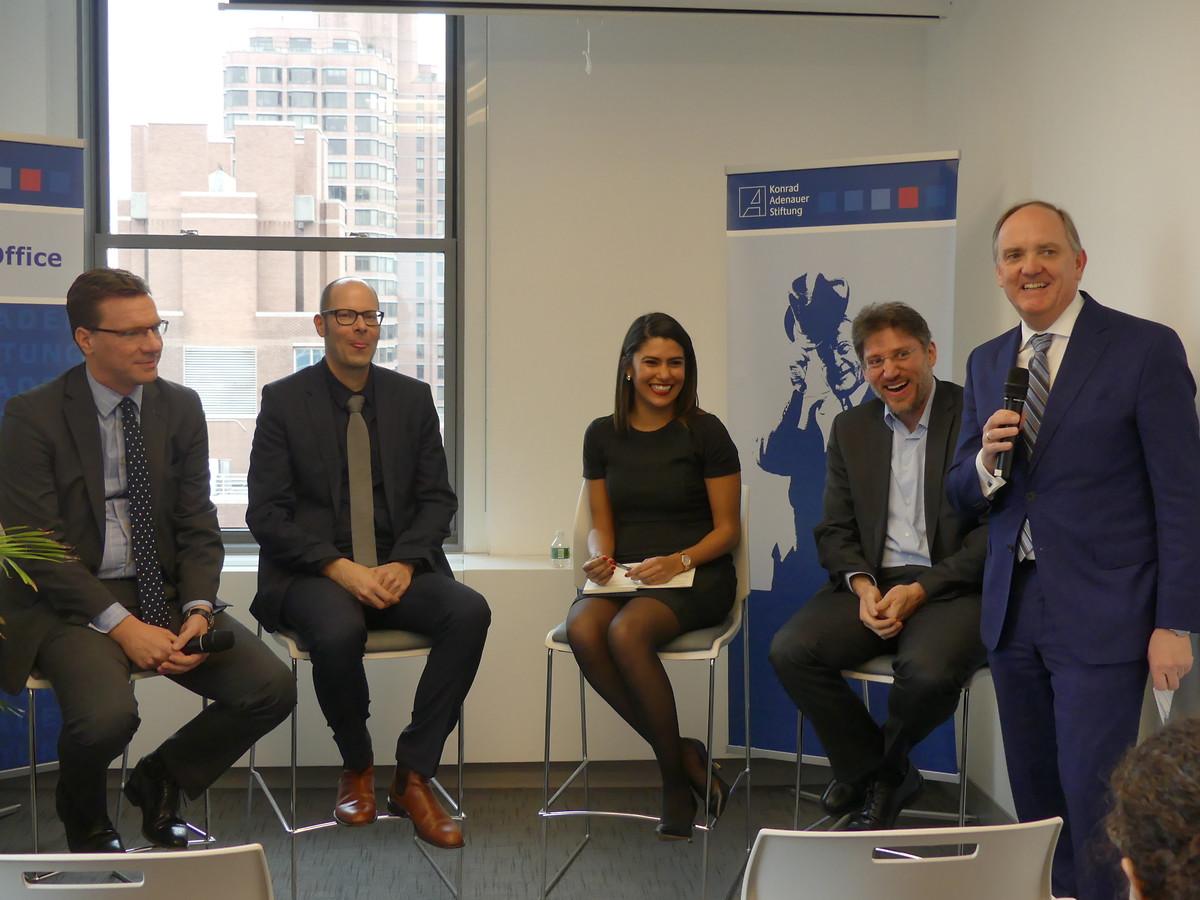 Dr. Stefan Friedrich, Head of the Konrad Adenauer Foundation`s office in New York, welcomes the experts and the audience. 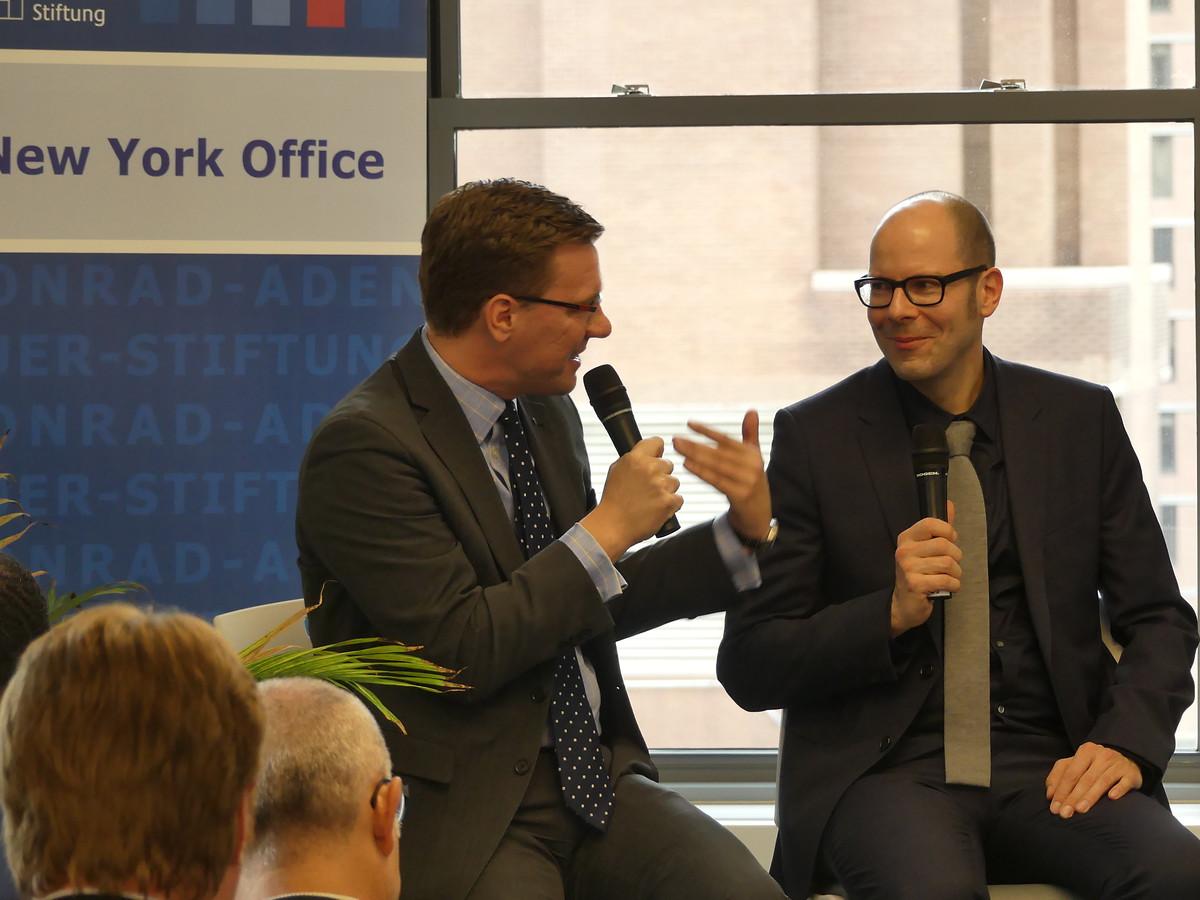 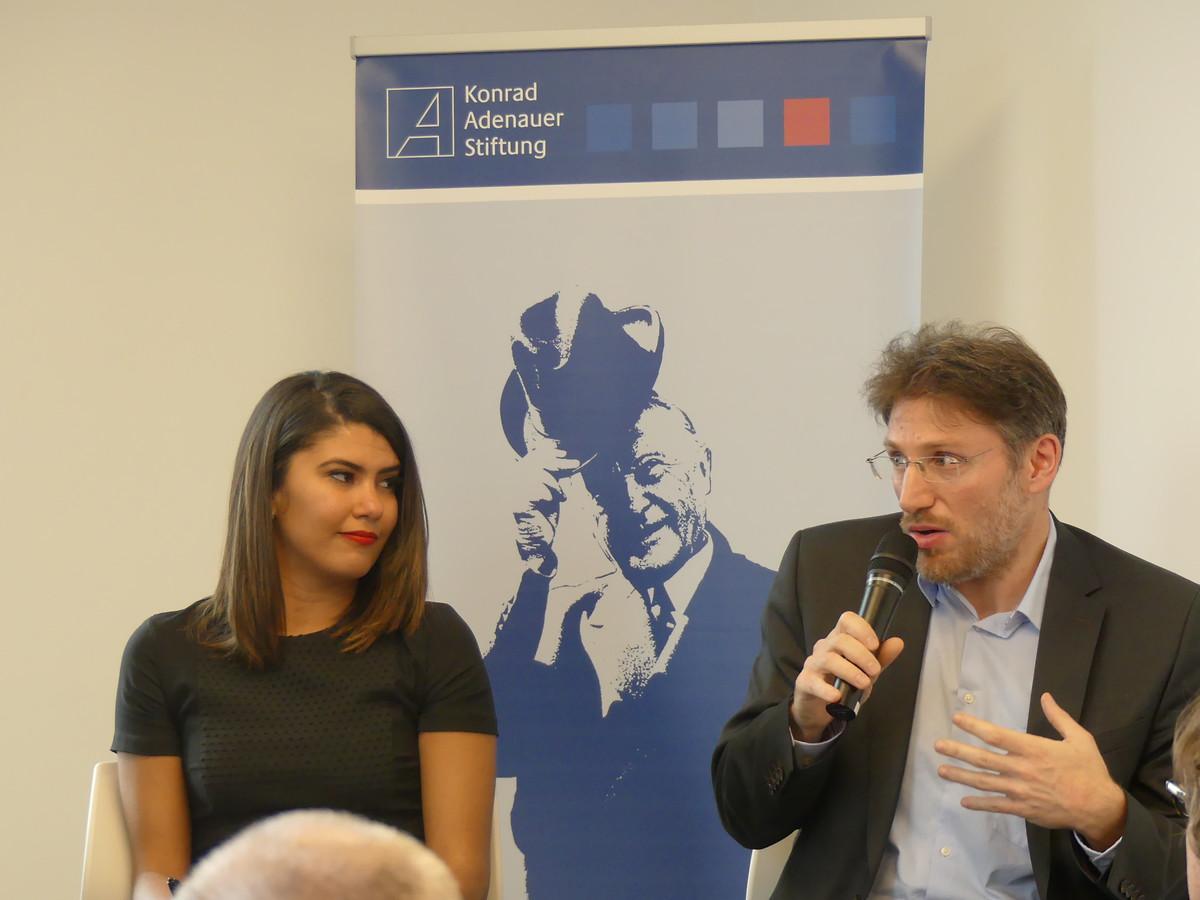 Was Russia meddling in the last US election and has it maybe even influenced the outcome? And if so – is Russia the only country which is digitally interfering in other country`s national issues or is this already “common practice”? – Both questions might be true, according to Geisha Gonzalez, a Washington based expert working on these topics at the Atlantic Council. What the Konrad Adenauer Foundation aims to contribute to the ongoing discussion about fake news is an evidence based and unemotional approach to these questions, stated Nico Lange, Head of the KAS Washington office, on whose initiative this event was organized.

Facebook and other social platforms – today a number one source of information to many people – played a prominent role in the debate. According to Aljoscha Burchardt from the German Research Center for Artificial Intelligence providers such as Facebook must start seeing themselves as publishers and therefore take responsibility for the content. He stated that there is no real technical solution to the problem of inciting content or other unlawful posts. The panel identified as a special threat to the democratic discourse propaganda pages which look at a first glance like good journalism – underpinned with evidences – but are not.

The question of how to counter fake news and disinformation was of course a central part of the debate: the mentioned ideas rank from mandatory journalistic standards for social platforms, their regulation by the state to a “fake index”. The experts agreed that there is a strong need for awareness rising in society, for example for a better understanding of the business models of social platforms. Another conclusion was that civil society – and among them experts and foundations like KAS – have to better coordinate their fight against fake news and disinformation.

Fake News, Disinformation, and automated Propaganda: How to protect the democratic discourse? 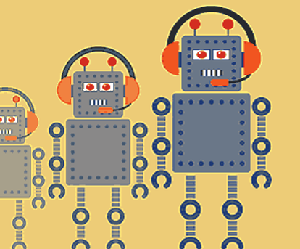