In an interview with the Deutschlandfunk, Dr. Hans-Gert Pöttering, chairman of the Konrad-Adenauer-Stiftung, demands a leading role of the EU to solve the Middle East conflict.
September 15, 2011 Ordering Information

In an interview with the Deutschlandfunk, Dr. Hans-Gert Pöttering, chairman of the Konrad-Adenauer-Stiftung, demands a leading role of the EU to solve the Middle East conflict. The European involvement would be highly accepted by all key players in the Middle East. Europe would therefore need to take initiative to promote a two-state solution.

If Israel doesn’t stop the construction of settlements in the Palestinian Territories, he advocates for recognition of Palestine as a member state of the UN. Pöttering: “It would be better to reach a recognition of Palestine through negotiations. Precondition for this would be that Israel finally stops expanding its settlements in Palestine.” If Israel doesn’t declare a settlement freeze, it would be unacceptable for Palestinians to start peace negotiations.

At the same time Pöttering called on the European people to stronger advocate religious freedom of Christians in the Islamic world. Christians in Iraq and elsewhere need encouragement and the European institutions would be open to advocate for them. The CDU politician pointed out that there are indeed Arabic states, like Oman, where hundred thousands of Christians are free to practise their catholic believe freely. A peaceful coexistence is possible.

At present the Palestinians are holding the status of an observer at the UN, without the right to vote. The goal is full membership. Therefore they would need the approval of the Security Council as well as a two-third-majority in the General Assembly that is going to start in the coming week. Also an upgrade of the observer status to a non-member-state is possible. This would entail a significant enhancement of the political weight of the Palestinians on the international stage. It would allow for admission to international treaties, what as a result would carry the right to call on the International Criminal Court. 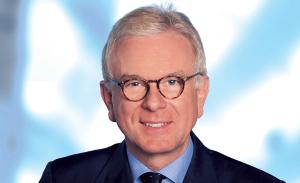