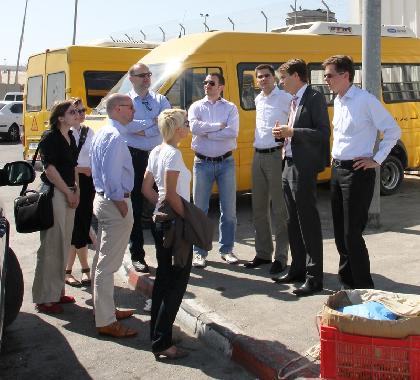 KAS Ramallah
At the Qalandiya Checkpoint 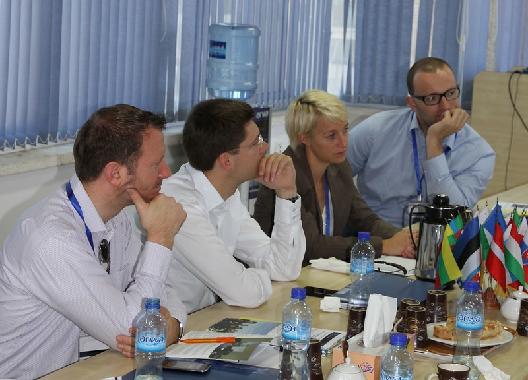 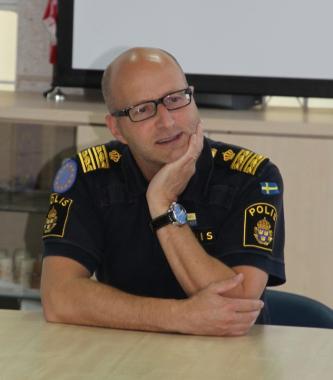 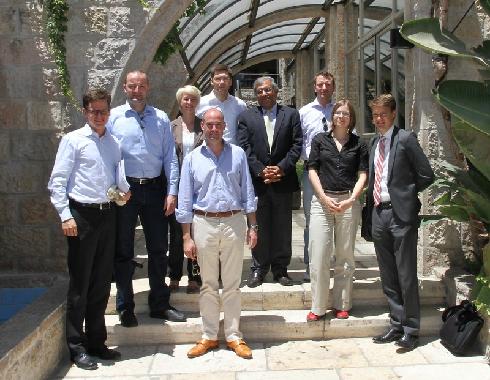 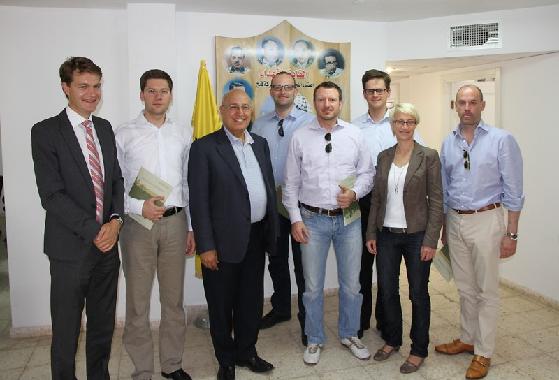 Five Members of the German Bundestag as well as a representative of the German-Israeli Society (DIG) visited Ramallah on June 20th, 2011 in the framework of an informational trip to Israel and the Palestinian Territories.

To start with, Felix Dane, the resident representative of KAS in the Palestinian Territories, showed the delegation the Qalandiya Checkpoint and explained the often difficult daily life of the Palestinians under occupation.

Then, Henrik Lycke, Head of the Police Advisory Section of EUPOL COPPS, the EU police training mission in the Palestinian Territories, welcomed the delegation to his headquarters. He gave the visitors an insight into the working areas of his mission and stressed the success of police trainings at the operational level. Nevertheless, he also stressed the need for more seconded personnel to fulfil the mission's mandate in advising on both tactical and strategic levels.

Subsequently, Emily Rakhorst, the deputy head of the Rule of Law Section, gave an overview of the complex judicial system in the Palestinian Territories, of the difficulties of her work as well as of the successes already achieved. This presentation was accompanied by a multitude of questions from the side of the Members of Parliament. Anna-Christina Winterstein and Ilknur Ozturk, both members of the German seconded personnel with EUPOL COPPS, also told the delegation about their work in the mission, mostly consisting in advising on legislation-drafting. Lastly, the head of EUPOL COPPS, Henrik Malmquist, welcomed the group in person. He lauded the German structure of secondment to EU-missions, the Center for International Peace Missions (ZIF), but also stressed that improvements are needed regarding rapidity of dispatch as well as its length. Moreover, answering a visitor's question, he stated that a central support unit to the mission in Brussels would be an advantage.

The group then met Dr. Khalil Shikaki for lunch at “Darna” restaurant. As a renowned political analyst and director of the Palestinian Center for Survey and Policy Research (PSR), he gave the delegation insights into the political developments in the last years, as well into the current living conditions of the Palestinian population. Concerns regarding Israel's security could thereby be dissipated.

Finally, the delegation met with Dr. Nabil Shaath, member of the Fatah's Central Committee and political advisor to President Mahmoud Abbas. He pointed out that the lack of activity in the negotiations with Israel is due to the latter's impression that no activity is needed as well as the lack of pressure from the international community. Against this background, Dr. Shaath laid out the Palestinians plan to go to the United Nations (UN) in September. Even if the Security Council voted against Palestinian membership due to a veto from the US, a Palestinian upgrade could still be hoped for with a vote in the General Assembly (GA). If a majority of the GA recognized Palestine, this could lead the way to a Palestinian state. With a renewed application for UN-membership, the goal could be reached in the coming year.

After this closing talk, the delegation headed back to Jerusalem, albeit without missing the opportunity to get to know more about the situation in the Palestinian Territories and the work of KAS Ramallah.