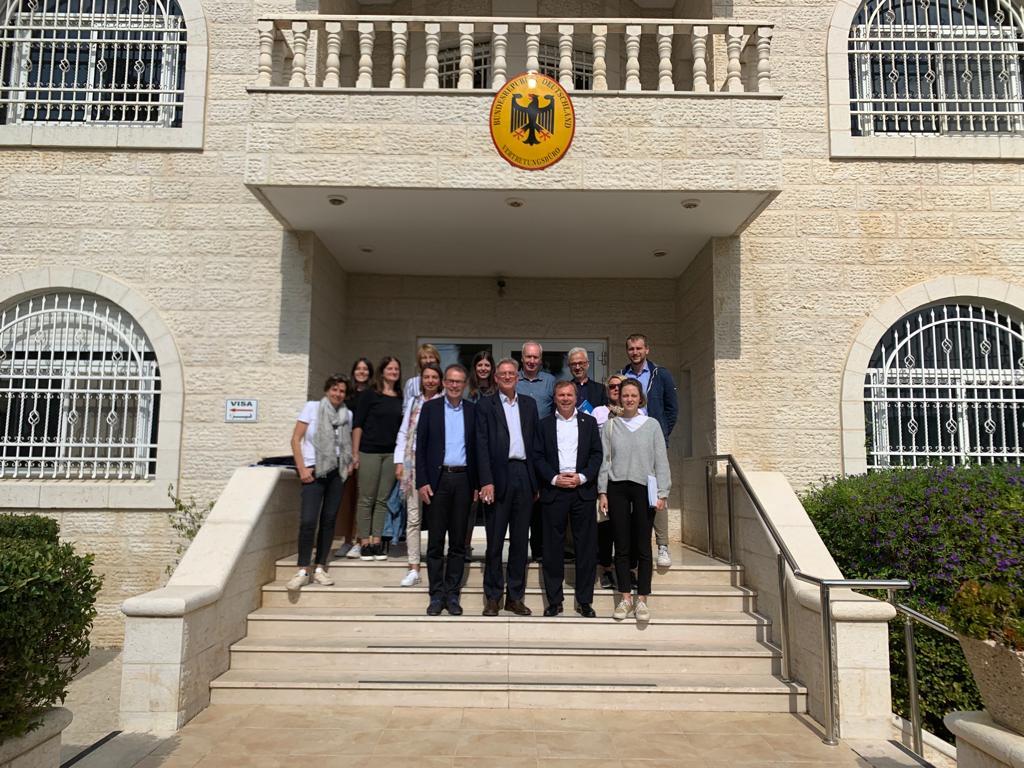 Christian Clages and the group

On October 30, 2019, a group of CDU politicians from the German state of Baden-Württemberg visited Ramallah to learn about the latest political, social religious trends. The group first met with Christian Clages, the German Representative to Palestine, who briefed them on Germany’s role in Palestine. He emphasised the role that Germany carries in alleviating the effects of the occupation, by improving the standard of living for many communities such as the Bedouins in the Jordan Valley, for example. He also touched upon the possibility of a two-state solution which, despite a loss of hope in light of settlement expansion in the West Bank, is still perceived as the only and best solution to the conflict.

After a lively debate with Clages, the group met with the director of Horizon Centre for Political Studies and Media Outreach, Ibrahim Dalalsha, who served as a senior political advisor in the Palestinian Liberation Organization’s (PLO) consulate in Washington between 2000 – 2019. They discussed the current status of security and politics in the region, with a focus on Palestine-Israel. After explaining some of the security threats that continue to undermine both the image of the Palestinian Authority and that of the Israeli government, such as the underground weapon smuggling, Dalalsha talked about the Palestinian-German relations and security issues. He further discussed the fragile political situation in the area and Germany’s support to the Palestinian civil police in order to help prevent the eruption of violence. 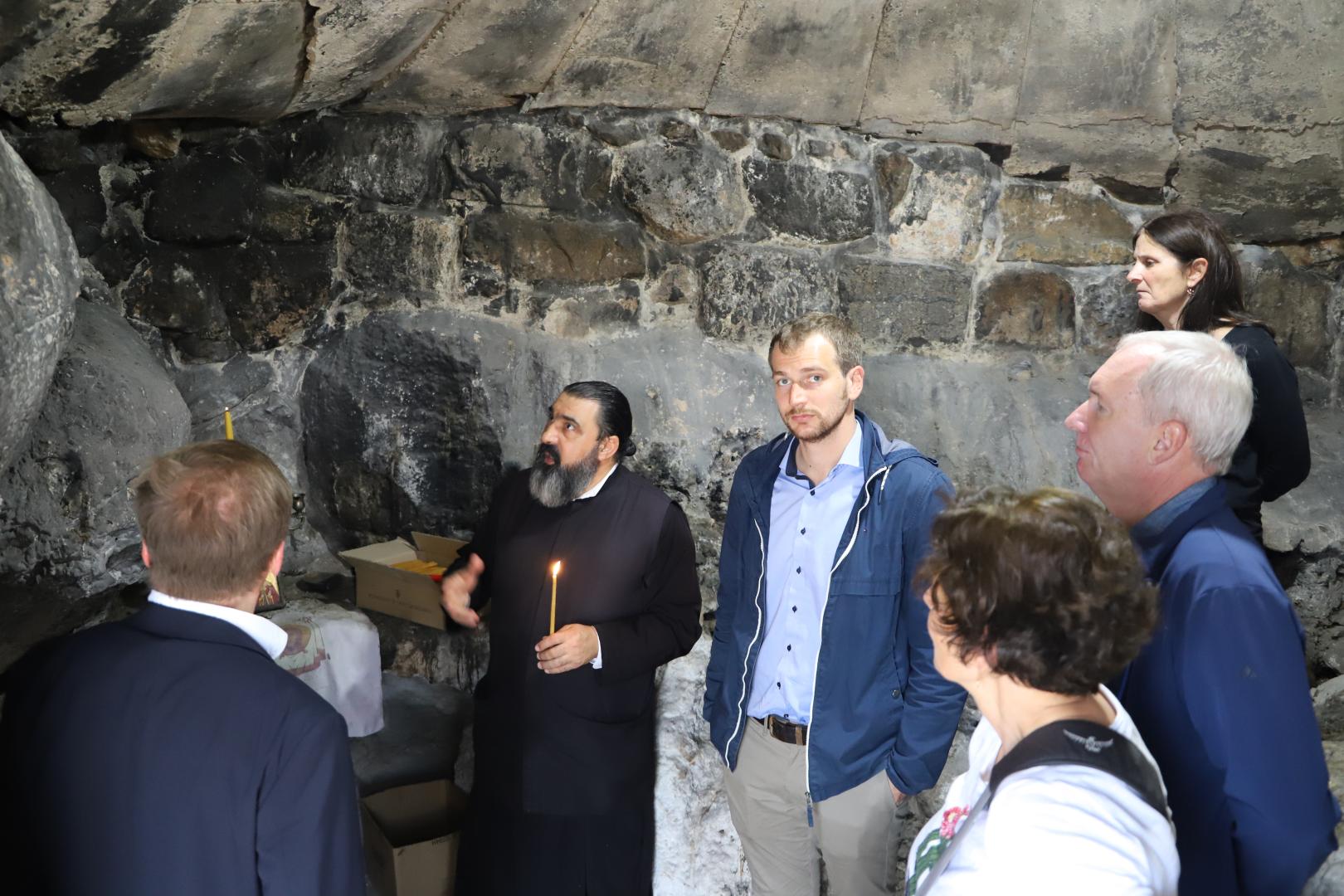 Finally, the group traveled to Aboud, a pre-dominantly and historic Christian village near Ramallah, accompanied by Xavier Abu Eid, the communications director for the PLO. Aboud has a mixed population of both Christians and Muslims with a Catholic, Greek Orthodox and American Churches as well as a new mosque. Abu Eid gave the group a quick introduction into the PLO’s official positions and perspective and shared with the group insight into Palestinians’ daily life from a Christian’s perspective.

After a full day and three rich meetings with our speakers, the group gained valuable insight into the German role in Palestine and its mandate, learned about the controversial issue of security cooperation between the PA and Israel and shared a meal and more interesting conversations with the Christian community of Aboud.