In cooperation with the Konrad-Adenauer-Stiftung, Gaza Sky Geeks held the first Lady Problems-Hackathon in the Gaza Strip with the goal of promoting entrepreneurship for women.
December 20, 2016 Ordering Information 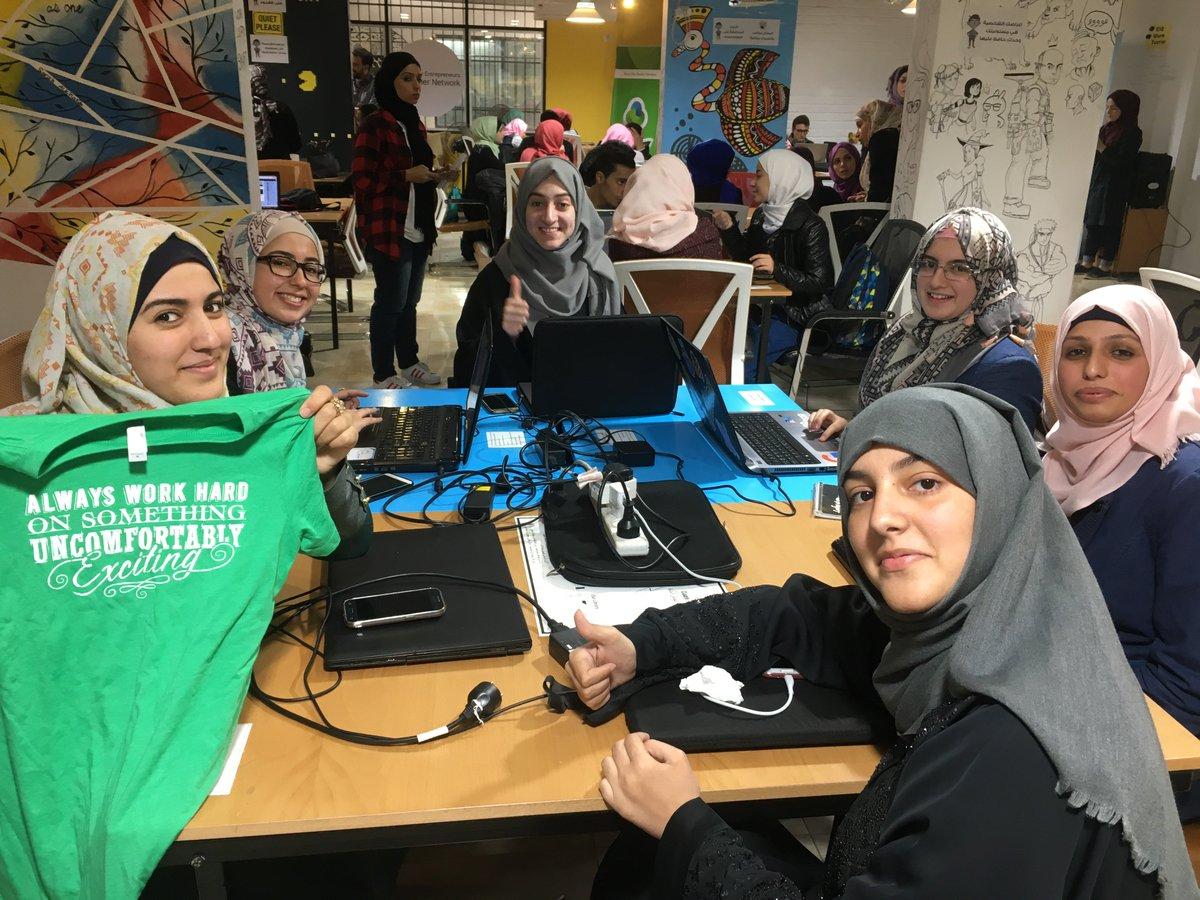 The local Start-Up accelerator Gaza Sky Geeks organized a three day long Hackathon in the Gaza Strip on the 1st of December 2016 in cooperation with Angel Hack and the Konrad-Adenauer-Stiftung. Such hackathons include the testing and developing of IT-solutions by designers, coders and young entrepreneurs as well as a general sharing of work experiences. The aim of the international hackathon series Lady Problems was to break barriers for entrepreneurship of young women and to promote their economic participation. While hackathons typically have a women rate of 20%, the Gaza Sky Geeks hackathon was attended almost exclusively by women.

While there are high cultural, social, economic and also political barriers in the blocked coast strip, the high number of female coders reflects the diversity of the start-up- and tech-scene of Gaza. The area has an official unemployment rate of 45% and over two thirds of the population is below the age 24. This youth tends to be well educated and there are many technical students. Thus, the potential for start-ups is high, the obstacles, however, are too.

In this difficult environment Gaza Sky Geeks is promoting young start-up companies. The organization received a 900.000 US-Dollar loan from Google when being founded in 2011. As of late, the Konrad-Adenauer-Stiftung is among Gaza Sky Geek’s partners. Up to 60 women and men work every day on new ideas regarding apps. The main focus of the organization is its mentorship-program, which pairs up local entrepreneurs with international start-up experts. Apart from that, the Konrad-Adenauer-Stiftung is arranging internships for young entrepreneurs from Gaza in German companies.

For some time the targeted promotion of women became the focus of Gaza Sky Geeks. So far, half of the start-up founders supported by Gaza Sky Geeks are female. The goal is to increase the number of female start-up entrepreneurs to 80% in order to compensate for the gender gap within the tech-sector.

The idea behind the particular promotion of IT-start-ups is the fact, that those companies are not dependent on borders. The physical blockade of the Gaza Strip as well as the restrictive import of goods makes it hard to found a company in Gaza. However, hacker and coder are able to work on ideas and solutions beyond borders. Meanwhile, even the Silicon Valley has taken an interest in the tech-start-up scene in Gaza. Tech-gurus from Google, SoundCloud, Microsoft and other big players of the industry have visited the Gaza Strip to get first hand impressions of the local start-up scene. The hackathon therefore created positive feedback from the Gaza Strip, the Arab world as well as from the international tech-industry.

Our partner Gaza Sky Geeks also published a video about the event:

Start-ups Globalization Upheavals in the Middle East and North Africa