Only a small majority of Palestinians (51%) and Israelis (59%; 53% of Jewish Israelis and 87% of Arab Israelis) supports a two-state solution to the Israeli-Palestinian conflict. So reports the new Palestinian-Israeli Pulse: A Joint Poll, published today by the Israel Democracy Institute (IDI) in Jerusalem and the Palestinian Center for Policy and Survey Research (PSR) in Ramallah, with funding from the European Union (EU) and in partnership with and support from the Konrad-Adenauer Stiftung in Ramallah and Jerusalem.
August 22, 2016 Ordering Information 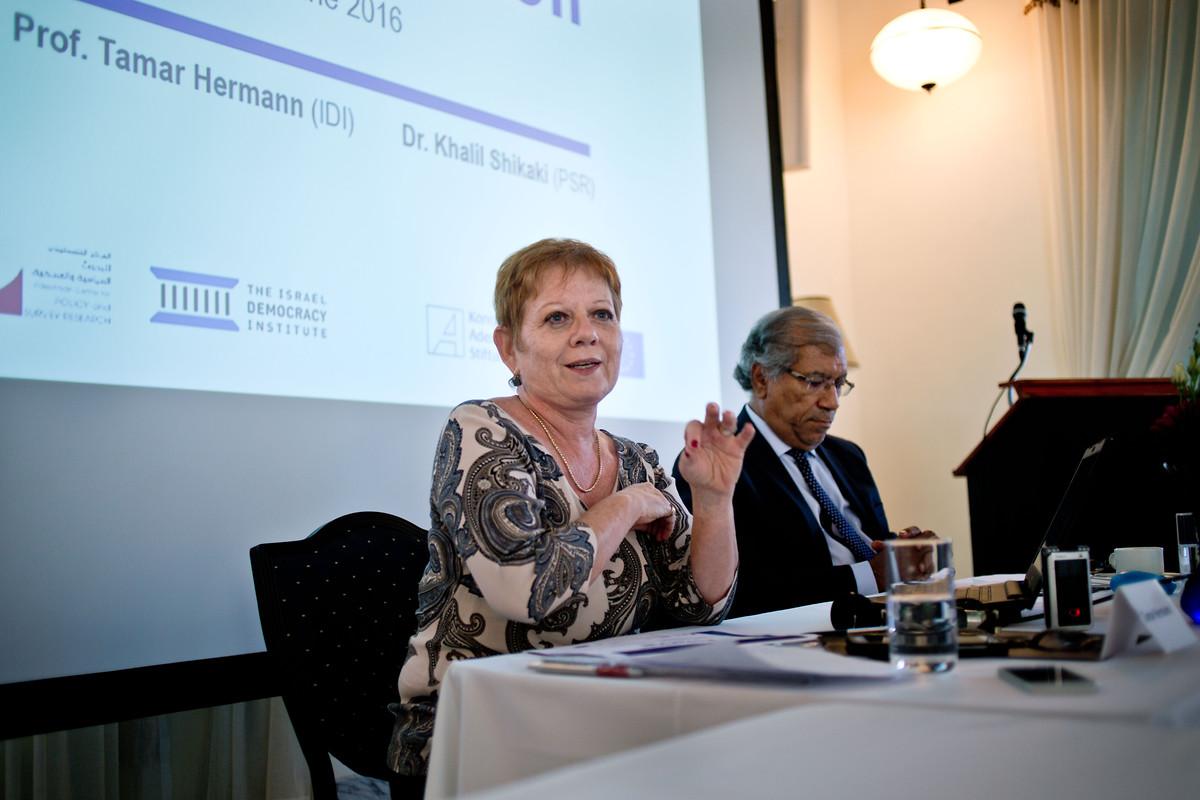 The poll, which surveyed 1,270 Palestinians and 1,184 Israelis, focused on the public’s views on a permanent peace agreement, ability to trust and compromise with the other side, and mistrust and fear of the other.

When presented with a peace agreement package based on that from previous rounds of negotiations, only 39% of Palestinians and 46% of Israelis (39% of Israeli Jews and 90% of Israeli Arabs) said they support such a package. The package included a de-militarized Palestinian state, Israeli withdrawal to the Green Line (pre-June 1967 lines) with equal territorial exchange as relevant, a family unification in Israel of 100,000 Palestinian refugees, West Jerusalem as the capital of Israel and East Jerusalem as the capital of Palestine (the Jewish quarter and the Western Wall under Israeli sovereignty and the Muslim and Christian quarters and the Temple Mount/al Haram al Sharif under Palestinian sovereignty), and the end of the conflict and claims.

Significantly, one-quarter of Palestinians and Israelis who opposed the peace agreement package said they would change their minds and support for the package if the agreement includes a wider or regional Arab-Israeli peace.

When asked about their readiness for mutual recognition of national identity of their respective states as part of final status agreement, a majority (64%) of Israelis and a minority (43%) of Palestinians support mutual recognition.

Perception of the Other

The Israeli/Palestinian Pulse: A Joint Poll was conducted by the Israel Democracy Institute and the Palestinian Center for Policy and Survey Research (PSR), with funding from the European Union (EU) and with support from and partnership with the Konrad-Adenauer-Stiftung. The 2016 survey was conducted through face-to-face interviews in Arabic in the West Bank, East Jerusalem and Gaza Strip between June 2 and 4, 2016 and in Israel in Hebrew, Arabic or Russian between June 7 and 14, 2016. Interviewees constitute a representative national sample of the entire adult population aged 18 and over. The margin of error is 3%.

Download the Executive Summary and Full Survey as a PDF from the side menu. 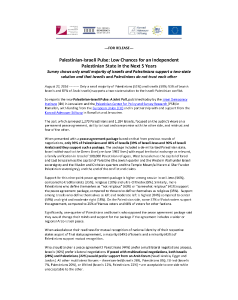