Background of the Conference

Liberal democracy is under siege. In every part of the globe, we are witnessing what Cas Mudde termed as illiberal responses to undemocratic liberalism. Close to three decades since the end of the Cold War, the triumphalism that was prematurely heralded as the end of history has now been replaced byTrumpismin its various forms.

Populist politicians rode to power on the wave of support from those who felt left behind in the globalization game and the perceived failure of liberal democracy to assert the rule of law. This in turn spurred pessimism towards the liberal world order and fanned the flames of strongman politics.

In these times of uncertainty, it behooves one to contemplate and rethink the fate of the formerly dominant liberal order. Are liberal democracies self-destructing? Are key political players deliberately disrupting the old order to build a new one? How and under what conditions do liberal democracies decline? What are the factors that trigger the resurgence of autocracies? Are there alternatives to liberal democracy and populism? Is there a variety of democracy?

These questions have deep implications for democracy studies and the study of democratization in the Philippines and other parts of the world. It is imperative for practitioners of political science and its allied disciplines to rethink democracy beyond liberal democracy.

The 2019 PPSA International Conference seeks papers that scrutinize the state of liberal democracy in the world: the challenges to liberal democracies; its inadequacies in improving human welfare; the increasingly indistinct lines between facts and faux; the ostensible resurgence of autocracies; and the indispensability of building a new political order.

The conference also seeks papers that either assert the necessity of reinstating the tenets of liberal democracy, dispute the notion that it is currently in decline, or propose alternatives to it.

For more information about the conference, please visit the PPSA website here 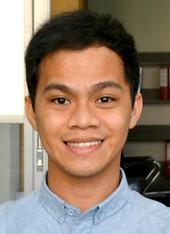