A Network of Euro-Mediterranean Experts

The KAS Regional Program Political Dialogue South Mediterranean has launched the Mediterranean Advisory Group (MAG) as a series of dialogue rounds to contribute to the strategic debate on the ongoing processes in Europe’s Mediterranean neighborhood to help in better coping with the various changes and challenges. MAG is a network of experts and practitioners from both shores of the Mediterranean, which reviews and analyzes developments in the region connected to security, foreign policy and migration. The meetings take place on a bi-annual basis and are held alternately in Europe and in the southern Mediterranean region. The findings and recommendations of MAG are intended to inform decision-makers and are published regularly in the Mediterranean Dialogue Series.

Game Changers in the Mediterranean

The workshop organized by the Regional Program South Mediterranean of Konrad-Adenauer-Stiftung in cooperation with the Casa Árabe, took a closer look at old and new patterns of Middle Eastern alliances. It assessed the major changes in regional cooperation trends both among states and between states and non-state actors. It further identified clusters of new alliance paradigms, and discussed the impact that the combination of these new patterns may have on the future of the region’s geopolitics and security. Read more here...

The Mediterranean Advisory Group of the KAS Regional Program South Mediterranean met in Cadenabbia, Italy, at the banks of Lake Como for a strategic foresight exercise on the prospects for multilateralism concerning security and defense cooperation in the broader Middle East and North Africa region. Read more here...

The Mediterranean Advisory Group of the KAS Regional Program South Mediterranean came together in Berlin for an expert meeting on transatlantic relations in the Middle East to discuss US and European approaches towards the region and elaborate on shared interests and new fields for cooperation. Read more here...

Expert workshop on cyber security and cyber warfare in the MENA region. Discussions in the framework of the workshop focused on the cyber capacities and vulnerabilities of state and non-state actors in the MENA region, the developments to be expected in this regard, as well as how these issues are treated in international law and through international norms. Read more here...

Security challenges in the Maghreb-Sahel belt are becoming ever more pressing. While collective security schemes falter in the face of regional and global rivalries, ad hoc cooperative security arrangements are on the rise. Experts discussed what forms of security cooperation can be conceived that avoid the pitfalls of well-known political obstacles that traditional schemes have been struggling to overcome. Read more...

Russia in the Mediterranean: Strategies and Aspirations

The regional balance in the Mediterranean has been changing over the last years, with uncertainty regarding US involvement, the role of regional actors and increasingly also Russia’s presence in the region. During a closed-door expert workshop in Tunis, participants discussed Russian aspirations in the Mediterranean and the geopolitical implications of its engagement. Read more...

Power Beyond the State: Non-State Actors in the Broader Southern Mediterranean 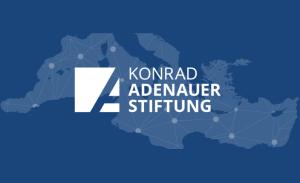