Geoeconomics of Decarbonization in Asia‑Pacific

With the focus on Asia-Pacific, the study analyses decarbonisation policies and strategies in the following six areas: critical resources, use of fossil fuels, geoeconomics of taxonomies, carbon pricing, hydrogen, and cross-boundary electrification.
March 31, 2022 Ordering Information

The policy framework for decarbonisation in the Asia and Pacific region is directly shaped by the aftermath of the pandemic and increasingly important climate policies. The economic slumps in the wake of the lockdowns are currently being followed by a rapid economic recovery, which is causing energy demand and energy prices to rise. Energy bottlenecks in China and India, among others, were already observable consequences. This is followed by supply chain problems that are opening up raw material supply gaps not only in Asia but worldwide. At the global climate negotiations in Glasgow last year, it became apparent that international climate policy could make progress despite the economic upheavals caused by the pandemic. The USA returned to the world stage with a claim to climate policy leadership and met a China that also sent climate policy signals with its CO2 neutrality target for 2060, the introduction of the world's largest emissions trading scheme and the announcement that it would no longer build coal-fired power plants abroad. The European Union presented its comprehensive Green Deal, which forms the economic basis for its 2050 climate neutrality target.

In the Asia and Pacific region, China is not alone in its ambitious climate agenda. Numerous countries now have climate neutrality targets. Among them are Japan and South Korea for 2050, India for 2070 and Indonesia and Kazakhstan for 2060. Many countries in Asia took their time in setting climate neutrality targets until shortly before the climate negotiations last year, often choosing later years rather than 2050. This circumstance has been criticised by observers in view of the impacts of climate change that are already taking place. On the other hand, the binding commitment to a climate neutrality target can in itself be seen as a climate policy trend reversal in many emerging and developing countries in Asia. For many countries, decarbonisation is a major political and economic hurdle in terms of security of energy supplies, affordability and domestic reserves of fossil fuels.

Asian energy and climate policy is characterised by a high degree of heterogeneity. For example, the largest expansion rates for renewable energies worldwide are currently found in China and India, which are also among the largest producers and consumers of coal. Australia is one of the world's largest coal exporters, but will also export hydrogen to Japan and, in the future, pipe solar energy to Southeast Asia via underwater power cables. The cost of renewable energy in Asia is now no higher than that of fossil fuels, which is increasingly encouraging investors to invest in sustainable energy systems. Against this backdrop, Asian decarbonisation, if it can be generalised at all, is characterised by economic pragmatism. The development of new, more sustainable energy supply systems does not always necessarily take the form of CO2-neutral first best solutions, but also gives technologies a chance to develop their potential later. For example, it is already evident that many Asian countries are experimenting with CO2-separating technologies in order to use domestic coal deposits in a climate-neutral way in the medium term. Or, in order to build up a hydrogen industry, they are initially using fossil energy sources for hydrogen production. These approaches also serve to provide a future for the existing energy industry, which represents a central labour market in many countries.

The decarbonisation strategies currently being observed in the Asia and Pacific region are also very different. What they all have in common, however, is that they are accompanied by significant economic changes, which in turn have a formative geo-economic impact. For example, the demand for fossil fuels will decline in the future due to decarbonisation, with countries that have these resources losing revenue. Countries that have energy transition raw materials such as lithium, cobalt or rare earths, which in turn are increasingly in demand for the production of wind turbines, solar panels or batteries, can look forward to new sources of income. Hydrogen has become the central energy carrier for decarbonisation. Against this background, the emergence of new global trade relations around the production, transport and purchase of hydrogen is to be expected. The increased use of renewable energies leads to an expansion of the electrification of the economy, which in turn requires large cross-border electricity transmission networks. However, at the same time it must also accommodate small-scale decentralised and highly complex interactions between electricity consumers and electricity producers. In addition, CO2 pricing is being continuously expanded worldwide with consequences for international trade. The financial sector is also adjusting to a climate policy framework that is defined in detail by state sustainability taxonomies and delimited in case of doubt.

All of this is currently taking place in the Asia and Pacific region. The following chapters provide examples of how these challenges can present themselves in detail. An exciting and challenging picture for decarbonisation policy is revealed. The analyzes refer to the situation before the Russia-Ukraine war, so possible consequences for the decarbonization in Asia are not included. 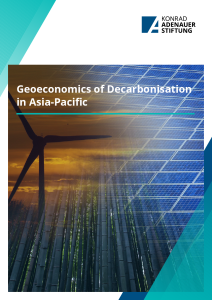 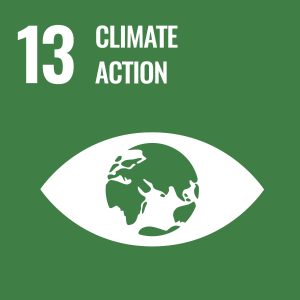