In these days, South Asia is already very strongly affected by the impacts of climate change. How can the social and economic development in the region being oriented at new climate friendly energy politics? How can the ability of resilience of those nations towards the already visible negative effects of climate change being strengthened?A workshop organised by KAS RECAP and the KAS partner Centre for South Asian Studies (CSAS) in Kathmandu/Nepal assembled delegates of South Asian think tanks in order to discuss approaches for RECAP projets in the coming years.
November 22, 2015 Ordering Information 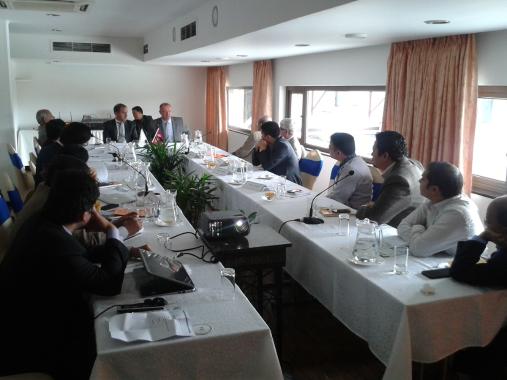 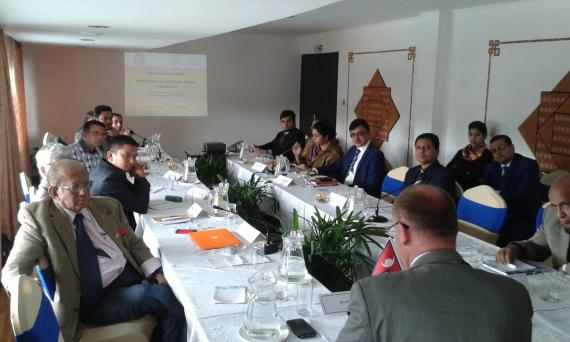 Within individual South Asian states, the importance of definitive actions against the causes and effects of climate change has been definitely recognised by the political leaders and civil institutions. Indeed, there is no sufficiently intensive cross-border cooperation so far. Existing institutions such as the South Asian Association for Regional Cooperation (SAARC) have so far proved to be not very efficient.

The Regional Project Energy Security and Climate Change in Asia and Pacific (RECAP) jointly with the long-time partner Centre for South Asian Studies (CSAS) has organised a planning conference on 17 November 2015 in Kathmandu where representatives of think tanks and NGOs from five South Asian countries participated.

The aim was to exchange experiences about the impacts of climate change in the respective countries, to align overarching objectives and explore possible starting points of joint efforts, for example in the field of disaster management. The underlying political, social and economic conditions for a transition of the energy and resource politics to a socially and ecologically sustainable development were the pivot point of the discussion.

The representatives did not hesitate to mention critical developments in their own countries. The threats caused by the rapid snow melt in the Himalayas and the rising sea level in the Indian Ocean as well as the effects of a still predominantly fossil energy production (mainly coal) were discussed intensively. The impacts of the Indian fuel supply blockade towards Nepal during the conference demonstrated impressively the conflict potential of the "energy security" topic.

Given the severe challenges, all participants agreed that the countries of South Asia have to cooperate more tightly among themselves and with other regions. There was consensus that NGOs and think tanks can provide important stimuli for such a cooperation due to their interconnectedness with the political systems. In 2016, RECAP will support the elaboration of a concept and a roadmap for concrete institutional improvements for the cooperation in the field of energy and climate politics.