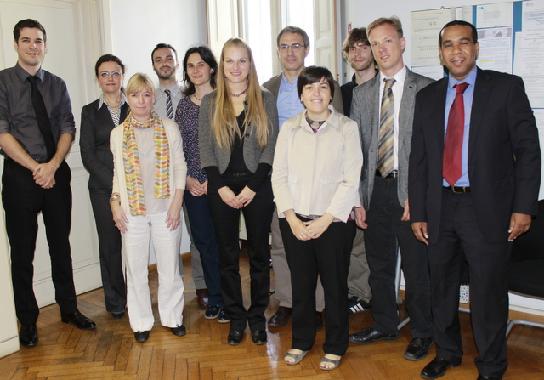 Europe and the Gulf have a number of common interests, ranging from trade, energy and climate change, to culture and communications. The European Union (EU) and the Gulf Cooperation Council (GCC) remain committed to promoting these mutual interests and to reinforcing their cooperation. In this context, a consortium of five organisations, both from Europe and the Gulf, has recently launched the SHARAKA project in Rome, Italy. The two-year project is co-funded by the European Commission and aims at exploring ways to promote relations between the EU and the GCC. SHARAKA implements an interdisciplinary and multi-method approach, combining policy-oriented research, dissemination and outreach, as well as training activities in a comprehensive and synergetic framework. The overall project objective is to strengthen understanding and cooperation in EU-GCC relations. Particular attention is given to the areas identified in the Joint Action Programme of 2010, including key strategic areas of mutual interest including economic, financial and monetary cooperation, investment, trade, energy, environment, transport as well as education and scientific research.

The SHARAKA kick-off meeting was held last month in the premises of the project coordinator Istituto Affari Internazionali (IAI) and was attended by representatives of all five members of the conglomerate. The consortium comprises partners with complementary skills and experiences, including the KAS Regional Programme Gulf States, IAI in Rome, the Centre for European Policy Studies (CEPS) in Brussels, Observatoire Méditerranéen de l’Energie (OME) in Paris and the Global Connection Center (TAWASUL) in Muscat.

The meeting’s main focus was the preparation of the project activities. SHARAKA consists of ten work packages including a number of lecture series, full-day workshops, compiling research papers, as well as an exchange programme for young, talented PhD students and researchers.

“We are excited about the SHARAKA project,” stated Thomas Birringer, KAS Regional Representative to the Gulf States. “We believe that with its distinct project components and by targeting different stakeholders, such as diplomats and officials, civil society actors, business representatives, researchers and the media, SHARAKA will certainly have a positive impact on the EU-GCC relations.”