A cross-regional dialogue on economic growth

Is it possible for women to advance professionally and pursue a successful career in a country which even prevents them from driving? By organising a side event of the Jeddah Economic Forum 2014, the KAS Regional Office Gulf States looked behind the scenes of the Kingdom of Saudi Arabia and revealed that unseen by the world, Saudi business women emancipate themselves in this patriarchal society.
February 26, 2014 Ordering Information 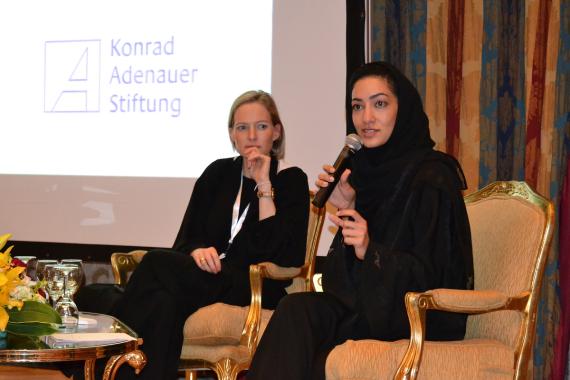 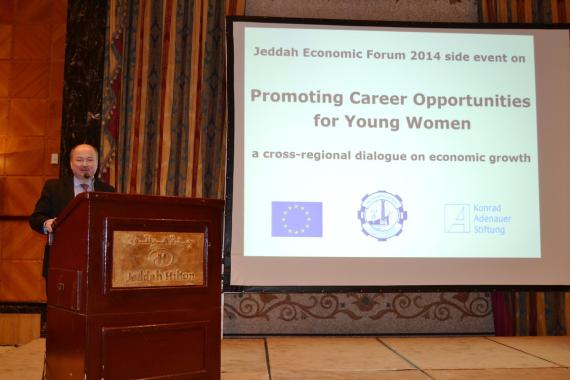 RPG KAS
The event "Promoting Career Opportunities for Young Women" was opened by the Head of the EU Delegation to the Kingdom of Saudi Arabia and the Gulf, Ambassador Adam Kułach. 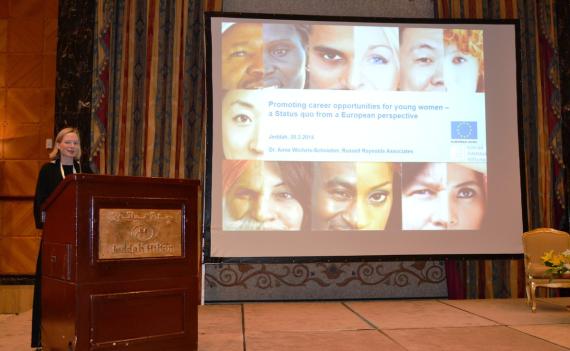 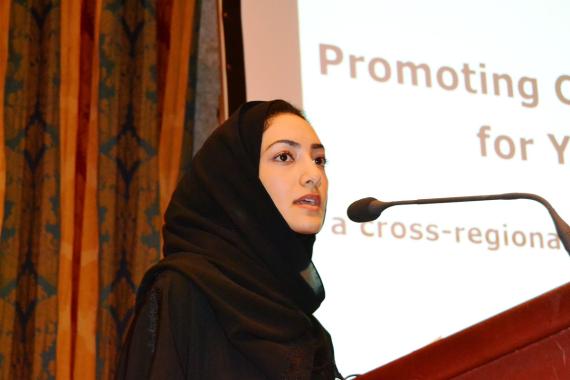 RPG KAS
Around 50 participants attended the event - almost half of them were Saudi men. 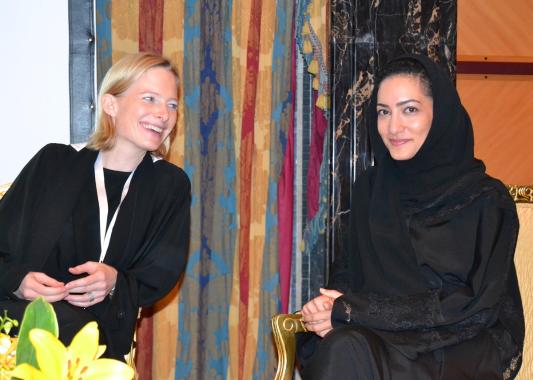 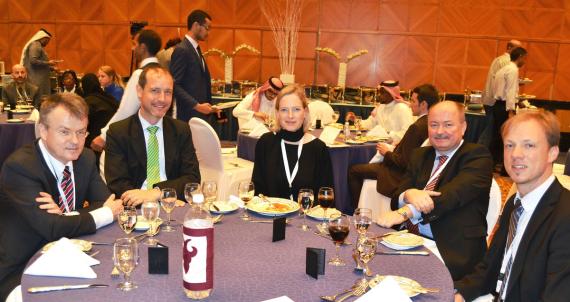 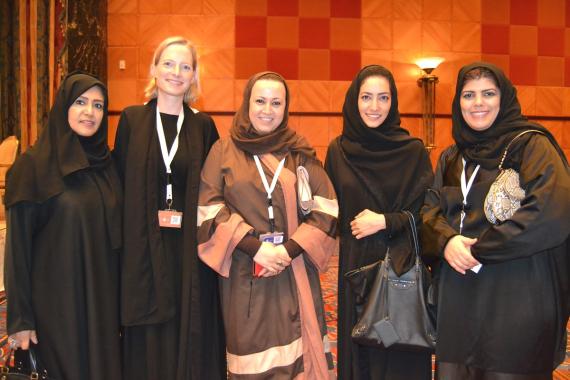 In March 2014 the first woman was unexpectedly called to lead one of the biggest Saudi investment banks. Since then the matter of career opportunities for Saudi women has attracted more and more attention within the Kingdom and beyond its borders. In fact, the ultra-conservative country is increasingly striving for reforms that facilitate the economic participation of women. The royal monarchs' decision-making process has thereby been affected by major economic and demographic changes.

Saudi Arabia faces a considerable challenge due to its demographic structure and the enormous population growth. It is expected that the local population will double by 2050 and that huge waves of young job-seekers will try entering the labour market. Yet, in order to provide sufficient numbers of jobs in the private sector, generating a minimum of eight percent annual GDP growth is inevitable – which at this point seems to be highly unlikely. Nevertheless, to tackle these issues, the Saudi ruling family has pursued a policy of “saudisation” since 2011: an attempt to increasingly integrate its own native population into the labour market by replacing cost-effective foreign workers.

Although young women represent the majority of university graduates in the Kingdom (65%), just one out of five women with a university degree actually works after her graduation, mainly due to the strict socio-cultural norms that prevent many women from pursuing a career. Yet, this is not the only area of life Saudi women are limited in. They are partially severely restricted by legal, social and religious regulations in everyday life and must adhere to a rigid dress code as well as a strict code of conduct, which prohibits them among other things from driving.

In a question to look behind the scenes of news headlines, the KAS Regional Office Gulf States organised a side event on “Promoting Career Opportunities for Young Women“ at the Jeddah Economic Forum 2014 in cooperation with the EU Delegation to the Kingdom of Saudi Arabia and the Gulf, headed by Ambassador Adam Kułach. Dr Anne Wichels-Schnieber, a medical doctor and consultant at Russell Reynolds Associates, a globally operating executive leadership and search firm, and Noura Al Turki, HR and CSR Executive Manager at Nesma Holding, discussed the opportunities and challenges for women in the labour market as well as the added value of gender diversity in companies. The discussion was moderated by Dr Lama Suleiman, the vice Chairman of the Jeddah Chamber of Commerce and Industry.

During the event, Ambassador Kułach emphasised the importance of dialogue and exchange on issues socially relevant such as the status of women and their economic empowerment vis-à-vis decision makers in government, business and society. According to Dr Wichels-Schnieber, who spoke about her experiences from Europe, European companies are discovering the concept of diversity. “In particular, gender diversity is a tangible competitive advantage for corporations,” explained Dr Wichels-Schnieber. “Thus, business enterprises with an above average number of women in leadership positions are generally more successful and sustainable than their competitors, as diversity reinforces innovation, increases productivity and leads companies to more sensitivity and a better understanding for their customers’ needs and wishes,” she added. However, Dr Wichels-Schnieber also underlined that even though women are in general well integrated into the labour market in Europe, only few women occupy management positions.

Noura Al Turki mainly spoke about the role of women as productive and creative workforce. To her, the strict gender segregation in public space almost makes it necessary to increasingly integrate women into the labour market. She explained that Saudi companies could gain a competitive advantage by hiring women, as female employees can provide services that meet their female customers’ needs. “Also, depending on the profession, women tend to be more productive than men,” Al Turki added. This could not only open up entire new industries for female employees and hence activate hidden potentials, but also support the Saudi economy in the process of becoming more competitive.

The growing interest in and increasing awareness of women’s active economic participation was also reflected by the diversity of the audience. Despite the strict gender segregation, the event was held in front of a diverse audience and a surprisingly large number of Saudi men seized the opportunity to gain insights into the matter. Some even spoke out strongly in favour of an economic "emancipation" of women. Moreover, specific cases in which gender segregation prevents professional women from carrying out their work were addressed. The discussion expressed a positive and forward-facing atmosphere as a sign of openness to the empowerment of women in Saudi Arabia.

The event underlined that the portrayal of Saudi women outside the Kingdom often does not reflect the true picture. As much as there is leeway for more gender equality, strong, charismatic and successful individuals occupying executive positions such as Noura Al Turki are also the Saudi reality. Or as Noura Al Turki put it herself: “I might not represent the majority of Saudi women, but I am part of them and it is therefore my responsibility to support the Saudi society in general and Saudi women in particular. ’The' Saudi woman does not exist.” 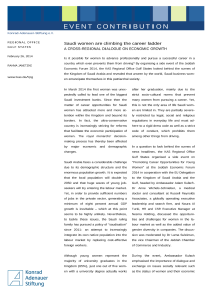