Not many associate the representation of people and political participation with the Gulf. This is due to the fact that parliamentary bodies and parliamentary-like councils in the region usually do not correspond with the classic Western parliamentary model. Primarily, tribalism and denominational affiliations shape the political systems of the Gulf monarchies.
November 26, 2015 Ordering Information

RPG KAS
Local and international experts on parliamentarism lay the foundation for the joint research project on the role of parliamentary representations and parliamentary-like councils in the Gulf. 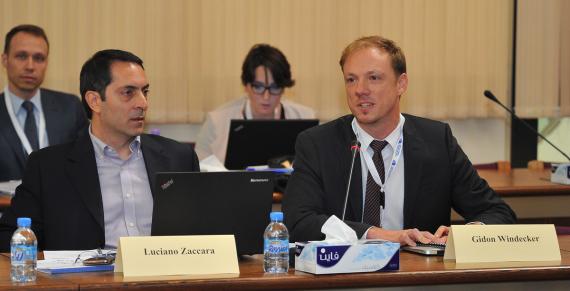 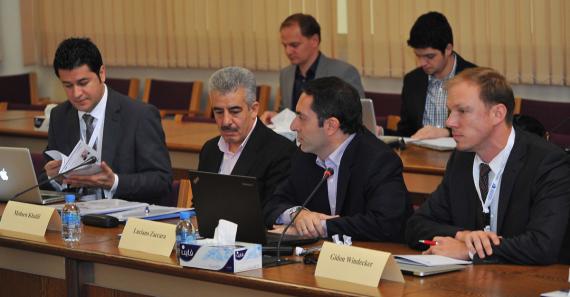 RPG KAS
Initial drafts concerning case studies in regard to parliamentary bodies and Shura councils in the Gulf are being intensively discussed. Here, Mr Mohammedali Taha (left), Member of Parliament, Parliament of Kurdistan Region, and Dr Mohsen Khalili (to the right), Professor for Political Science, Ferdowski University of Mashhad, present their analyses on the parliaments of the autonomous Kurdistan Region and Iran. 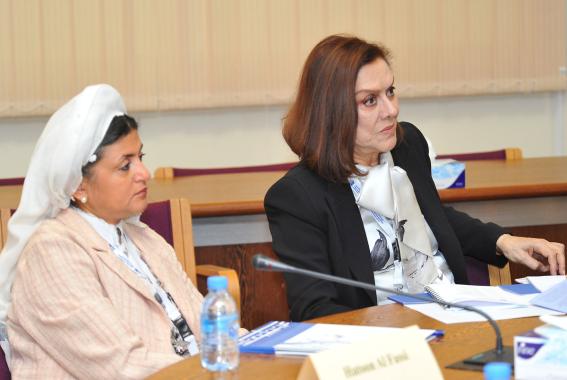 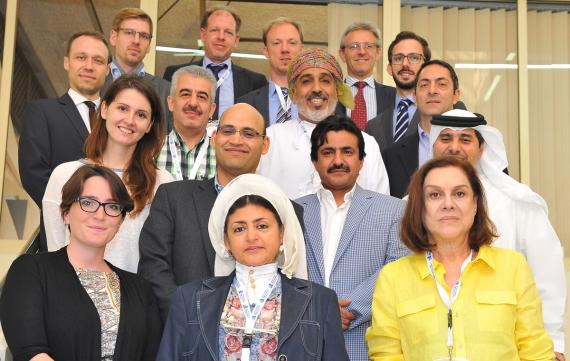 KAS RPG
Concluding the workshop, content experts and workshop organisers rounded up for a group picture.

However, if one takes a look beyond Bahrain, Kuwait, Oman, Qatar, Saudi Arabia and the United Arab Emirates, and towards Iran, Iraq, Yemen and the autonomous Kurdistan Region, the viewer is being offered a new perspective on the diversity of people’s representations in the Gulf.

Against this background, Konrad-Adenauer-Stiftung’s Regional Office Gulf States and the Gulf Studies Center at the College of Arts and Sciences at Qatar University laid the foundation for a joint research project with a two-day workshop on November 17 – 18. The pioneering project focuses on exploring the role of parliamentary representation as well as Shura councils in the Gulf region. Local experts from the six Gulf monarchies, Iran, Iraq, Yemen, and the autonomous Kurdistan Region will study the Shura councils' (consultative assemblies) and national parliaments’ working practices and efficiency.

Upon meeting in Doha, international experts on parliamentarism from Europe and the Gulf examined and commented initial drafts and thus contributed extensively to the positive dialogue character of the project. These individual case studies will subsequently be put together in a compilation to serve as a reference work regarding the role-diversity of people’s representations in the Gulf region for experts, specialists, and members of parliament in Europe and the Arab world.

The Shura councils of the six Gulf states already differ in their competencies and responsibilities, although they have extensively inspired and mutually influenced each other in their individual development, for instance in the matter of electoral law and the appointment of representatives. In this regard, Kuwait and Bahrain most certainly stand out with their comparatively long and broad experience in the field of parliamentarism. The United Arab Emirates as a federation has embarked on a slightly different path while trying to strike a balance between direct extension of parliamentary activities and concentration of power on leadership level. Also Qatar, Oman, and Saudi Arabia show positive development prospects for promoting the Shura councils’ efficiency as intermediaries between state and society.

Nevertheless, it must be borne in mind that from the very beginning, the introduction of institutionalised advisory and assembly bodies, such as the Shura councils and municipal assemblies, have been historically and constitutionally enacted as a top-down process. This in turn explains the disparity between citizens’ rights and civic duties as well as participation in political decision-making processes, in particular in matters of legislation. Therefore, people’s parliamentary-like representation in the Gulf States is still in its infancy, since it has not been arising from a bottom-up initiative, which traditionally allows citizens to position themselves in the role of the legislator. That is why the greatest challenge for the rulers in the Gulf remains to ensure that the Shura councils are given room for development while tribal structures are also being taken into consideration.

In addition, the three republics of Iraq, Iran, and Yemen as well as the autonomous Kurdistan Region present a further dimension to the joint research project, considering the forms of government that have risen in said countries during their eventful history. In comparison to the Gulf monarchies, these four states’ legislative branches have more advanced competencies at their disposal. In turn, those systems clearly emphasise the role-diversity of people’s representation in the Gulf. Eventually, specific features of each individual parliamentary representation or parliamentary-like council in the Gulf can be, for each of the ten countries to be examined, traced back to a very specific socio-political and historical context, which provides a basis for a promising research project.

The introductory workshop to the joint research project is the fifth cooperation between the Gulf Studies Centre at Qatar University and the Regional Office Gulf States. In spring 2016, experts are going to meet again to present and discuss their findings as research has progressed. Afterwards, they will revise and complete their case studies for the upcoming book publication. 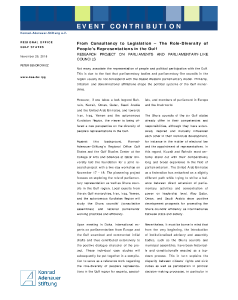 The Legislative and Shura Councils in the Gulf Region