by Gisela Elsner
On 28 February 2020, the Centre for Asian Legal Studies (CALS) of the National University of Singapore (NUS) and KAS Rule of Law Programme Asia co-organised an academic workshop intended to discuss several questions arising out of two overarching, but interrelated thematic areas: constitutional processes and democratic commitments as well as constitutional integrity and political change in the Asian region.
March 25, 2020 Ordering Information 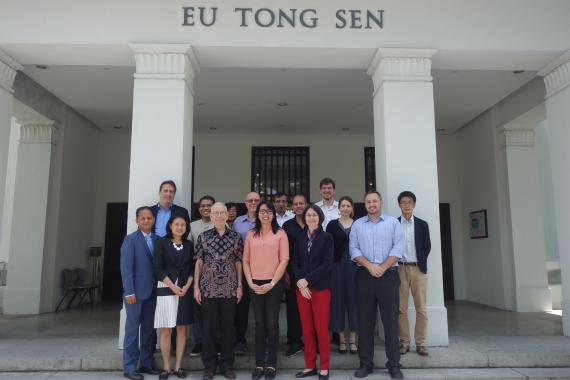 In this Workshop, participants discussed the constitution-making processes that could produce greater commitment to democratic institutions. In particular, participants analysed the importance of inclusion of all social groups, deliberative process, as well as generating consensus and compromise in constitution-making in order to develop ownership. Further, the discussions focused on the challenges that breach or threaten to breach the norms of constitutional democracy following political change and democratization.

The Workshop considered how such challenges might emerge – including the structural and political forces that drive them – and the ways in which constitutional institutions respond to those challenges. The development of constitutional culture in societies and the role education plays in this context were also highlighted. Within this framework, discussions focused mainly on the developments in severely divided societies in Asia – that is, societies that are divided along politically salient identity-markers such as ethnicity, race, religion, or language.

Given the interdisciplinary nature of the theme of the Workshop, the organizers aimed to include participants from the political science and constitutional law fields. Experts from specific jurisdictions such as Malaysia, Indonesia, Myanmar, Sri Lanka, India, and Nepal were invited as there are ongoing and relevant developments in these countries that warrant critical analysis. Likewise, constitutional lawyers from Australia and Taiwan contributed their analysis of notions like constitutional culture, commitment, participation and inclusion in the context discussed.

The subject matter chosen was timely given the constitutional developments in the Asian region. In particular, in light of the recent constitutional crises in Malaysia and Sri Lanka, this event took an even greater significance as it allowed participants to discuss these crises in greater details.