"Political Dialogue" is an important part of our cooperative efforts.

KAF representatives have to ensure that there is correct administration of funds used for projects and activities that are often run in cooperation with a local counterpart or partner organization, and implemented at their discretion and under their direction.

Funding guidelines have therefore been compiled in order to assist in the understanding of the particular requirements of the application process.

The foremost criteria in deciding if a proposal can be can be considered by the Foundation, are to assess whether or not the proposal develops, strengthens and consolidates democracy in South Africa.

Deciding on whether or not the Foundation will support an individual project or a series of activities is a complex process stretching over several months, and requiring careful planning.

Applications for funding to be considered by the Foundation should be forwarded to KAF’s South African office no later than September of the year prior to that in which funding is requested.

In order for he Konrad Adenauer Foundation to consider a funding proposal, the following detailed information is required:

•Reasoning behind the objective(s)

•Type of activity to achieve the objective(s)

•Time schedule (date and duration of the activity)

The funding proposal containing all these necessary details will then be subject to evaluation and approval by KAF’s country representative and will eventually form part of the annual country programme. The decision is usually made on the basis of how effective the project proposal will be in meeting the stated objectives and long-term goals of the Foundation in the country.

The realization of a project proposal is decided upon when the annual budget for the subsequent year is allocated.

The annual budget talks are generally conducted during November and December prior to the year of implementation and it is at this time that the Foundation will finally decide on the outcome of the proposal.

Once the Konrad Adenauer Foundation has approved a funding proposal, it reimburses an organisation on the agreed-upon detailed budget and on a cost-incurred basis only. 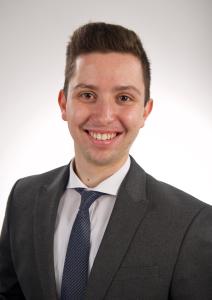