Our country profile summarises key data on history, politics, economy and society of the Republic of South Africa. It also presents basic information that will help you in getting an initial overview of the economic, social and political situation in South Africa. Graphical elements illustrate the listed information.
June 3, 2019 Ordering Information 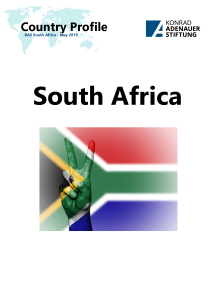