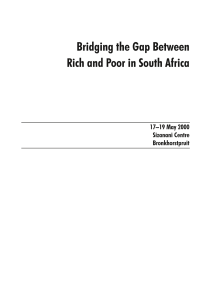 Bridging the Gap Between Rich and Poor in South Africa

The conference was organised by the Economics Desk: Justice and Peace Department of the Southern African Catholic Bishop’s Conference, together with the Bethlehem Social Academy and the Konrad Adenauer Foundation. The Justice and Peace Department believes it is important for local people to be involved with local government in the process of transformation, since this is their democratic right according to the national constitution. Economic literacy is therefore one of our main programmes, the aim of which is to help people play a more meaningful role in their communities. 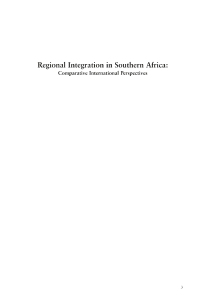 The path and progress of the regional integration process in Southern Africa faced, during 2000, ongoing crises in Zimbabwe, Angola and the Democratic Republic of Congo (DRC), three of the region’s four largest states. With this in mind, the South African Institute of International Affairs (SAIIA), in conjunction with the Nordic Council of Ministers, the Konrad-Adenauer-Stiftung, the British High Commission in Pretoria, and the Universities of the Witwatersrand and London, staged a conference from 19–20 June 2000 on Reviewing Regional Integration in Southern Africa: Comparative International Experiences. This report is based on the papers presented at that event. For your convenient download the it is subdivided in a number of different pdf-files. 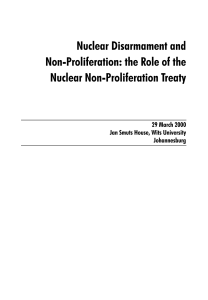 The seminar on Nuclear Disarmament and Non-Proliferation: the Role of the Nuclear Non-Proliferation Treaty (NPT) was inspired by the March 1999 Tokyo meeting convened to discuss nuclear non-proliferation and disarmament. As the KAF, IIPS and BCSIA meeting emphasised, the global nuclear non-proliferation and disarmament process is not limited to a small number of global powers, but is rather a broad undertaking which should encompass states from both the northern industrialised nations and the southern developingnations. Given that South Africa was the first state to produce clandestinely and then dismantle and destroy nuclear weapons, it seemed appropriate to take up the challenge of the Tokyo meeting and extend the debate on nuclear non-proliferation at a seminar in Johannesburg. South Africa’s fervent anti-nuclear policy – consolidated after the country’s first democratic elections in 1994 – also provided an inspirational model to other states possessing, or considering the manufacture of, nuclear weapons. 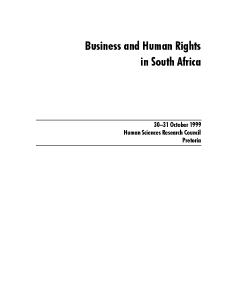 The National Human Rights Trust believes that organised business (i.e. from the factory floor up to the highest levels of management) bears the crunch of these centrifugal forces which currently dominate the southafrican society. It is, furthermore, an unassailable fact that business has a vital role to play in the successful transition/transformation of society to that of a fully-fledged democracy. Business has to therefore be assisted in the awesome task facing it in that regard. One way of so assisting business, is to create opportunities where leaders from business may raise their concerns, share their experiences, air their views and, hopefully, also learn from one another and from others how these challenges may be met. 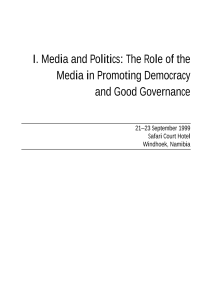 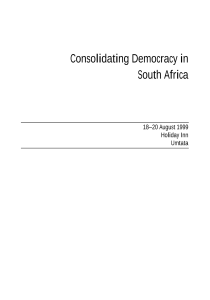 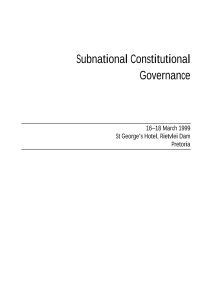