In October of 2019, Citizen Surveys conducted a series of eight, in-depth qualitative focus groups in four provinces of South Africa: the Western Cape, KwaZulu-Natal, Gauteng and the Free State. The research was commissioned by Professor Roger Southall, with support from the Konrad-Adenauer-Stiftung (KAS)
March 15, 2022 Ordering Information

All of the focus group discussions were recorded by Citizen Surveys and subsequently transcribed verbatim. Two focus groups, both in the Free State, were conducted in Afrikaans and the transcripts were translated into English. All of the qualitative data captured was analysed using the following methodology:

I. All of the transcripts were read and reviewed, alongside the video recordings. Minor edits and corrections were made where necessary. As far as possible, all comments were assigned to individual participants according to the identifying numbers provided at the outset of the discussion, in order to allow for later analysis according to demographic characteristics such as gender, age etc. if required. The only exception was in relation to Group 8, in which there was an error in the video file and the recording only includes audio up until approximately 40 minutes (total length of discussion was approximately 2 hours 40 minutes).

2. All of the transcripts were analysed thematically. A draft code frame was developed including parent codes/themes and four levels of subthemes. This code frame was discussed, reviewed and validated with Professor Southall.

3. All of the transcripts were coded thematically using the NVivo qualitative data analysis software. This yielded a total of 55 main themes (also referred to as parent nodes), as well as sub-themes within each. All coded data was exported into Word documents and provided to Professor Southall. Each word document contains all relevant texts from across the eight transcripts, according to themes and sub-themes. 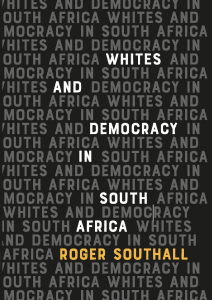