Democracy Development Program (DDP) in partnership with Inkululeko Leadership Academy (ILA) hosted a youth in politics dialogue at Diakonia in Durban on the 24 August 2018.
August 24, 2018

According to the conveners, this dialogue was one of their means to understand if the current political messaging sufficiently captures the aspirations of young people in South Africa. This was also to investigate whether the internal party policies advance the voice of the youth, as a key demographic priority and to understand the implications.


The specific objective of the youth in politics dialogue, is to investigate the role that young people are currently playing in the political context of South Africa. This was to give an equal chance to the major political parties a chance to elaborate on their current stance on youth leadership and their contribution towards grooming young leaders. The indicator was to bring together young representatives of the EFF, DA, ANC and IFP a space to present their position at the face of civil society youth and the media.


This dialogue was co-facilitated by DDP’s Brian Bhengu and Nonkululeko Hlongwane of Activate! 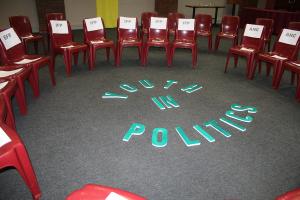 The setting that facilitates a dialogue ideally. 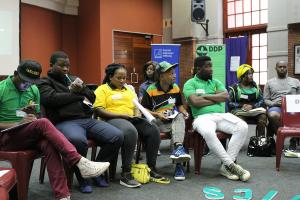 The event attracted the attention of many young people. 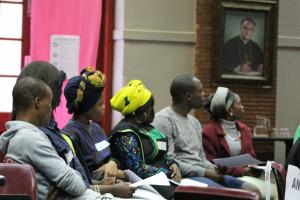 The audience during the event. 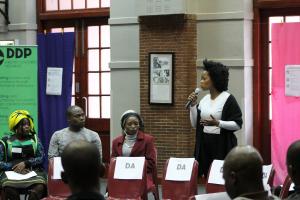 A participant expresses her opinion to the dialogue. 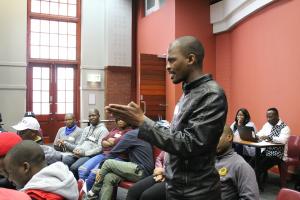 A participant shares his argument.