Brittle Democracies? Comparing Politics in Anglophone Africa compares the democratic principles, presence and performance of ten former British Colonies across Sub-Saharan Africa. It aims to see what trends are present and what challenges this subset of African democracies face

ONLINE SEMINAR: BLACK LIVES MATTER AND POLICE BRUTALITY: WHERE TO FROM HERE?

COVID-19 and Gender-Based Violence - What are the Obligations for Businesses and Universities?

WEBINAR: "The Power of Human Rights and Power Politics in the UN Security Council" 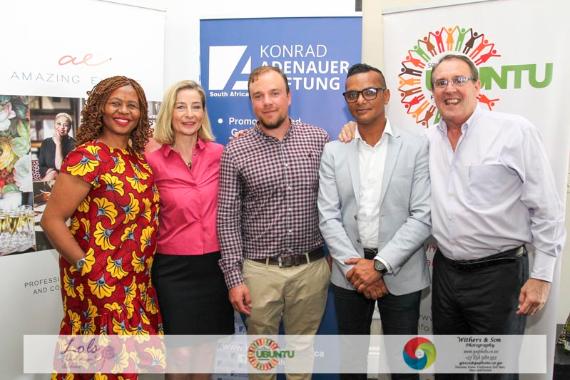 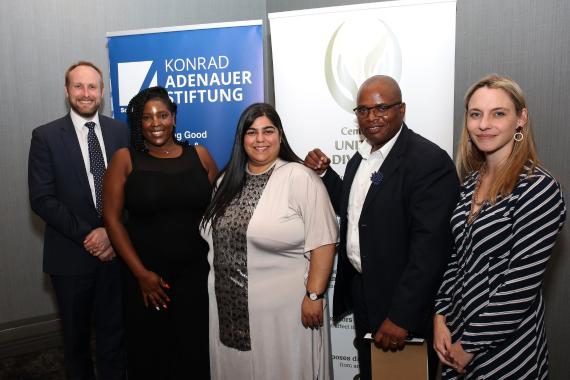 The South African Constitution obliges the State to protect the rights of all who live in the country. The South African 2011 Census found that there were 2.2 million immigrants in a country of 52 million in 2011. Xenophobic attacks of the last years, especially the one in 2008 which was among the deadliest to date and the recent attacks in September 2019 in Johannesburg, frighten many people. 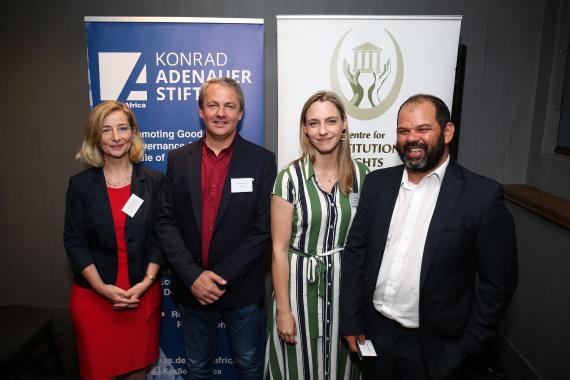 “Unpacking the Implications of the National Health Insurance Bill” was the topic of a discussion jointly hosted by the Centre for Constitutional Rights (CFCR) and the Konrad Adenauer Foundation (KAS). The expert speakers were Mr Michael Settas, Member of the Free Market Foundation’s Health Policy Unit and Mr Russel Rensburg, Director of the Rural Health Advocacy Project. 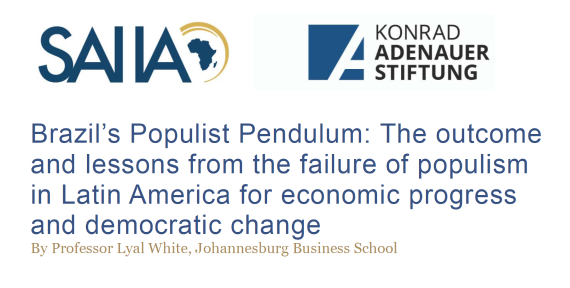 Can Africa learn from Brazil´s history? Brazil and Africa; a country versus a whole continent, but nevertheless with common features. They have similar GDPs, but the population of Africa is about five times bigger than the population of Brazil. The effect is that Brazil's income per person is higher. Both Brazil and Africa have a historically similar low growth rates and share the ignominious character of globally leading wealth and income inequality. 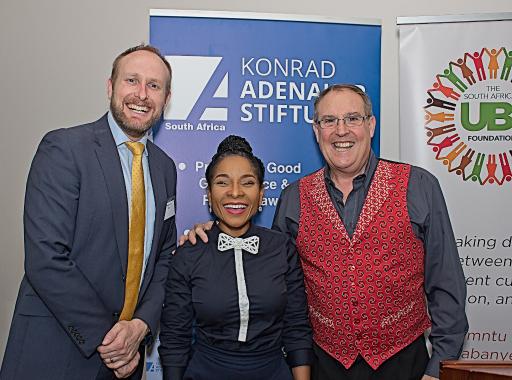 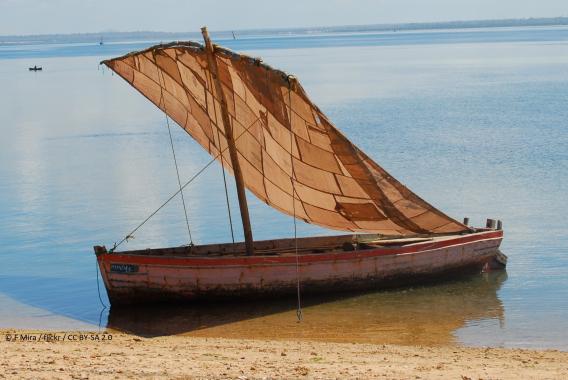 Can Democracy and Peace finally come to Mozambique?

On 13 November the fourth and last event in the SAIFAC Africa Forum series for 2019 was held at Constitution Hill. The topic was “Can democracy and peace finally come to Mozambique?”. The series aims to draw on the experience of South Africa and connect it with developments in a particular country or group of countries. The speakers are legal and non-legal experts who provide critical analysis of their societies and an understanding of how to move them forward. The series is funded by the Konrad-Adenauer-Stiftung. 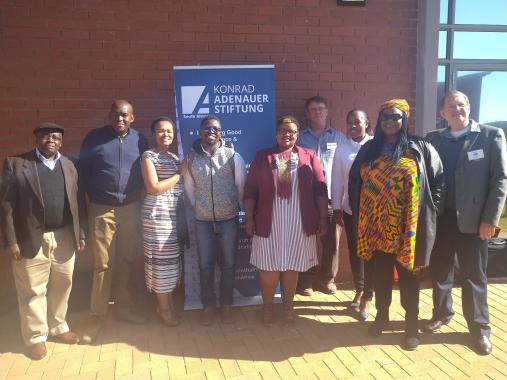 United Nations declared 2019 The Year of Indigenous Languages (IY2019). This was done “in order to raise awareness, not only to benefit the people who speak these languages, but also to appreciate the important contribution they make to our world’s rich cultural diversity”. Indigenous languages worldwide face the threat of extinction. 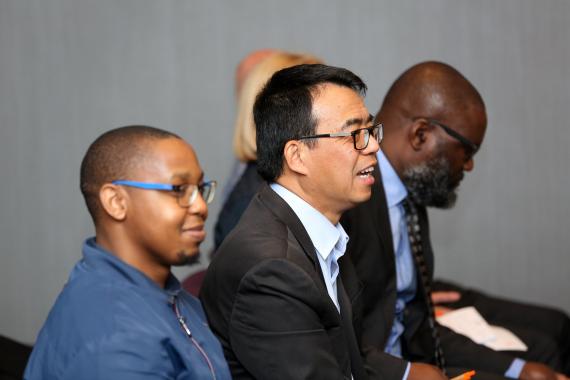 “The first land to be confiscated by the Europeans in South Africa was part of what later became known as the Western Cape” (Final Report of the Presidential Advisory Panel on Land Reform and Agriculture, p.23). From that genesis, Land Reform is one of the most important topics in South African politics since the 1994 transition to democracy. 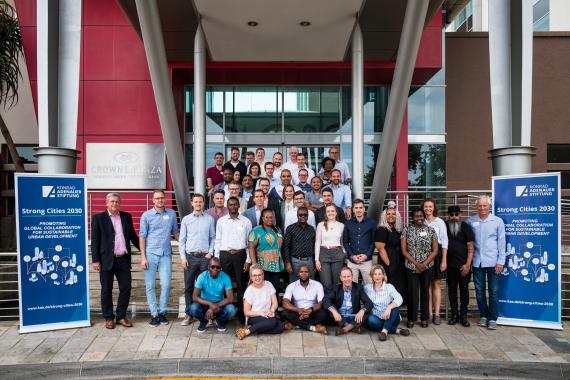 "Innovative approaches to overcome urban inequality" was the theme of this year's international Strong Cities 2030 conference, hosted by the Konrad-Adenauer-Stiftung (KAS) in partnership with the City of Johannes-burg, that took place from 13-15 October 2019 in Johannesburg, South Africa. 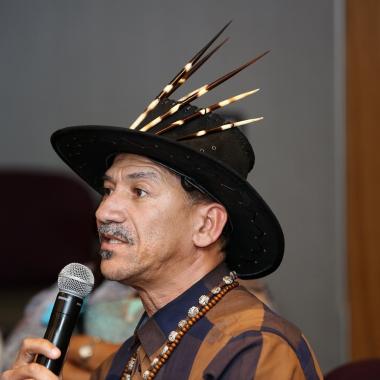 Freedom of Expression versus Hate Speech: Are we Striking a Balance in South Africa?

On 17 October 2019, the Centre for Unity and Diversity (CUD) and the Konrad-Adenauer-Stiftung (KAS) hosted the third event of the Roundtable Discussion series. At the core of the presentations and the subsequent discussion was the question of where to draw the line be-tween freedom of speech and hate speech. The recent findings of the Courts and the South African Human Rights Commission (SAHRC) on hate speech rooted the event in current affairs. To dig into the topic of hate speech more thoroughly, legal, psychological and political aspects were addressed.