by Nancy Msibi
In 2019, South Africans will be voting in the sixth democratic General Elections. The elections will take place in the midst of general dissatisfaction amongst the majority of voters. Political parties will have to work very hard to win the support of the first time voters the majority of whom are apathetic.
June 25, 2018 Ordering Information 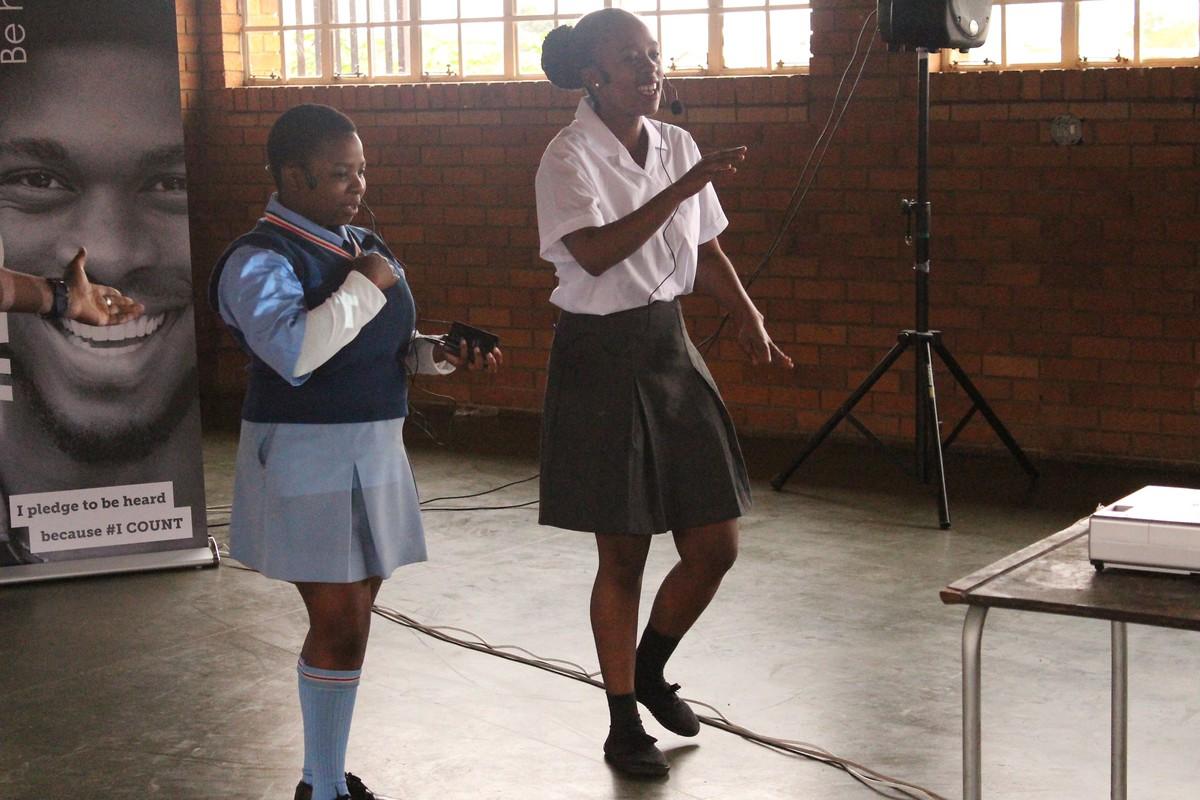 The learners were asked to take an active role in the program. 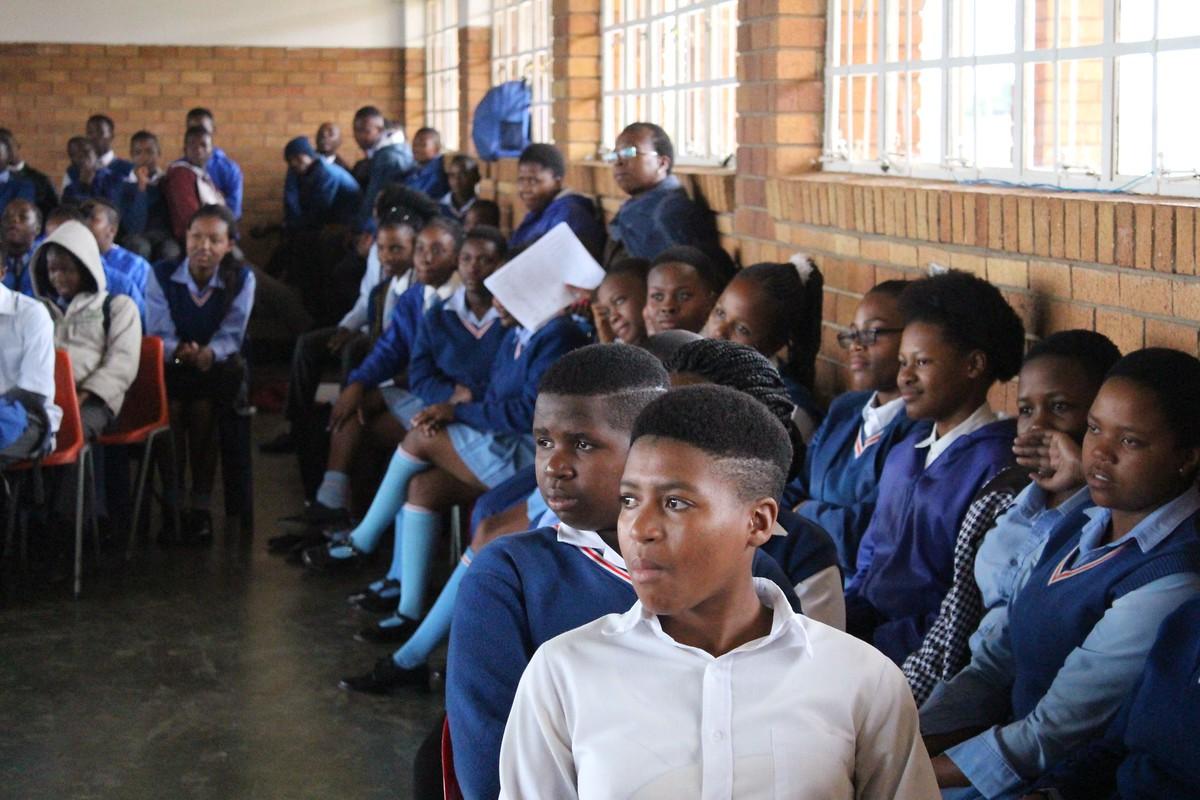 The learners attentively listening, as they were informed about their possibilities of political participation. 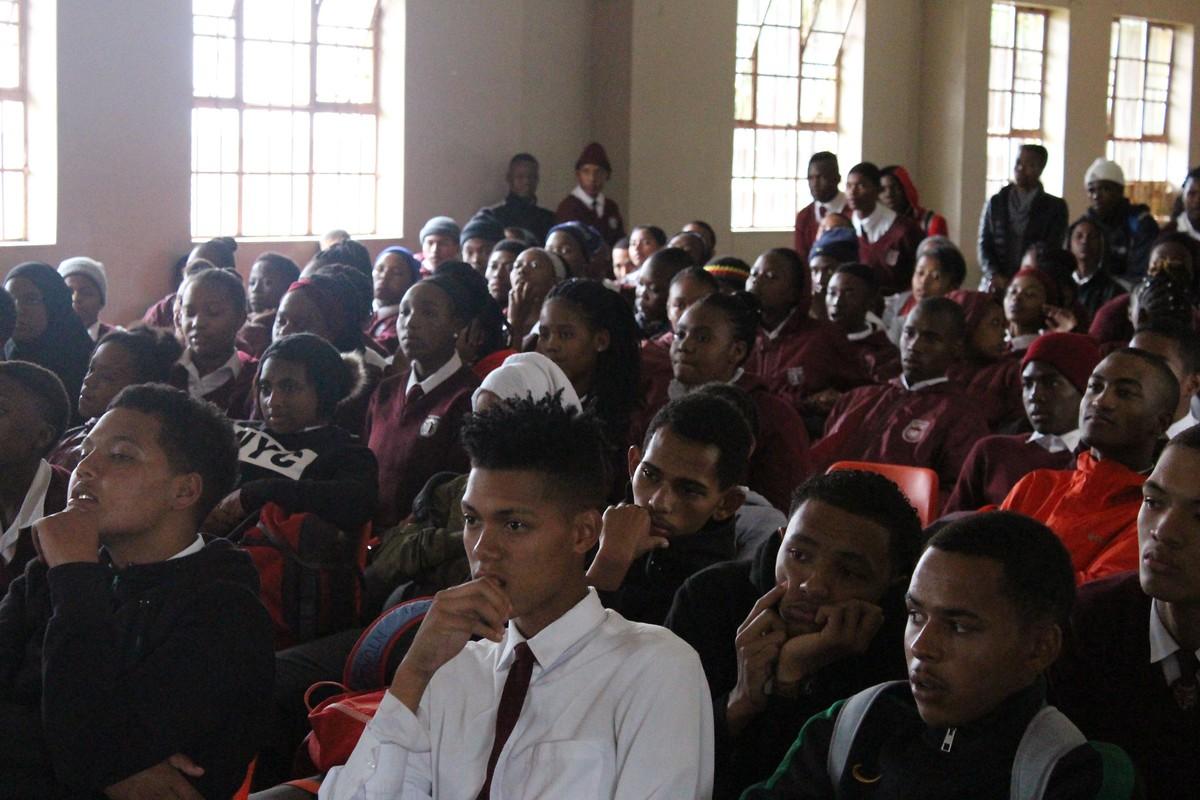 A large number of learners participated throughout all of our #ICOUNT-Events. 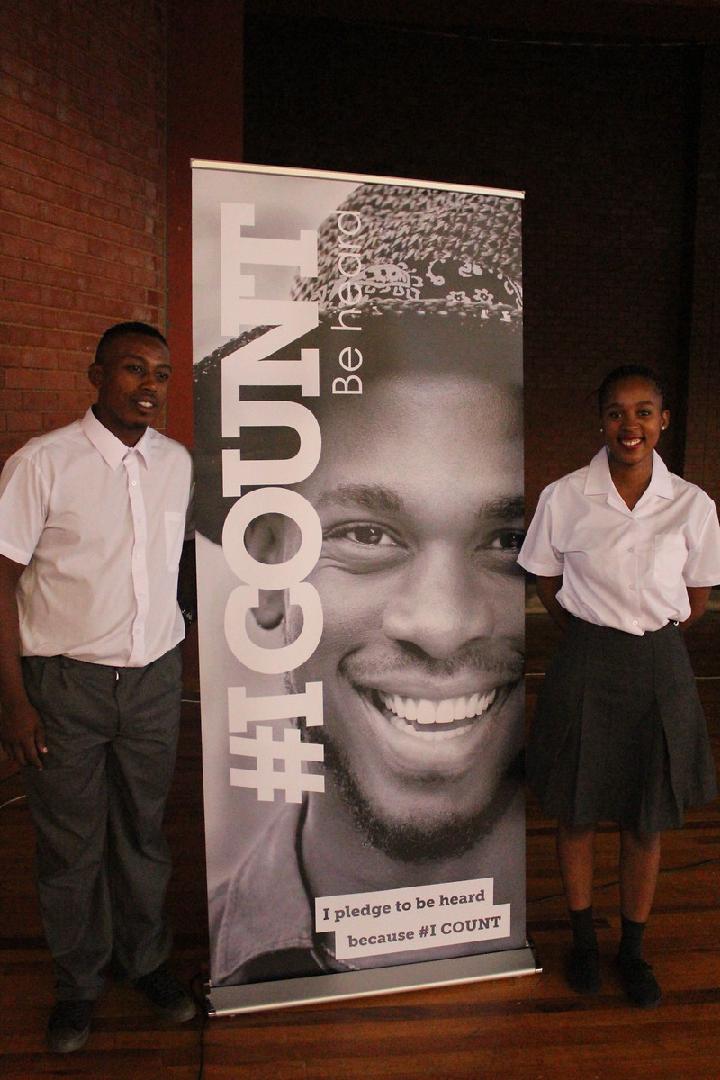 Zola as "Thandi" and Pule as "Sipho" were able to motivate the students with their well-rounded concept of information and entertainment.

In 2019, South Africans will be voting in the sixth democratic General Elections. The elections will take place in the midst of general dissatisfaction amongst the majority of voters. Political parties will have to work very hard to win the support of the first time voters the majority of whom are apathetic.

ICOUNT seminars took place in May 2018 at 20 schools in Ekurhuleni, Johannesburg and Soweto in Gauteng province. It was done in cooperation with HDI for Good. Over 2000 grade 10 and grade 11 learners attended the seminars.

Most of the schools are in the townships, some are in the suburbs. The seminar started with a theatre play by two actors with the stage names of Thandi and Sipho. Discussions followed after the play. The presentation was done in a mix of English and local African languages.

The script was divided into 3 phases:

At the majority of schools, everything went smoothly. When the team arrived, the venue was prepared and the learners were informed about the event. However, at other schools, plans were derailed because of lack of communication between the principals and teachers. At times, there were postponements and cancellations due to the bus strike and service delivery protests.

The theme ICOUNT is aimed at affirming the youths, to show them that they are valuable and that they have a contribution to make in society. It is also to remind them that their vote carries the same weight as everybody else’s. They must not underestimate their power as voters. South Africa, like most democracies, experience youth voter apathy. The majority of youths, especially first time voters, are not interested to participate in elections and general civic du-ties.

The youths are the future; the future of South Africa is in their hands. While the youths are able to make their own decisions about which party to vote for, however, as a result of their lack of interest, they end up voting for the parties of their parents’ choice. They don’t take time to read the manifestoes of the political parties to see which party rep-resents their interests best.

ICOUNT encouraged them to participate actively in the democratic processes by voting for the political party which represents their interests best.

To vote or not to vote

Some of the reasons given for not voting were:

! Some of the reasons given for voting were:

The learners were actively en-gaged during discussions and they substantiated their views with good arguments. They were socially conscious, high-lighting the ills they see in their community and in society in general. Some had critical views about how they can bring change in their communities. It is worth nothing that as a result of peer mediation some of the learners who were initially not interested in voting had changed their minds after discussions. 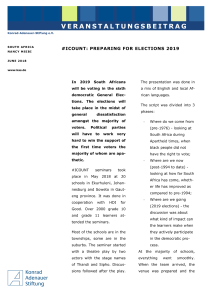