One June 1, the Democracy Development Program (DDP) in cooperation with the Konrad Adenauer Foundation South Africa hosted a citizens' forum at Diakonia to unpack the issue of land ownership and redistribution in the country. A report by DDP's Sthabiso Mdledle.
June 7, 2018 Ordering Information 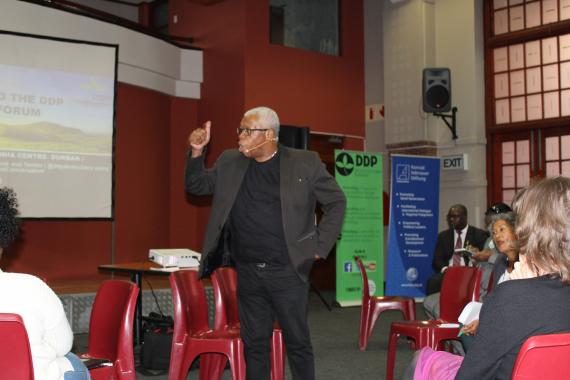 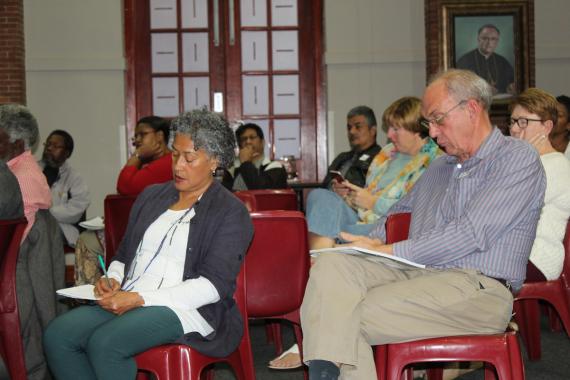 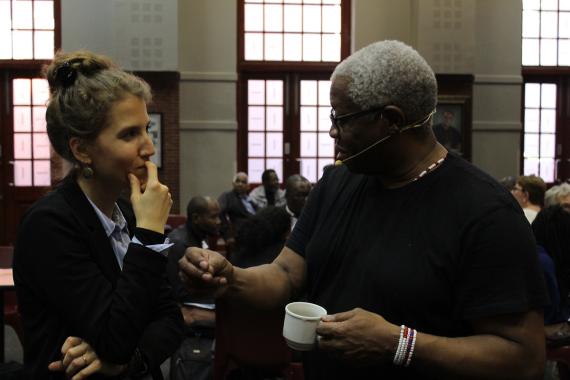 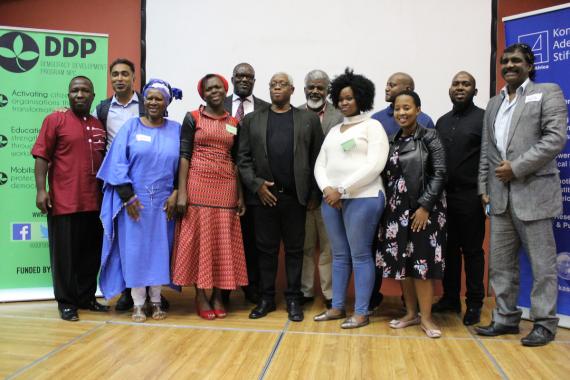 Delegates at the forum

The Democracy Development Program (DDP) hosted a citizens' forum at Diakonia last week to unpack the issue of land ownership and redistribution in the country. This was prompted by recent debates on parliament’s motion to expropriate land without compensation and the proposition to amend Section 25 of the constitution, as a solution for dealing with what seems to be a deadlock between government and private owners of land in the wholesale redistribution to disposed persons and communities.

Prominent political analyst and research fellow at the Helen Susman Foundation, Aubrey Matshiqi, gave his remarks on the issue. Amongst other things, Matshiqi was quoted as saying that the African National Congress (ANC) does not want the expropriation of land without compensation.

“These are just delaying tactics, the ANC will call for a Summit, a research study - the land issue is a vote-catching exercise, ANC is clever!” he said.

According to Matshiqi at the heart of the issue there are real lives at stake: While many people felt disconnected from the topic, for those who were affected directly, it was a reality that reminded them of historical injustices. “The question is, do we all belong here? Does South Africa belong to all who live in it? Do all races have the same claim to South Africa?” Matshiqi posed these questions which heated a debate amongst the delegates.

Abahlali baseMjondolo, a shack-dwellers' movement in South Africa campaigning against evictions and for proper housing and land ownership, gave a perspective of how its members are affected by the issue. Activist and member of Abahlali, Blessing Nyoni, told delegates at the forum that while South Africa celebrates Freedom Day, Abahlali articulated their discontent with the current situation of land ownership. Lack of property rights, lack of appropriate housing and the eviction of camps are big problems, said Blessing Nyoni. Nyoni also stated that social value of the land must come before the economic value and that lives are being lost while the land debate is going on. She added that civil society must continue to address these issues and has to challenge those in power to deliver on their promises.

The Association for Rural Advancement (AFRA) presented their organization’s perspective on the land issue, as to how it affects farm/rural dwellers in the KZN Midlands and in other parts of KZN. “The land imbalance in the country needs to be addressed urgently”, said Nompumelelo Mthimunye from AFRA. However, measures have to be introduced in order to protect ordinary farm dwellers from injustice stemming from land expropriation.

The presentations from both the civil society organizations and Matshiqi’s analysis heated a lively debate among the delegates.