Municipal Stakeholders Cooperation Workshop: Partnerships to implement the objectives of the National Development Plan (NDP) – The role of churches and faith communities

The Konrad-Adenauer-Stiftung in cooperation with the Ecumenical Foundation of South Africa (EFSA) and the Right Reverend Bishop Sipuka of Mthatha (and President of the Southern Africa Catholic Bishops' Conference) hosted a dialogue with experts and leaders from both business and churches to explore how South African role players create a new "social contract" that addresses social justice alongside or with government programmes.
September 12, 2019 Ordering Information 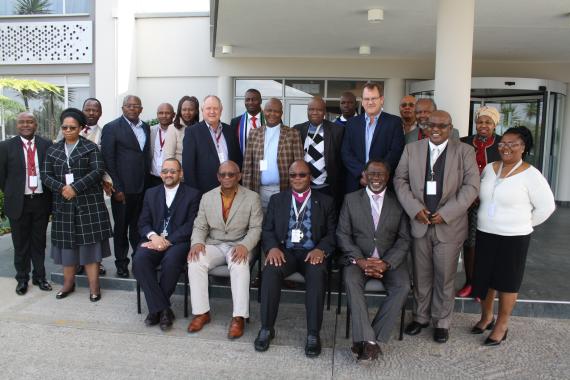 Thanks to all participants 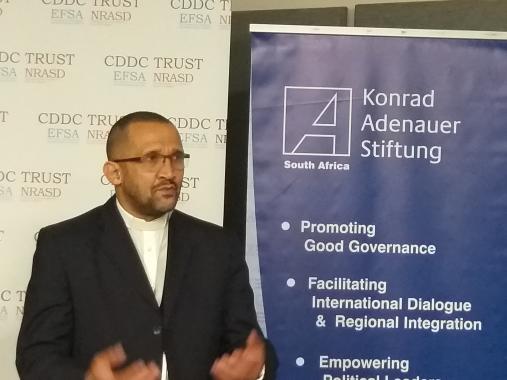 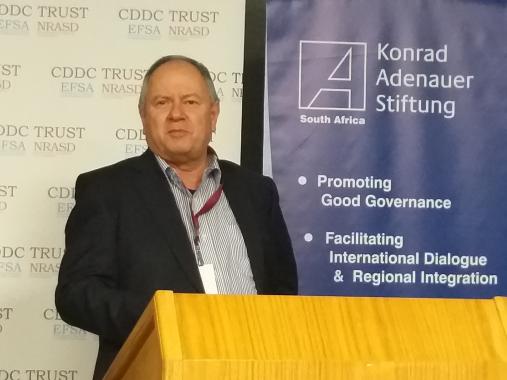 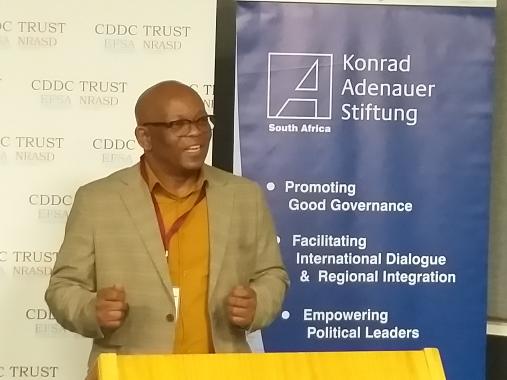 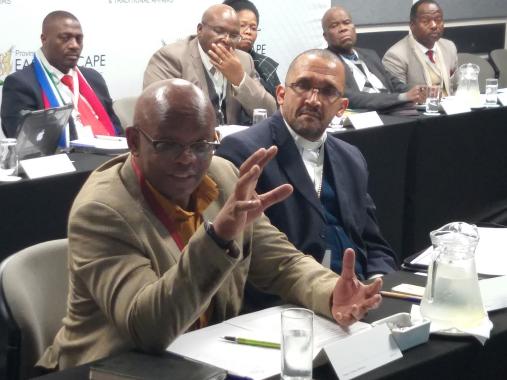 MEC Nqatha and Bishop Sipuka
This report was provided by Charl Fredericks (EFSA).


The fostering of partnership between municipalities and the churches at local level was stated as one of the objectives, within the broader national framework of implementing the National Development Plan.

These presentations placed focus on the following points:
1. The mandate of local government is to provide services and goods to communities.
2. This mandate had to be achieved with the involvement of communities, who had to play a role in determining their needs, and who could contribute to addressing their needs via participation in community-based programmes. The role of communities was thus not limited to receiving services and keeping government accountable for the provision of such services.
3. Current opportunities and resources existed for joint programmes to be pursued between municipalities and the churches, in which persons in communities could be mobilised as active participants in community-based development.

Against this background, a discussion session followed that was facilitated by Father Menatsi.

As part of opening comments during the discussion, Minister Nqatha remarked that the language of government was that “government will deliver”, which left persons in communities sitting back, waiting on government to deliver. This language did not enhance a sense of civic responsibility.

Bishop Sipuka noted that churches could enhance a sense of active citizenry amongst parishioners as persons in communities. He requested that joint programmes between municipalities and churches be developed, to address the basic needs of persons to live with dignity. To this end, the capacity of persons is to be built, to enable persons to feed themselves, to acquire decent shelter, and to become employable. The churches also possessed experience to inculcate values and ethical behaviour, as persons had to take ownership and responsibility for their own development, and to live in good relationships with those in their households and communities.

The churches would be represented on the working group by: Bishop Sipuka (Catholic Church in South Africa), Bishop Ndwandwe (Anglican Church of Southern Africa), and Pastor Phillips (Rhema Umtata Christian Church). The municipalities would nominate senior members to serve on the working group. In addition, coordinators would be selected by the municipalities and the churches as drivers of the process to ensure progress. It was proposed by Minister Nqatha and Bishop Sipuka that the churches take a leading role to drive progress.

The workshop was closed by Bishop Nkosinathi Ndwandwe (Anglican Church of Southern Africa), who thanked all delegates for their participation, and he expressed the hope for concrete results to be achieved. 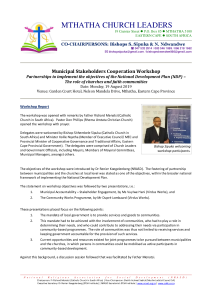 Dialogues on Faith and Economics with EFSA (1-3)