This year marks the 25th anniversary of South Africa's non-racial constitutional democracy. The FW de Klerk Foundation's Annual Conference took the opportunity to elaborate on one of the core principles enshrined in the preamble of the South African Constitution – to undo the injustices of the past by actively promoting equal opportunities for all South Africans irrespective of race, culture, gender or economic status quo. The conference, jointly hosted by the FW de Klerk Foundation and the Konrad-Adenauer-Stiftung (KAS), was held on 1th February 2019 in Cape Town.
May 23, 2019 Ordering Information 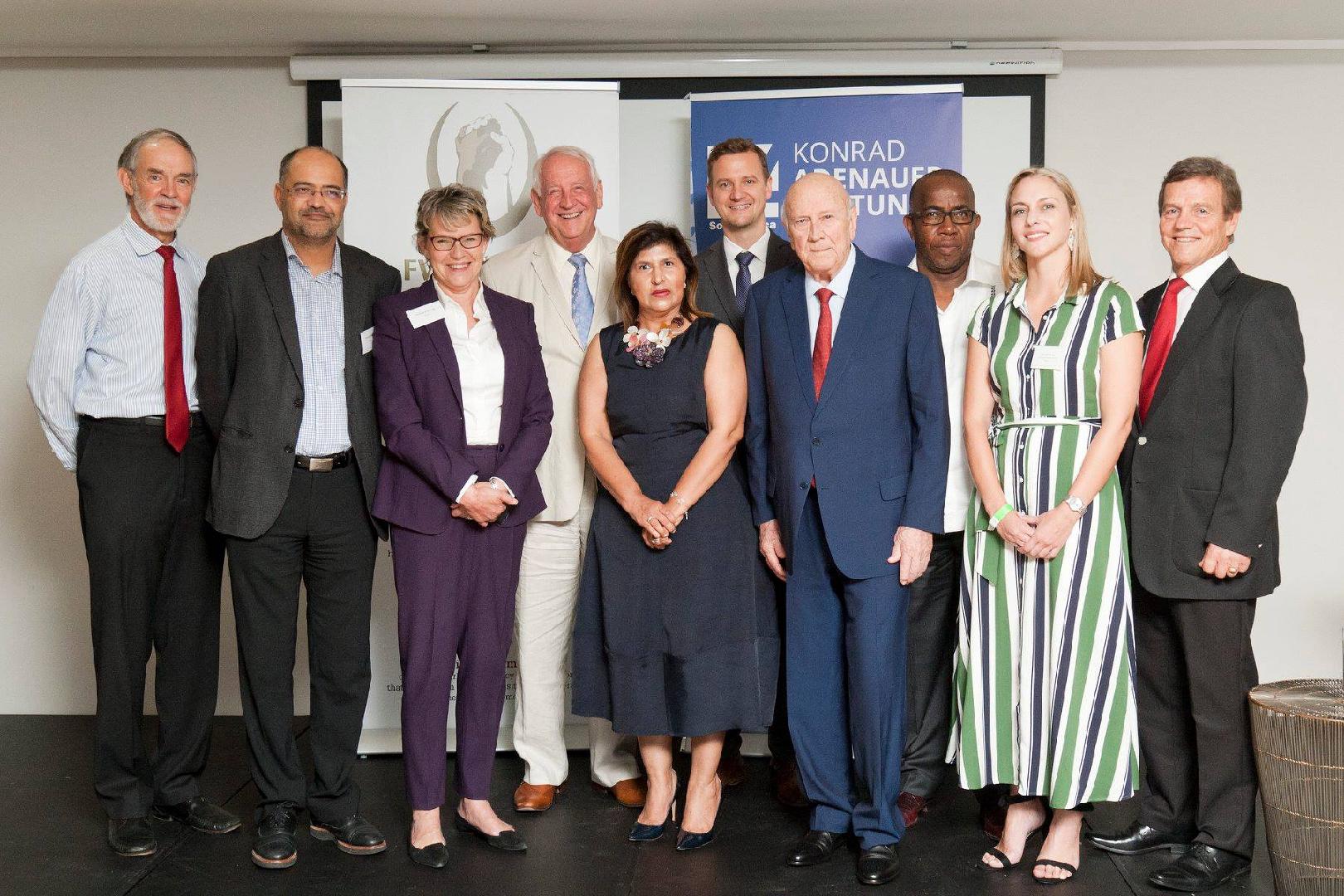 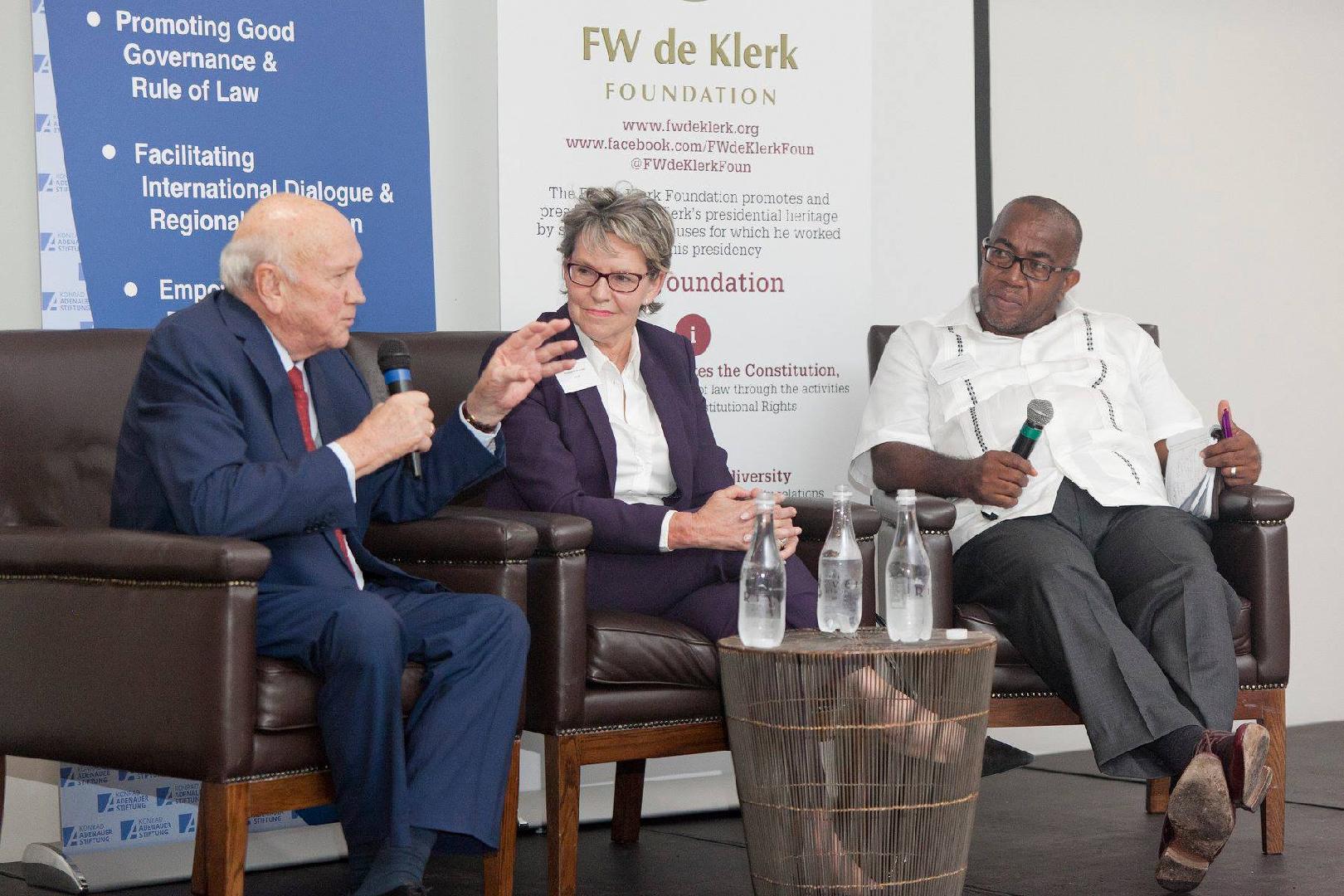 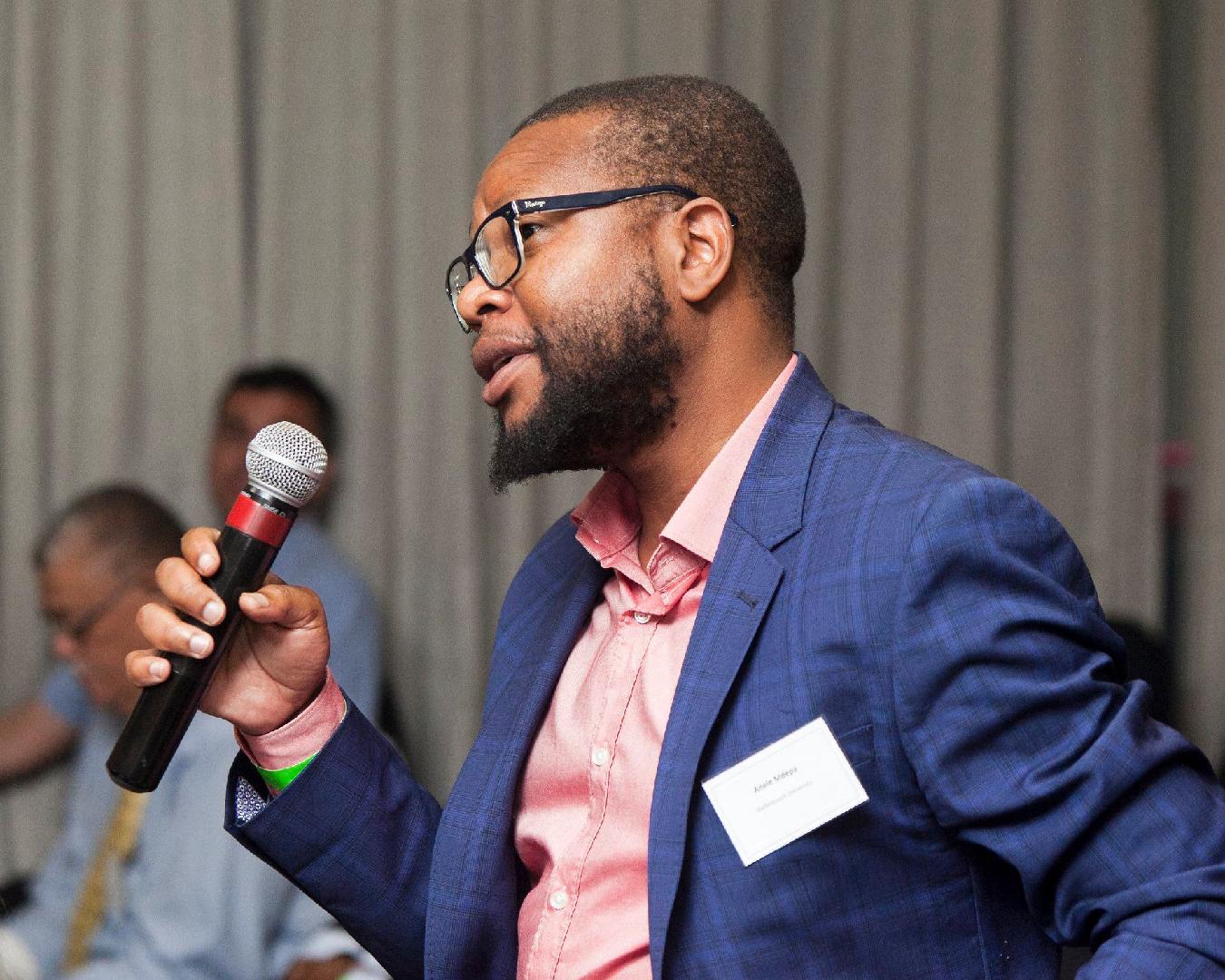 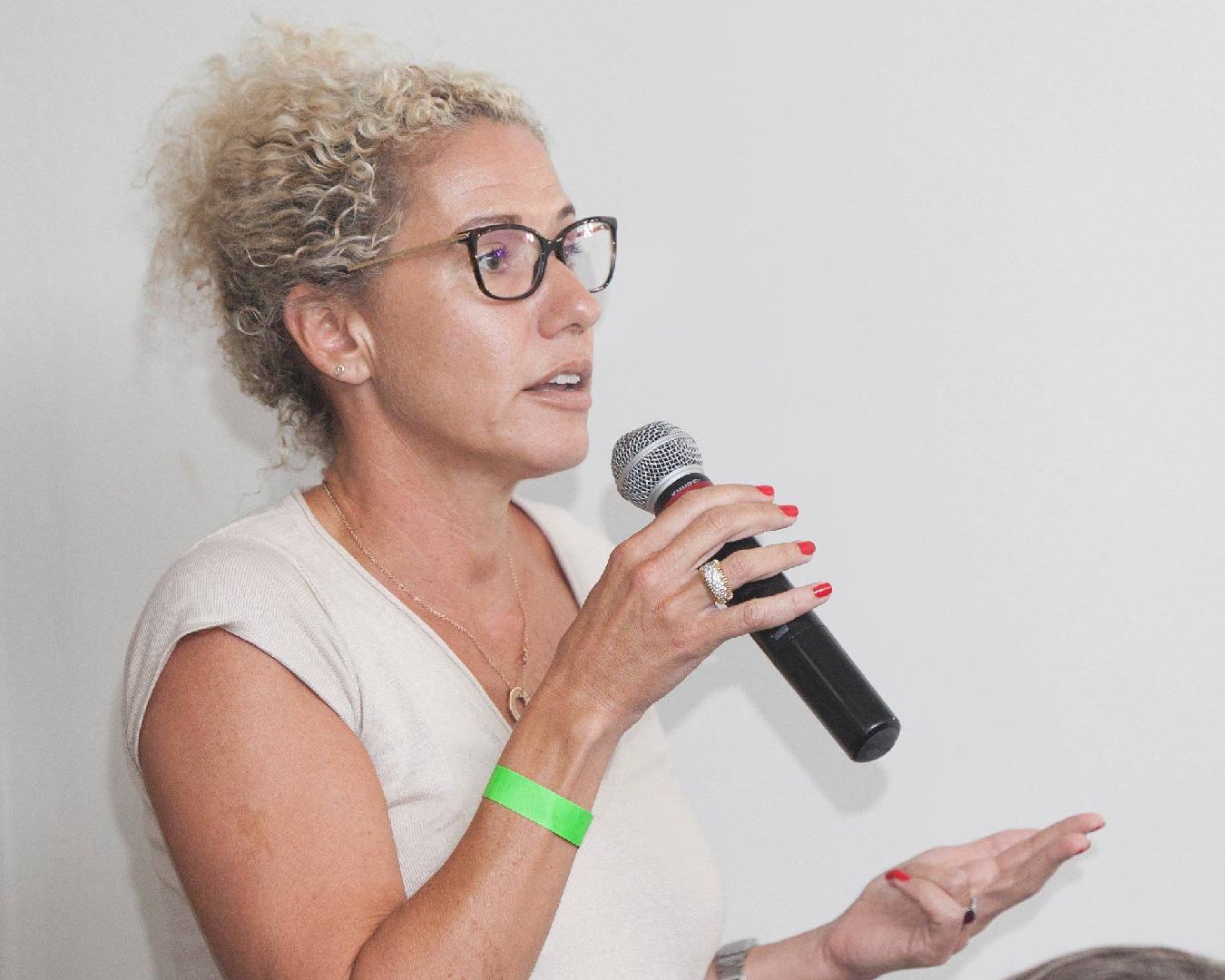 “It is a matter of the deepest national shame that we have not only failed to make progress in achieving equality - but that we are now an even more unequal country than we were in 1994. Indeed, by any measure we are now the most unequal society in the world.”

This statement by FW de Klerk, South Africa's president from 1989 to 1994, Nobel peace laureate and founder of the FW de Klerk Foundation, set the tone for the conference, which focused on the root causes for growing inequality in South Africa and which measures need to be taken in order to reverse this negative trend and make South Africa a more just and equal society.

The FW de Klerk Annual Conference series started in 2010 with the aim to commemorate former president FW de Klerk's historic speech before parliament on 2nd February 1990 that paved the way for South Africa's democratic transition process. Additionally, the conference serves as a platform to address and discuss topics that are relevant for the country's young constitutional democracy.

In his welcoming remarks Henning Suhr, KAS Resident Representative for South Africa, argued in favour of effective policies for social empowerment for gaining equality instead of simplifying the debate by onlyf ocusing on racial division and increasing the tax burden even more for the middle and upper-income class. He pointed out the negative effects of inequality for everyone in society and the disadvantaged situation of poor people who rely on poor public services whereas the upper and middle class can afford to pay for private services and hence depend less on the government. Thisis notably the case in education, where families with a higher income are able to afford private schools for their children. With the poor depending on a dysfunctional public education system, inequality increases even more.

The Struggle for Equality of Opportunity

With reference to the nation's great achievements in the past, particularly the peaceful democratic transition from Apartheid, de Klerk encouraged the audience to work together towards combating inequalityin South Africa - as this is most probablythe biggest threat to a sustainable democracy, political stability and prosperity.

Therefore, it is of upmost importance to fix the education system and create jobs. De Klerk described the education system as a “catastrophic failure” and as one that is worse than in many other much poorer countries. According to de Klerk inequality in South Africa does translate into the distinction between those who have the opportunity to develop marketable skills through education and those who have not as well as between those who are able to find a job and those who are not. Other factors that influence chances in life are family structure, location of residence as well as the overall economic environment. Historically, Whites enjoyed an advantage under Apartheid that still continues to impact today.

Regarding the way forward, former President de Klerk suggested a revision of the current government's Affirmative Actions and Black Economic Empowerment (BEE) policies, since they would have no impact on the bottom 85% of society. De Klerk made the point that indeed, the various redistribution measures by the African National Congress (ANC) have lifted people out of poverty but barely changed the level of inequality throughout society. As a consequence, he appealed to focus on real equality of opportunity. Everyone should have the possibility to “begin the great race of life from the same startingline.” Necessary means to oppose inequality should not be based on race or ideology but instead on relative disadvantage.

Hence, de Klerk strongly advised fixing the education system, for which he received strong support from the audience. In detail this includes infrastructure, quality of teachers, six years of education in learners'mother tongue and limiting the influence of teacher trade unions.

Moreover, job creation by the private sector and small businesses must be promoted by the government in the same way as ensuring economic growth.

The Challenge of Economic Growth in South Africa

Prof Haroon Bhorat explained the reasons for South Africa’s current low economic growth rate and what needs to be undertaken in order to achieve growth again.

The theory of economic development consists of manufacturing as its heartbeat. All former transitions took place from an agrarian economy to a manufacturing economy before eventually becoming a technological economy. Such developments have been observed in countries like Japan and Taiwan.

According to Bhorat South Africa skipped becoming a manufacturing economy and became a service economy instead with aGDP share of 60% located in the service sector. Now, the country is trapped in a situation with a low growth rate. An economy based on services cannot accomplish the same amount of job creation and growth like a manufacturing economy. This mainly has three reasons. Firstly, jobs in servicesare mostly located in the public sector, which means that the creation of too many jobs has negative effects since it burdens the purse of tax payers . Secondly, the service sector is not as labour intensive as manufacturing, hence not as many jobs can be created. Thirdly, in the high-tech service sector very specialized, often highly skilled labour is needed.

South Africa is not the only country worldwide facing the challenge of fewer shares in growth through the manufacturing sector.Today, developing countries have less opportunity in manufacturing since this sector mainly takes place in highly industrialized countries and China.

Prof. Haroon Bhorat suggested to build economic complexity, which means exporting goods that are not exported by others and diversifying the country's variety of goods.

For example, exporting rock wool, an insulation material, could be a massive boom for South Africa since the country is one of the global leaders in quality and price. Prof Bhorat's presentation provided new insights into South Africa’s economic situation and pointed out that chances for inclusive economic growth are there – they only need tobe taken.

Dr Botha stated that South Africa’s inequality is not one-sided and varies depending on which issues are compared. For example, the unemployment level in the various provinces differs significantly: The unemployment rate in the Free State for example is twice as high as the one in Limpopo.

Furthermore, he suggested taking into account that South Africa is able to provide services like social grants even though its GINI coefficient, a measure for inequality within a country, is the highest in the world.

The presentation indicated a general progress of black South African household’s income with a decelerated progress during the nine years of Zuma administration. Dr Botha pointed out that opportunities for change are visible since President Cyril Ramaphosa came to power. The president’s initiative to work with the private sector and built a task force to promote the agricultural sector are positive steps and raise hopes for more far-reaching government interventions after the upcoming National Elections.

Reducing Inequality in the Education System

Ms Penelope Vinjevold gave an overview of the challenges that the South African education system currently faces by looking particularly at the situation in the Eastern Cape.

In order to improve the quality of education, the system's ineffectiveness needs to be addressed. Since government's budget for basic education exceeds all other sectors, an increase in funding would not be sufficient in order to enhance learners' school experience.

According to Vinjevold, the necessary step would be to reduce the total number of schools by closing schools with less than 135 learners in order to improve quality since small schools are more susceptible for inadequate quality. Currently, there exist 1.416 schools with less than 135 learners involved. Merging of schools and realigning the two different forms of high school would help with this matter. Often the mentioned schools are one-teacher schools in the former homelands. Reducing the total number of schools would also make it easier to tackle school's infrastructure backlog in the Eastern Cape.

Furthermore, enhancing learner's grade 1 experience so that fewer learners would have to repeat this class and hence would not begin their educational career with a perceived failure, would serve as an opportunity for improvement.

Additionally, Vinjevold advocated for the use of existing system data for policy making, especially for locating inefficiencies and blockages for equality. Moreover, norms and standards for funding must be developed and teacher allocation to schools must recognize the class sizes, poverty levels as well as equity.

Despite the serious challenges in South Africa's education system there is still hope. In 2017 more learners than ever before obtained their matric. However, delivering quality education is now a matter of urgency. 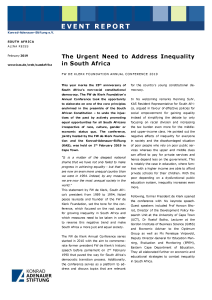