“Together for Justice – Exploring contemporary challenges for churches and civil society in the context of post-colonial Southern African and German Partnerships” was the title of the conference jointly organized by the South African Council of Churches (SACC), the Evangelische Kirche Deutschland (EKD), the Desmond Tutu Centre, the Ecumenical Foundation of Southern Africa Institute, the Centre for Christian Spirituality and Kairos Southern Africa with financial support of the KAS. The conference took place from the 14th to the 17th of March 2018 at the University of the Western Cape (UWC).
March 27, 2018 Ordering Information 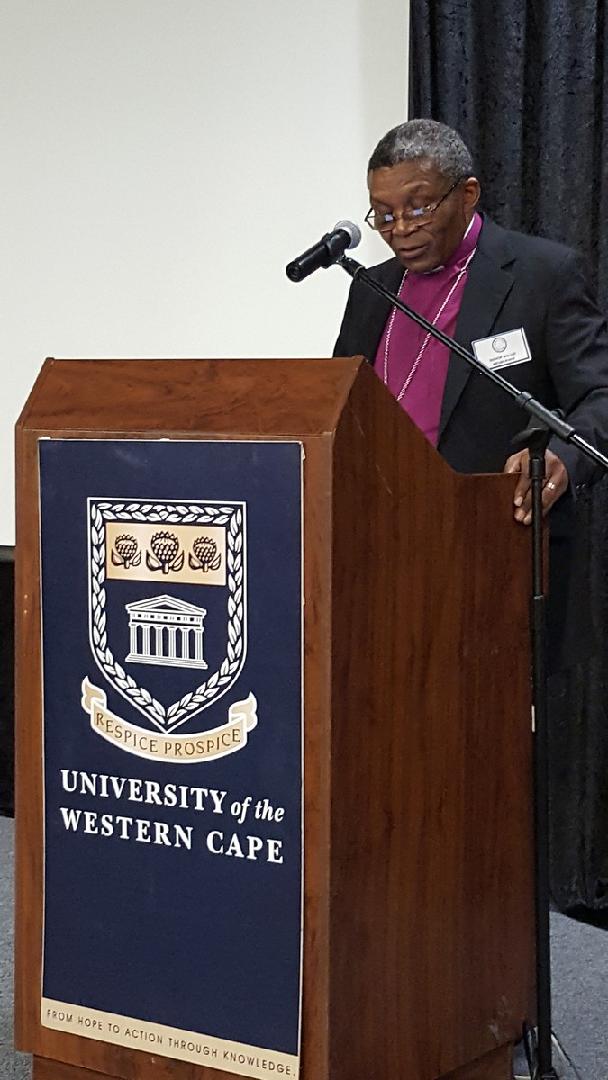 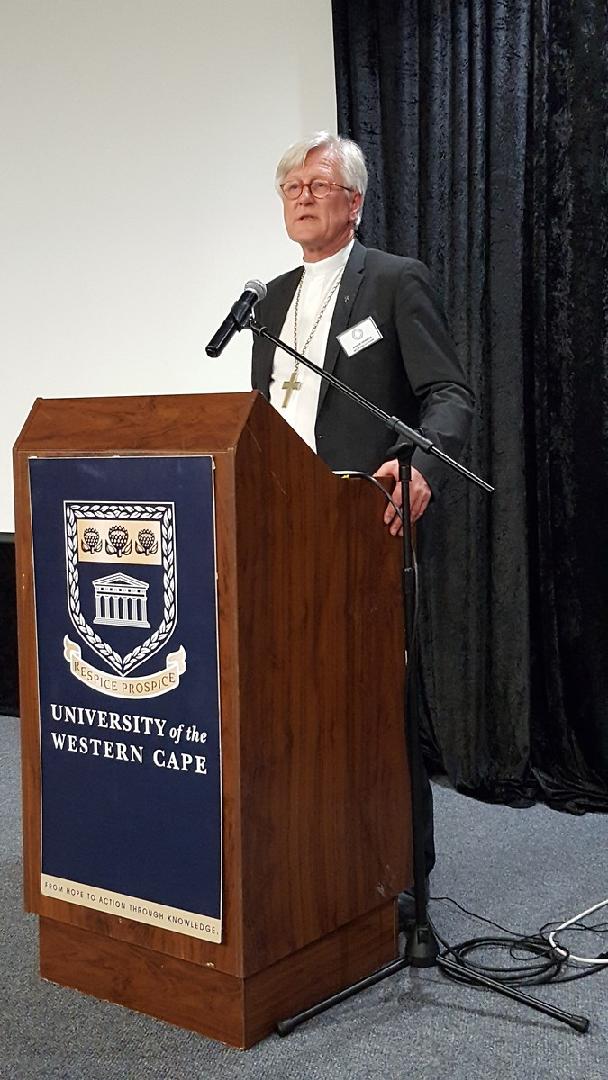 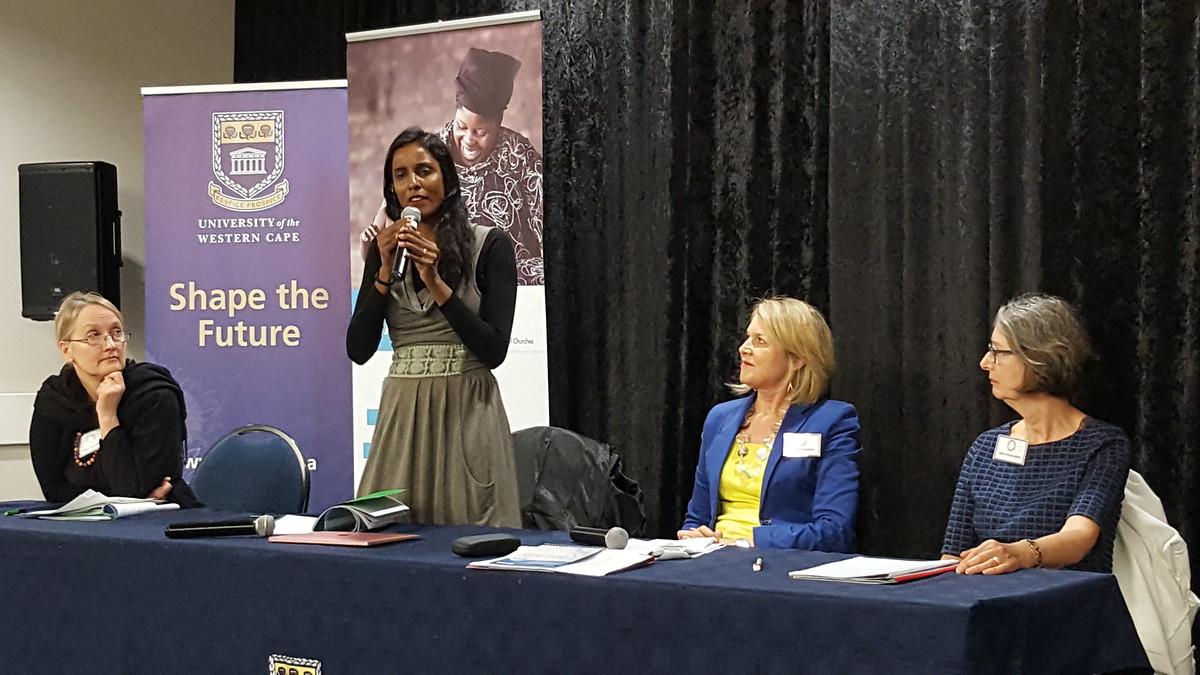 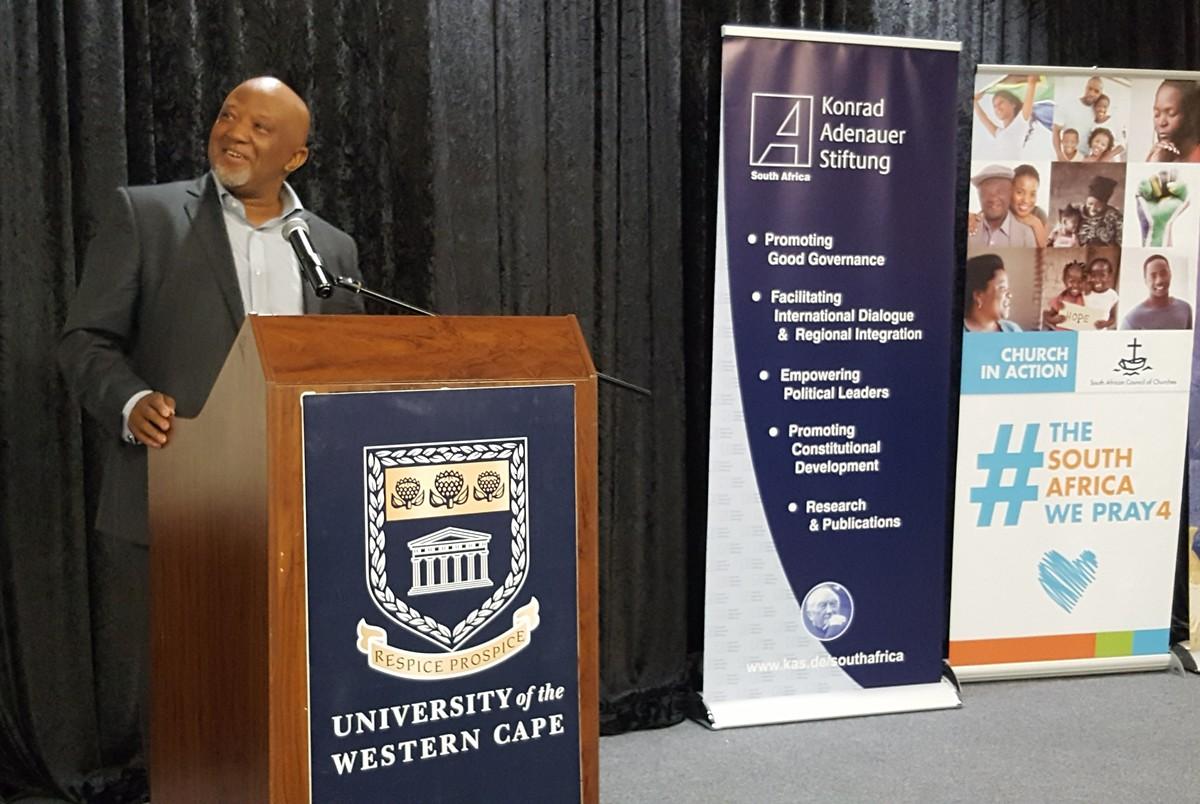 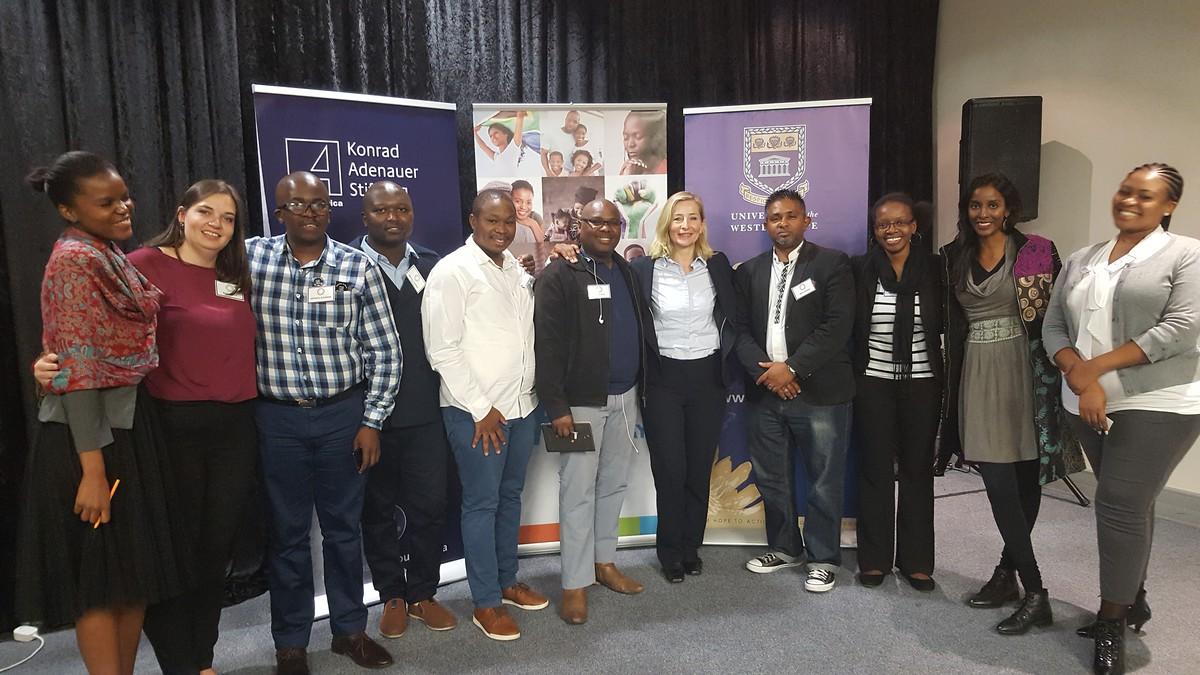 The conference engaged in extensive discussions regarding power relations and partnerships between the Southern African and German churches and civil society organizations focusing on issues pertinent to South Africa post-Apartheid, such as “state capture”, inequality, poverty and unemployment as well as socio-economic and political challenges in Germany - such as the refugee crisis and right-wing populism.

The conference was opened by Prof. Tyrone Pretorius, Rector of the UWC, and Prof. Sarojini Nadar, Director of the Desmond Tutu Centre. After the welcoming remarks of other esteemed guests from South Africa and Germany, the first panel discussion ad-dressed the issues of power concerning gender, race and class in the South African context.

An “Economy of Solidarity”

The panel discussion was followed by two keynote speeches from Bishop Heinrich Bedford-Strohm, chairman of the EKD, and Thabo Makgoba, Anglican Archbishop of Cape Town. Bishop Bedford-Strohm first reflected on the German colonial past, the role of the church under Apartheid and the impacts of colonialism in general that until today negatively affect many countries, especially in the Southern hemisphere. He then presented the role of the churches in order to overcome the current injustices. He highlighted the need for a new “economy of solidarity” and pleaded for reconciliation be-tween inspiration and incentive. Bishop Bed-ford-Strohm argued that the churches have an obligation to exert pressure on governments and states to bring together economy with social and ethical norms.

Archbishop Makgoba highlighted the important role of the South African churches in rejecting Apartheid and referred to the famous KAIROS document. However, he also noted that people from faith communities did not always speak up and by staying silent became complicit with an unjust sys-tem. His vision is therefore to strive towards a just society, which respects the constitution and the rule of law and which is built on a collaborative approach between faith institutions and the government. The first day of the conference was closed by a Q&A session, to reflect on the discussed topics.

On the second day of the conference, high-ranking speakers from religious, public and academic institutions spoke about socio-political justice and socio- economic justice. Prof. Dr. Gerhard Wegner, Sozialwissenschaftliches Institut der EKD, focused on the rise of populism, racism and xenophobia in the wake of the refugee crisis in Europe. He gave insights into the rise of the right wing parties in Europe in general and in Germany in particular and the resulting open aggression towards migrants and refugees. Prof. Wegner urged the churches to take on an active role in fighting for democracy.

Another distinguished speaker was Mr. Mcebisi Jonas, former Deputy Finance Minister in South Africa. Mr Mcebisi called for a new inclusive economic growth consensus for South Africa in order to achieve an inclusive society with vibrant civic participation, broader economic ownership and an overall solid economy. The new consensus should replace the old consensus introduced in 1994 – which left millions of South Africans excluded from the formal economy - and should be adopted to hold everybody, especially the government and the corporate sector accountable in order to build a corrupt free state, increase black share of wealth and rebuild the education system.

The following speeches dealt with topics such as value-added chains in transnational trade as well as strategies to alleviate poverty, fight inequality and promote development in South Africa. The speeches were furthermore complemented by round table discussions and expert summaries.

The third day covered issues of ecological justice. A keynote speech was given by Mr. Kumi Naidoo, former executive director of Greenpeace International and chairperson of the Global Call for Climate Action. He called for fundamental change in people’s outlook, rejecting the notion that happiness comes from consumption. He emphasized that today’s global consumption patterns and global economies reliance on fossil fuels are the main factors for climate change. Climate change with its consequence of droughts, floods and the rise of sea levels will be in future one of the key driving factors for migration. Consequently the goal must be a green inclusive society, which economy is based on renewable energies. To reach this goal, Mr. Naidoo presented two visions. The first was solar energy and a rooftop revolution (every roof would have solar panels) which would in addition lead to a “democratization” of energy. The second would be a transformation of the current infrastructure, which still reinforces inequality patterns, such as access to jobs, to good schools, to decent health care and so on.

The main objective of the conference was to provide a platform where the panelists and the participants from a wide range of churches, faith based organizations and civil society organizations could identify the contemporary challenges in South Africa and Germany and to critically reflect what measures need to be taken to overcome them. Based on the critical reflections, the panelists and participants jointly formulated strategies for praxis oriented engagement. The overall aim was to strengthen cooperation between the churches, mission agencies and civil society organizations based in South Africa and Germany. 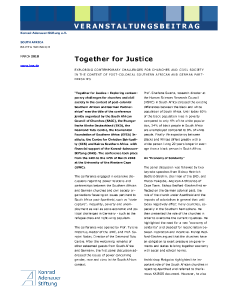